Shay Mitchell looked stunning posing on the red carpet in a vibrant lime green fuzzy dress as she attended the 2022 Fashion Awards on Monday.

The 35-year-old actress exuded confidence in the flattering dress, accented with tulle at the hips, cascading to the hem.

The Pretty Little Liars alum added heart-shaped heels to match the straps of her dress.

Va-voom: Shay Mitchell looked stunning as she posed on the red carpet in a vibrant lime green dress at the 2022 Fashion Awards

The Canadian actress wore her dark hair up and accentuated her natural beauty with full eye make-up.

The series premiered in June 2010 and ran for seven seasons before ending in June 2017. 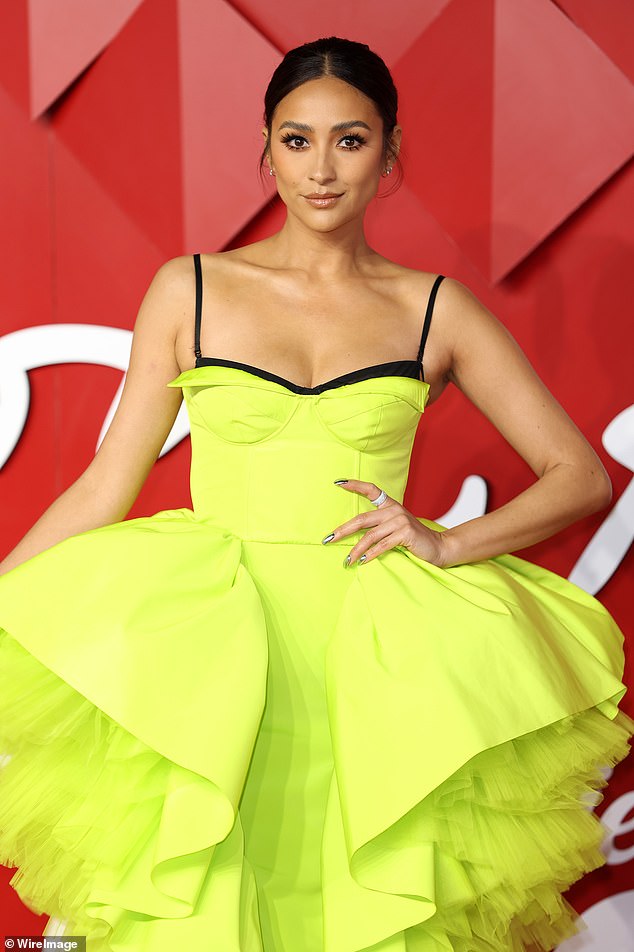 Nailed it: The 35-year-old actress exuded confidence in the flattering dress accented with tulle at the hips, cascading to the hem 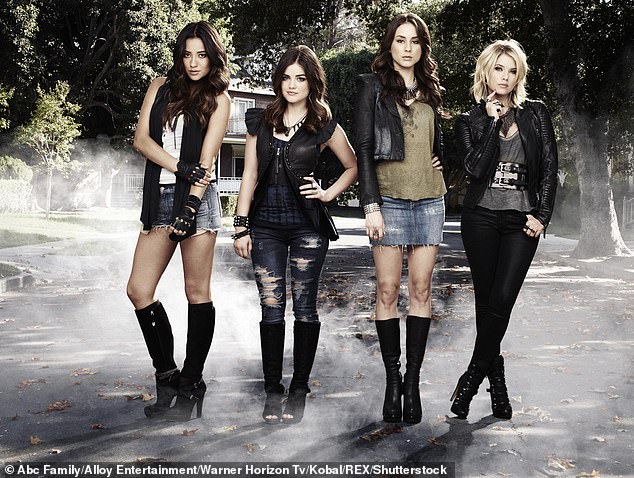 Popular show: The actress can be seen in a 2010 promo for Pretty Little Liars starring Lucy Hale, Troian Bellisario and Ashley Benson 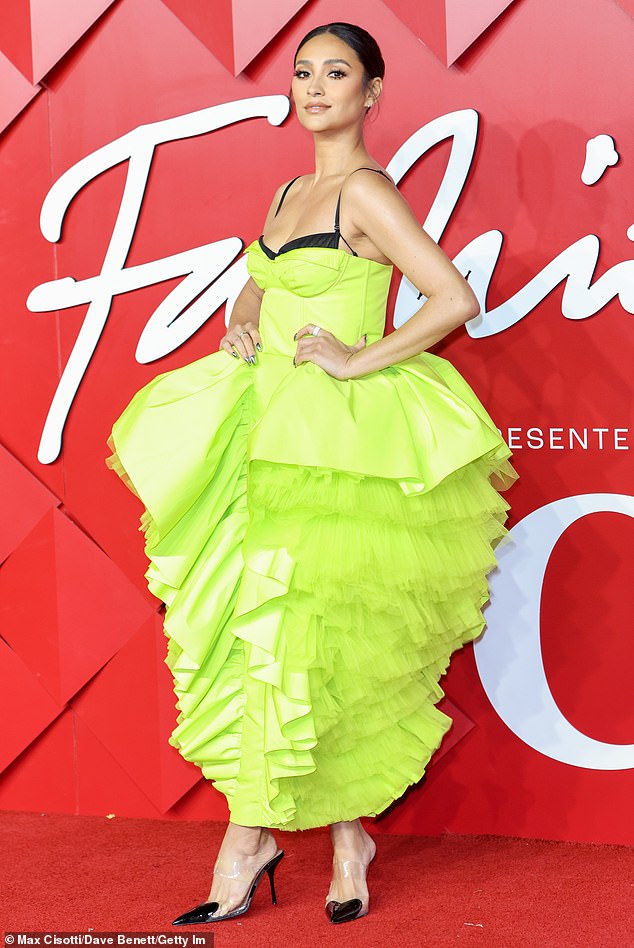 Shay starred in the Hulu comedy series Dollface, also starring Kat Dennings, Brenda Song, and Esther Povitsky, which aired for two seasons before being canceled in May.

She is an executive producer of the Fox crime drama series The Cleaning Lady, which was renewed for a second season which premiered in September.

Shay also has a minor role in the upcoming adult animated TV series Velma based on Velma Dinkley from the Scooby-Doo franchise.

The mother of two has a three-year-old daughter Atlas and a five-month-old daughter Rome with Matte Babel, with whom she has been in a relationship since 2017. 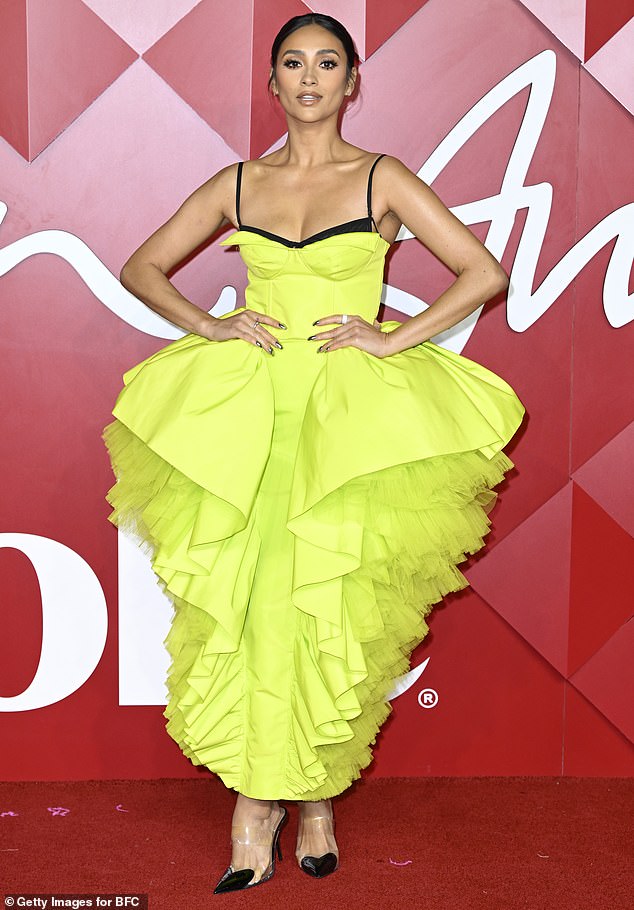 Natural beauty: The Canadian actress had her dark hair pinned up and accentuated her natural beauty with full eye makeup

One of the most anticipated moments of the global fashion calendar, the event celebrates fashion at the crossroads of culture and is a global entertainment platform for brands, creatives, designers, artists and tastemakers coming together to celebrate the industry.

The Awards is a fundraiser for the BFC Foundation (British Fashion Council) and aims to celebrate excellence in the fashion industry and support the future pipeline of creative talent.

The ceremony was first held in 1989 to highlight those who make impressive contributions to the industry. 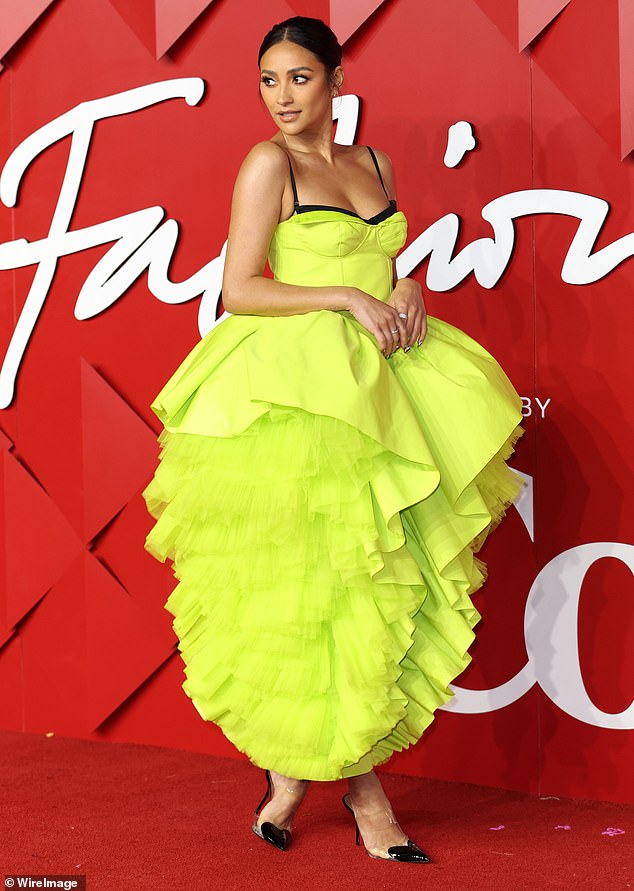 The Model of the Year Award recognizes the global impact of a model who has dominated the industry for the past 12 months, with influence that transcends the catwalk.

Nominees for Designer of the Year are Demna for Balenciaga, Jonathan Anderson for JW Anderson and Loewe, Matthieu Blazy for Bottega Veneta, Miuccia Prada and Pierpaolo Piccioli for Valentino.

Burberry is being recognized for its significant innovation and experimentation within the Metaverse World over the past 12 months and for pushing boundaries to demonstrate excellence in this space. 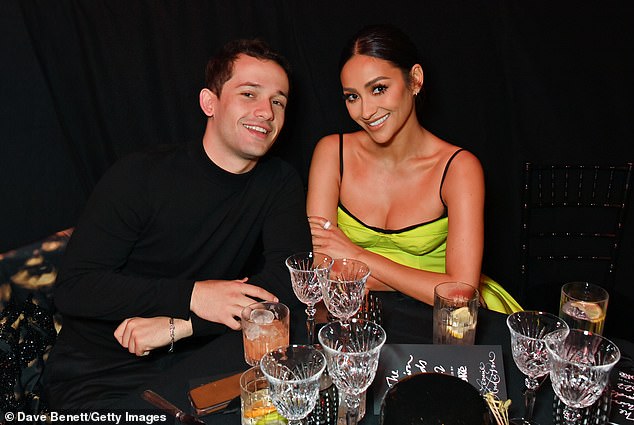 Designer of the Year: Pierpaolo Piccioli for Valentino

The 15 designers, brands, creatives and individuals who have made positive change in the fashion industry over the past year in three categories: Environment, People and Creativity.

Recognizes designers and brands who have made a global impact over the past year through their creativity in design, campaigns, collaborations and strong business foundations, and who have shaped global fashion.

Celebrates those who have made significant contributions to reducing the environmental impact of our industry to create positive change. They are the leaders and set the bar high by exploring new business models, design principles, production processes, consumption and disposal.

Recognizes those who have led change by encouraging equal, diverse and empowered employees from headquarters to the supply chain and shop floor. It focuses on the impact fashion has on communities.

Birmingham Boy, 12 years old, dies when his e-scooter collides in horror with a bus 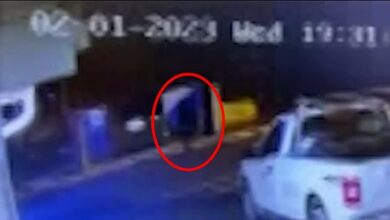 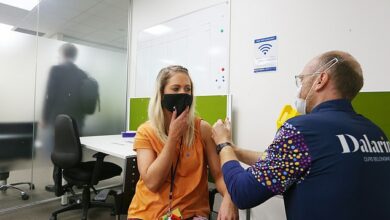 Kyrie Irving: ‘I felt very disrespected’ in Brooklyn
15 mins ago