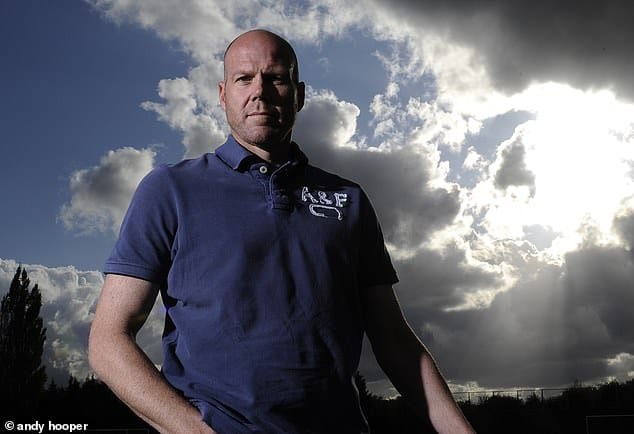 Nine minutes of extra time… nine minutes! It was so nerve wracking! In fact, all 54 minutes of the second half against Iran were nerve-racking. I almost jumped through the television when Haji Wright didn’t get the ball to the corner with two minutes left!

But the United States did it. They are in the last 16 of the World Cup. It’s a huge result and it was a great day for American football. Getting through games, and moments like that, really brings a team closer together.

Now there is another big game ahead with the draw in the last 16 against the Netherlands. They’ve won Group A and have some great players, but of them, Senegal and Ecuador, they’re the team I’m most comfortable with. It’s a tough game, but it suits us just a little bit more. 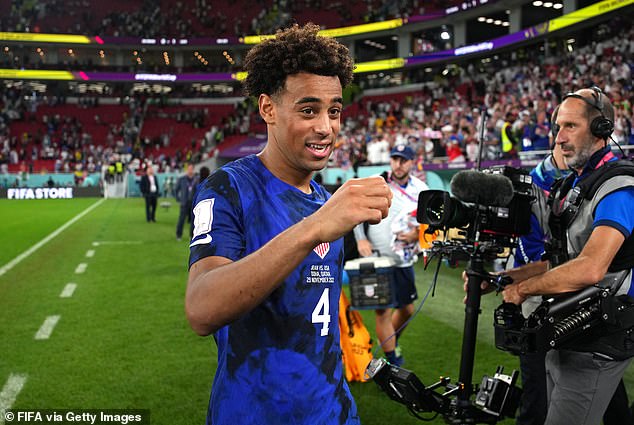 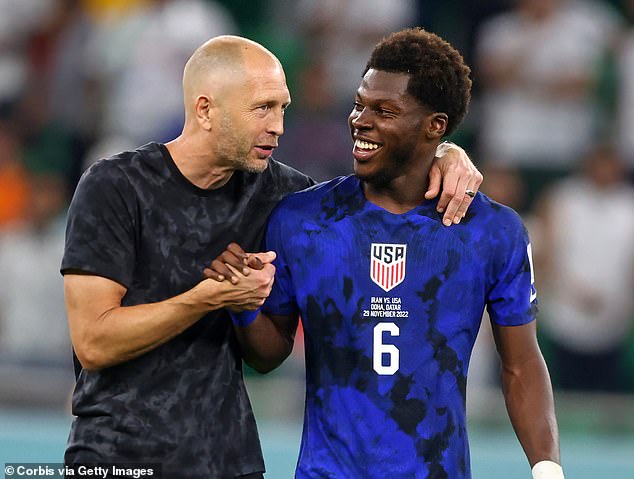 The Netherlands will want a little more possession, they will attack and they will leave room for us to counterattack. Then we are at our best. But there are three big players in this Holland team.

The first is Virgil van Dijk, the captain and central defender. We don’t have an out and out No. 9 scoring many goals in that position, as much as I like Josh Sargent and he was impressed with how hard he worked against Iran.

It could just mean doing what we normally do and getting goals from elsewhere, where Van Dijk will have less influence – late runners from midfield or on the counter-attack.

In midfield is Frenkie de Jong, the Barcelona player Manchester United wanted so badly this summer. I think it will be an intriguing game against what I believe are the three most important players on the US team, midfielders Yunus Musah, Tyler Adams and Weston McKennie.

It will be fascinating to see how De Jong handles the athleticism of the three we have. Technically, he is very gifted. Will he pin them back or will he be pinned back a little?

In attack there is Cody Gakpo, who already scored three times in the tournament. I am really impressed with him. At club level he looked good for PSV, but you never know how they will do on the international stage. Let’s face it, he’s not doing bad!

He will be hard for us to stop. He would be a handful for anyone, even if you turned it around and we had Virgil van Dijk. 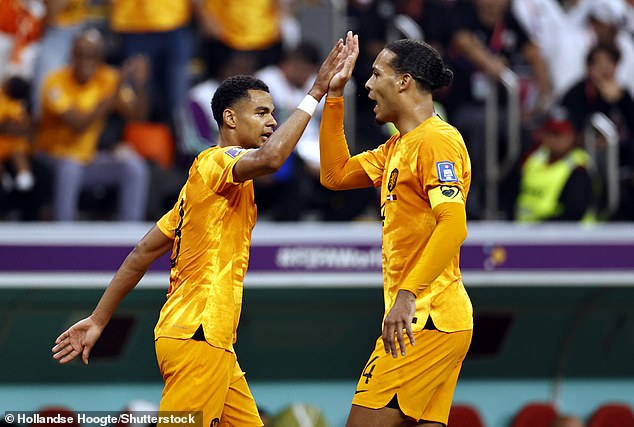 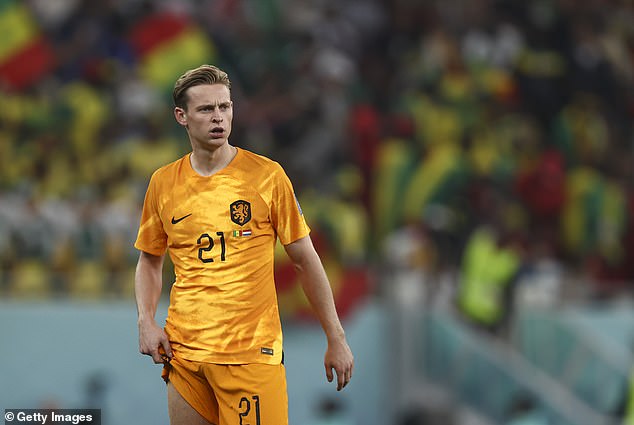 In midfield, Frenkie de Jong is technically gifted and also a player to stop USA

I would assume Cameron Carter-Vickers will keep his place for Walker Zimmerman, I thought he performed well vs. Iran. Walker hasn’t been at his best in the tournament.

I thought the full-backs, Sergino Dest and Antonee Robinson, were excellent against Iran and impressed throughout the tournament. They are two very important players and they have added a lot of attacking options, especially in the first half.

It was of course Dest who provided the assist for Christian Pulisic’s goal. It was a very well executed move, McKennie’s ball to Dest and he headed over the net and into Pulisic – who took the pain for it.

McKennie was out after 65 minutes as he continues to build up his fitness after a leg injury leading up to the tournament. That is now three games in eight days in which he has played at a fantastic level.

But the US will have to be careful because if he is not fit, we have a big whole in our team. You will notice when he comes out against Holland. It would be a bigger hole in the team than if Christian Pulisic were missing.

I also wonder if this will be a game where Gio Reyna will start. I don’t believe all the stories around Gio, but honestly he’s just such a good player. There has been a fight between him and Berhalter in recent days.

I have no idea if that’s the case, but look, what I can say is that if it is, it doesn’t affect the squad. Look at the work rate of the players – that’s not a sign that people are unhappy. 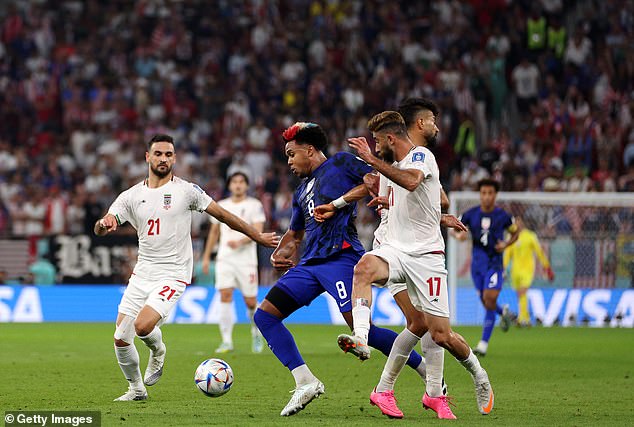 Weston McKennie impressed again for USA vs. Iran – his fight with De Jong is central 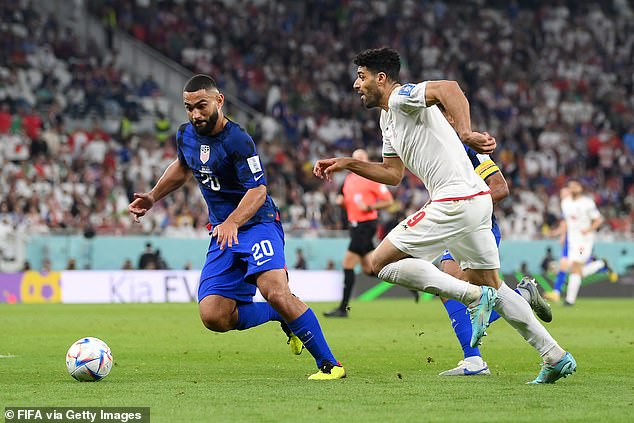 And really, Gregg did a good job picking the teams, formations and tactics. I support him to do the same.

We have a lot of really good quality young players – Brendon Aaronson is good enough to start, Luca de la Torre hasn’t played yet but is fantastic. We get a number 9 and we’re up there. Can you imagine our team with a Robert Lewandowski? We would be great!

And we could still have a really good No. 9 in the future. Let’s see how Sargent turns out, how Ricardo turns out Pepe. Brendon Vasquez is still young. Let’s see how these players develop, we are a developing country.

The whole country wanted and expected them to leave the group. I’m not saying it’s done, you always want to progress in the tournament, but we’ve reached a certain level of respect and more and more fans will want to jump on the bandwagon.

So I think from this tournament onwards, when the players come home, it will have been successful.

If the US had played three games and been out, there would have been skeptics about American football again – American football is bad, Major League Soccer is bad, Gregg is bad. There will still be naysayers if we lose to the Netherlands, but the overall mood should be very positive looking to the future.

Merry - January 27, 2023
Archaeologists have made major discoveries at the ancient ruins of the Saqqara pyramid. Source link