Americans are lauding Harry and Meghan after their bombshell Netflix special released, hailing the ‘fairytale’ couple who are ‘winning the PR’ battle, a US correspondent has claimed.

Noel Phillips, speaking to Good Morning Britain, said while there have been ‘mixed reviews’ in the royal couple’s new home country, their story has been ‘resonating’ with the public.

Meanwhile in Britain, the series has been met with an outcry, with calls from ministers to boycott Netflix and strip the pair of their titles.

Phillips told viewers: ‘Mixed reviews so far, but the overwhelming feeling is that the couple are winning the PR brand management strategy.

Americans are lauding Harry and Meghan after their bombshell Netflix special released, hailing the ‘fairytale’ couple

‘Harry and Meghan are not just rewriting the royal narrative that we all know of their lives so far, but they are creating this brand new American fairytale and it seems to be resonating with a lot of people.

‘I spoke to one woman earlier today who told me she was in tears watching the series, “they are just couple goals”, she went on to say.

‘Another man said, “I was expecting a lot of drama and for tea to be spilled”. I assume he’s referring to the accusations of racism and bullying.

‘He then went on to ask me: “Is your country really that prejudiced and outdated when it comes to race?”‘

Phillips then said he spoke to an unnamed family member of George Floyd after Meghan spoke out after his death about the injustices faced by black people in the US. 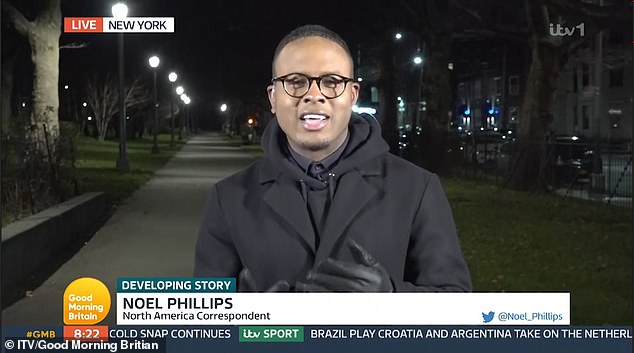 Noel Phillips, speaking to Good Morning Britain, said there have been ‘mixed reviews’ in the royal couple’s new home country

The family member told Phillips of the royal pair: ‘We will gladly take them if Britain don’t want them.’

The public mood reflects the fawning media reaction in the US, while on the other side of the pond the couple were lambasted for speaking out against the family.

Morning show hosts like Meghan’s friend Gayle King on CBS said it was a ‘good thing’ the couple was ‘finally’ being allowed to have their ‘say’ – despite having previously told their story to Oprah, and recounted it in episodes of a Spotify podcast.

CBS foreign correspondent Holly Williams gushed that it was a ‘beautifully produced’ series that shows the inner workings of a couple in love and ‘victimized’ by the press. 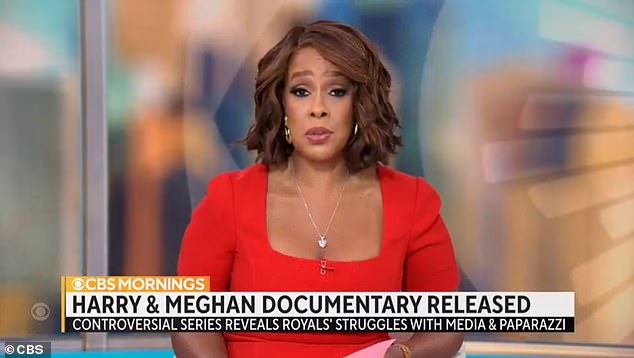 Meghan’s friend Gayle King said it was a ‘good thing’ the couple was allowed to tell ‘their story’ and claimed: ‘People will have a different perspective when they hear what they have to say’ 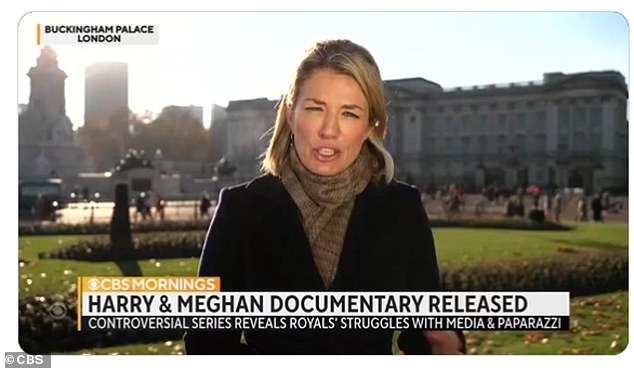 But it could impact their already-strained relationship with the royal family, @HollyMAWilliams reports. pic.twitter.com/ZtPBT6lrF5 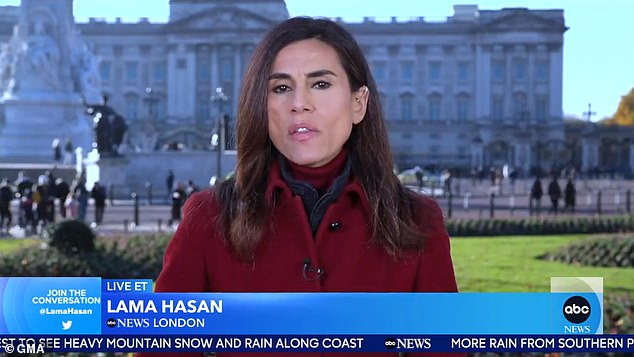 ABC reporter Lama Hasan launched her report with a generous description of the series: ‘This gives unprecedented access to Harry nd Meghan,  packed with their personal photos. They want to tell their version of the story… all of these interviews were carried out before the Queen’s death,’ she said

‘A beautifully produced vision of family victimized and pursued by the media. Some will say it’s a high end reality show, but it’s also a searing critique of the UK tabloid media and the relationship with the royal family,’ she said.

She also claimed that Harry and Meghan’s sensational claims of racism against the royal family were ‘bolstered’ by the fact that far-right extremists had threatened Meghan.

Back in the studio, Gayle said it was only a ‘good thing’ that Harry and Meghan were being allowed to share their story ‘in their words’.

‘People get to hear in their own words what they were dealing with. People will have a different perspective when they hear what they have to say.

‘Now they get to have their say. It’s a good thing,’ she said.

On NBC, hosts Savannah Guthrie and Hoda Kotb, along with the royal correspondents and reporters interviewed, were more balanced.

Keir Simmons pointed out the royals’ claim that none of them were contacted for their comment, despite Netflix claiming they declined to contribute.

Correspondent Katie Nichol also pointed out that Meghan and Harry had been handsomely paid.

‘You watched it so we don’t have to,’ said Savannah at the start of the segment.

Online, NBC News branded the growing rift an ‘epic squabble’ but says the series offers ‘little new information about the couple and the controversies that have swirled around them.’ 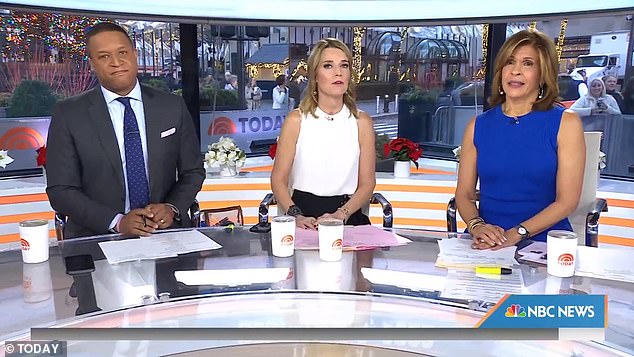 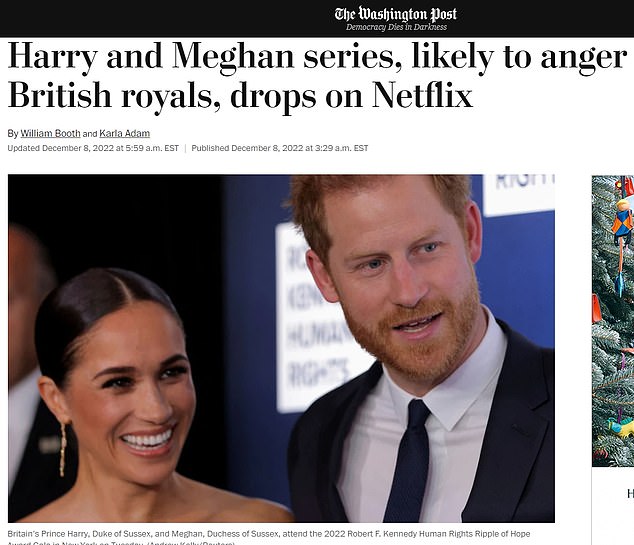 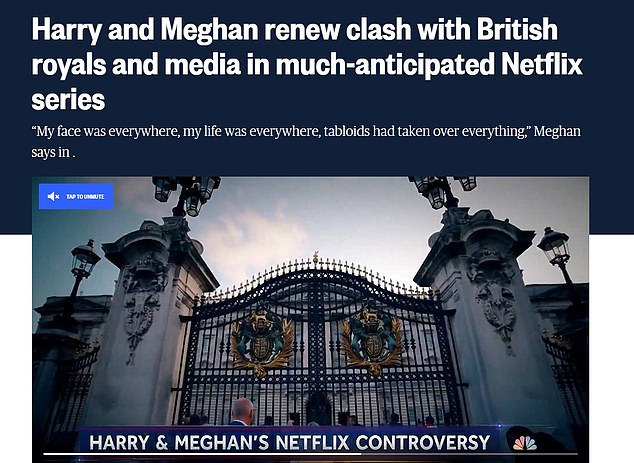 Online, NBC referred to the ‘clash’ between the royal family and Harry and Meghan and described the affair as an ‘epic squabble’ 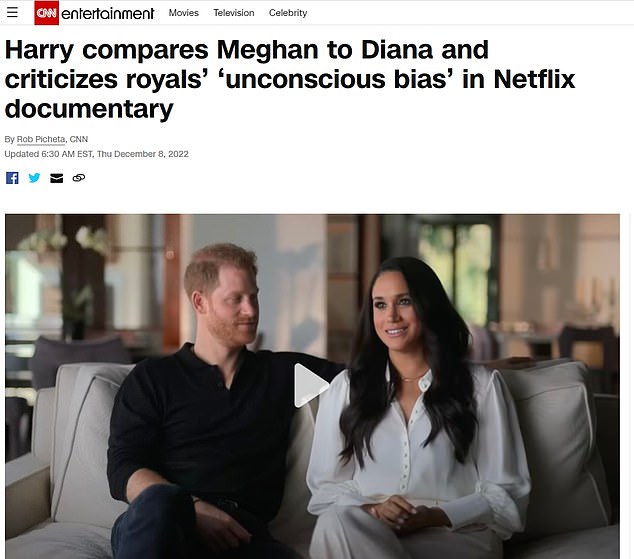 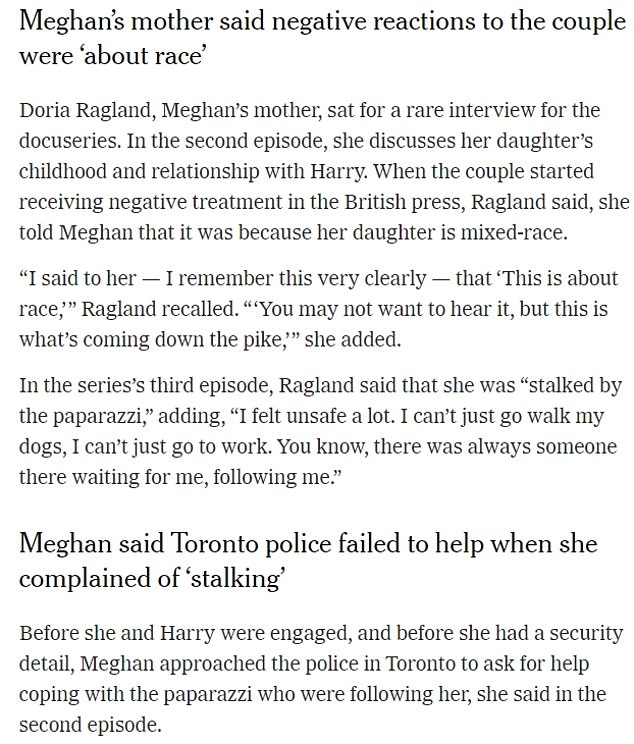 CNN highlighted how the Duke and Duchess took aim at the ‘unconscious bias’ inside the royal family, as they fiercely defended their decision to quit in the explosive ‘Megxit’ row.

The Washington Post said the streaming series is ‘likely to anger British royals’, describing it as an ‘attempt to seize control of the narrative about their rift.’

On Good Morning America on ABC, correspondent Robert Jobson unleashed on the pair.

‘I found it quite difficult to watch in places because I think Harry didn’t know what day of the week it was.

‘Meghan looked really at a loss and I’m not sure that they are going to look back at this and think it was one of their finest hours.’

The second installment of the docuseries airs next Thursday.

So far, the show has not revealed any new information about the couple or how they claim they were treated by the royals.

It has been compared to a Kardashians-style, reality-TV look at the life of a pair who have in the past complained about not having enough privacy.

Whitney Hughes and April Banbury of MAFS UK have been resigned from the Xmas special. 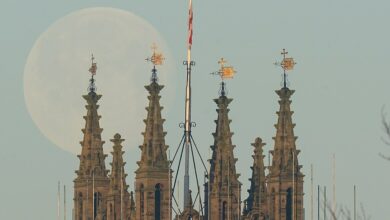 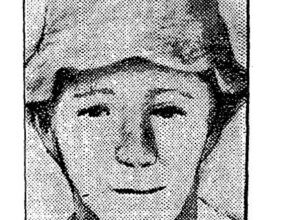 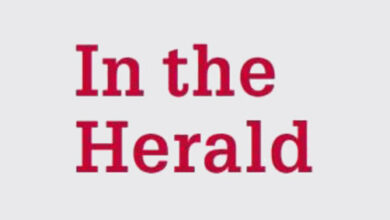 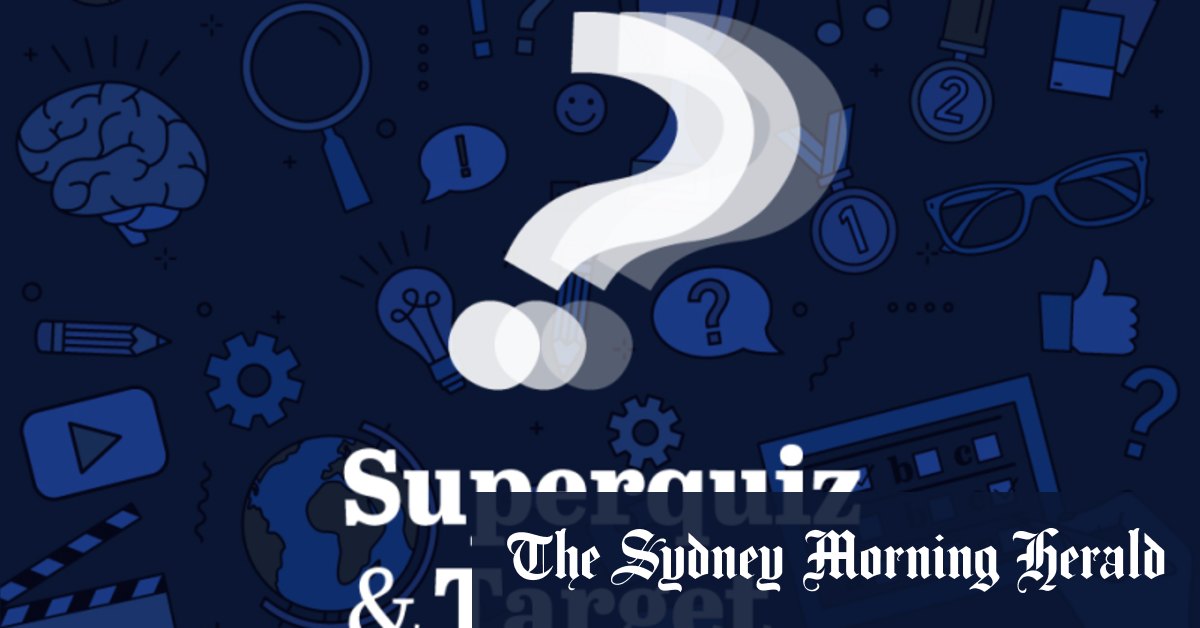