This felt like the rerun of a bleak old movie for long enough for Rangers and their supporters.

Frustrated by their own shortcomings and equally by Livingston’s commendable determination, there were echoes of the club’s old post-Christmas form as the clock struck 75 minutes.

Just when it looked like a few lost points at Pittodrie would be compounded by an unforeseen misstep at home, Scott Arfield’s intervention from the bench changed the story completely.

His contract expires in the summer, so the midfielder could be counting down the weeks until the end of his Ibrox odyssey. If that turns out to be the case, he will look back on this evening with considerable satisfaction. 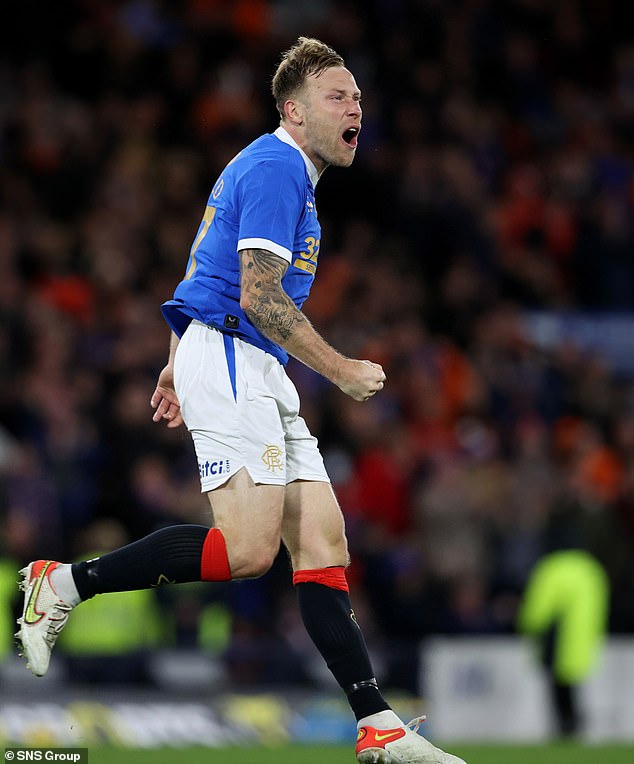 Man of the match: Fashion Sakala.

Giovanni van Bronckhorst’s weakened side struggled all night to find a flow. They created a series of half chances, but they lacked goal and conviction in front of goal.

In the relentless rain on the south side of Glasgow, it had all the hallmarks of an untimely slip.

With a cross from Borna Barisic out of reach for Max Stryjek, Arfield raced to take the applause from his supporters with his signature salute. Relief was the overwhelming emotion in the arena.

As disappointing as his performance was, this felt like a big moment in the title race.

Ranger still have a four-point lead for their trip to Dingwall on Saturday, meaning they will travel to Celtic Park as the frontrunners.

However, they won’t need anyone to tell them to radically improve this mediocre display if their hopes of extending their lead after the derby remain intact.

Livingston gave his all and will regret a momentary loss of concentration that cost them an unlikely share of the spoils.

But they will comfort themselves knowing that they will play worse and win in the remaining games of this season.

Alex Lowry stood out when he replaced the troubled Ianis Hagi for Stirling Albion last Friday and Van Bronckhorst’s lavish accolades were backed up for a first start for the teenage midfielder. 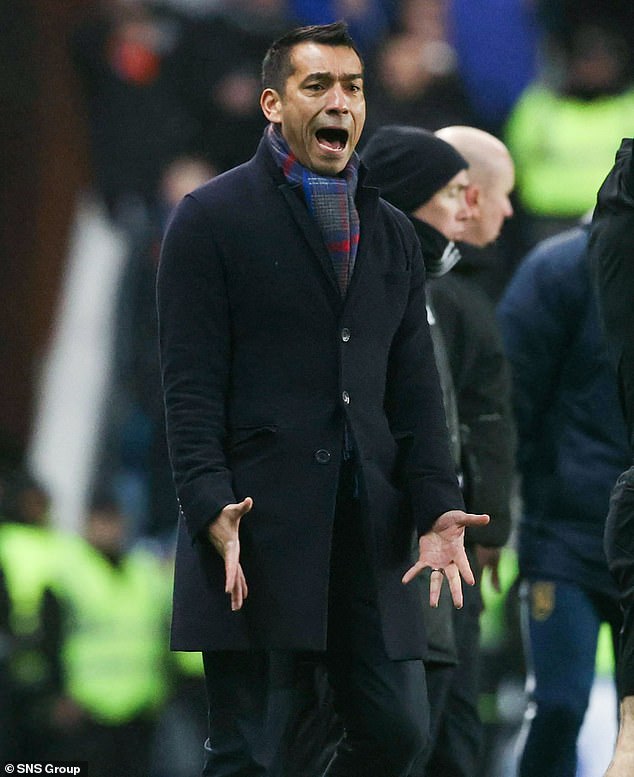 Ryan Kent’s suspension gave Fashion Sakala a chance on the left, with Cedric Itten replacing Alfredo Morelos in the central area as the Colombian headed for World Cup qualifiers.

Although Joe Aribo arrived back in Glasgow on Tuesday after the Nigerian’s surprising early departure from the Africa Cup of Nations, he was not endangered here. Scott Wright was deployed on the right.

Despite their unfamiliar white stripe, Livingston found himself in the lead along familiar lines with Bruce Anderson in front of a compact five-man midfield.

Lowry, who operated in the number 10 role, brought an early spark to the show. Sakala’s mazy run went unchecked and gave the Scot a brief view of the target. Stryjek watched his low shot the whole time.

A poor kick by Allan McGregor gave the visitors their first chance. The keeper was relieved that Odin Bailey couldn’t lift the ball over his head from 25 yards.

Livingston’s rock-solid discipline in the early stages was broken by Stephane Omeonga who unnecessarily clipped Glen Kamara’s ankle as Itten sped away on the counterattack. With Omeonga booked, Barisic wastefully fired the free kick into the wall. It encouraged Rangers.

Wright’s fine footwork on the flank preceded a dangerous low cross that caught Itten on his heels.

The former Aberdeen attacker then remained with his head in his hands. Lowry’s precise pass had killed him. His shot had enough venom to beat Stryjek, but not Jack Fitzwater, who heroically blocked on the line.

Rangers’ frustrations mounted when Connor Goldson was shown a yellow card by referee Don Robertson for a blatant tug on Anderson’s jersey.

Despite all of Lowry’s glorious work on the ball in the final third, Livingston was confident he could get away with one on the other side. Their loud plea for handball after Bailey’s corner was answered with a shake of the head from the official.

The Rangers lacked rhythm and inspiration for a long time, but they should have stayed ahead at halftime.

Wright again got the better of Jackson Longridge and ran from wide. Sakala was moving, trying to send his shot. Somehow Stryjek managed to guide the ball over the bar.

In the closing moments of the first half, Goldson might have done better than filling a Barisic corner over the top. Wright should have done that when Sakala’s cross picked him, but he couldn’t get his feet together and the chance was gone.

After the break there was more urgency for the home team, although not much more quality. Wright’s idiosyncratic header off a James Tavernier cross was a prime example, Sakala’s tame shot on the turn from 15 yards another.

Van Bronckhorst didn’t even wait until the hour to announce the changes – Kemar Roofe and Arfield replaced Itten and James Sands. Livingston replaced the tiresome Anderson with Joel Nouble.

Lowry faded in the game, but should have sorted it out. He took Wright’s pass 15 yards away, then leaned back and skied his attempt over the top.

Sakala seemed the most likely source. A jet-powered acceleration through the left channel gave him room for a shot. Stryjek somehow managed to knock it over.

It always took something special to break West Lothian’s resolve. Rangers found it through Arfield with 15 minutes to go.

Barisic struggled to deliver much quality from the left all night, but picked his team-mate with a gem of a cut-back. With much work to do, the substitute found the far corner with a looping strike. Ibrox heaved a deep sigh of relief.

David Martindale threw the submarines looking for an unlikely point. Jack McMillan, Caleb Chukwuemeka and Alan Forrest were all deployed, but they had to give chase already.

Rangers have called it quits. On a rather forgettable evening, that was a more than acceptable result for their supporters.

Top professor reveals Covid will be with us forever, but says worst of Omicron wave is over

Jose Mourinho says he is NOT the Special…

Luka Modric laughs off suggestions he…