Congress voted Wednesday afternoon to prevent a railroad workers’ strike just weeks before Christmas after President Joe Biden pressured the legislature to intervene — a move that has raised questions about his pro-union personality.

Only eight Democrats voted against the legislation to prevent a December 9 strike, while Republicans were more divided on the issue.

In the end, the legislation passed by a vote of 290–137, along with five “no votes,” and now goes to the Senate for approval.

A follow-up resolution on requiring railroad workers to receive paid sick leave failed to pass the House on Wednesday and will instead go to a final vote on Thursday around noon.

Biden, who used the famed Amtrak trains to commute to and from Washington, D.C. during his decades as a senator, has asked Congress to intervene. But the move has been criticized by both Democrats and Republicans who claim his involvement appears to be pro-corporate and anti-union — despite Biden’s “Union Joe” moniker.

The president thought he had avoided chaos with railway workers in September after railway companies reached a tentative deal with unions, ending concerns about a strike.

But a handful of unions voted against the deal, giving a headache to Biden, who had initially celebrated the resolution as a huge victory.

He said at the time that the deal was “a major victory for our economy and the American people,” stressing that it was also a “victory for tens of thousands of railroad workers who worked tirelessly through the pandemic.” 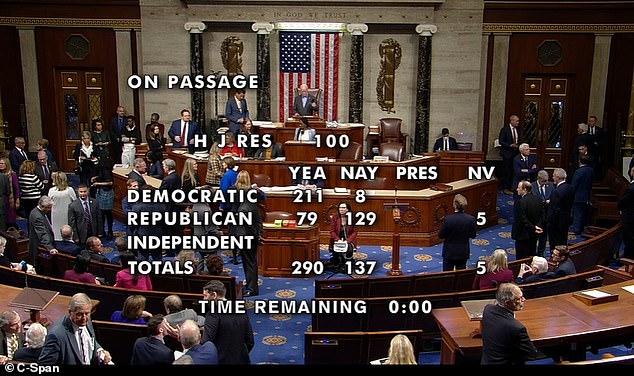 The legislation to be passed by Congress this week is similar to what was proposed in the September compromise — and is something that will appease businesses, but probably won’t go far enough in resolving what workers want to see changed.

“The way to avoid a railroad strike is not for Congress to enforce a deal that has been struck by union bosses and rejected by the rank and file of unions representing more than half of railroad workers,” Florida Senator Marco Rubio tweeted. wednesday morning.

The GOP lawmaker added, “The way to avoid a strike is a new deal that regular members will support.”

During debate on the legislation ahead of Wednesday’s vote, Representative Sam Graves, a GOP ranking member of the Subcommittee on Railroad, Pipeline, and Hazardous Materials Transportation, called the bill a “bait and switch.”

“This resolution simply exacerbates the Biden administration’s failure to pass a resolution,” Graves said from the House of Representatives.

“Let’s just call this resolution what it is,” he continued, “it’s nothing more than a political stunt—it’s a concession.”

“Today my colleagues are acting really recklessly,” he said ahead of the bill’s approval.

Even actor Danny DeVito weighed in on Twitter, writing, “No Joe, you should be helping the railroad workers…you got it backwards. A handful of sick days come on! Workers of the world unite!’

The president’s intervention now appears to be primarily an attempt to prevent economic chaos and further inflation before the holiday season, rather than improve conditions for railway workers.

A strike would lead to mass frustration as Americans would not be able to get their desired goods during the holiday season if the railroads are not operational due to worker strikes.

After the House voted on rule changes on Wednesday morning, the full bill is expected to be voted on before noon. Then it goes to the Senate.

“I have been sounding the alarm for months about a possible railroad strike, but Bernie Sanders and the Democrats chose to side with special interests over people in WY and across the country,” GOP Senator Cynthia Lummis tweeted Wednesday.

“Yes, we should introduce a bill to prevent a strike, but it should never have come to that.”

The strike is mainly about working conditions, and in particular paid sick leave.

Railway unions claim their members have experienced understaffing, overtime and contracts that do not include paid sick leave, while they have been dealing with working in the transport sector during the pandemic.

However, the companies state that, like any employer, their goal is to keep labor costs down and get their employees to show up for work.

They’ve even insisted that employees handle routine medical issues, such as doctor’s checkups, in their spare time.

Many rail employees work in 12-hour shifts and must be available 24/7.

Congress has the ability to intervene in worker and union disputes with railway companies because of the Railway Labor Act (RLA), which came into effect in 1926 – a time when railways were essential and strikes would be harmful.

In 1917, the Supreme Court also ruled that Congress has the authority to intervene in railroad labor disputes that threaten interstate commerce.

The tentative September deal included a significant 24 percent pay increase from 2020 to 2024.

It would also give employees penalty-free hospitalization leave or time off for medical appointments — but only three a year.

However, the deal did not include paid sick leave, which has now become the top issue for Congress.

Intervention by the federal legislature is not seen as a victory for unions and railroad workers, but rather as a quick fix and reconciliation to get things working normally over the holiday season.

Since four of the 12 railway unions required to ratify the provisional agreement rejected it, the new provisions did not take effect.

The biggest blow came earlier this month when the largest railway union SMART-TD, representing some 28,000 conductors, voted down the deal. 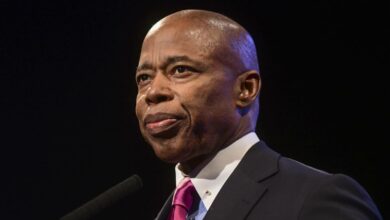 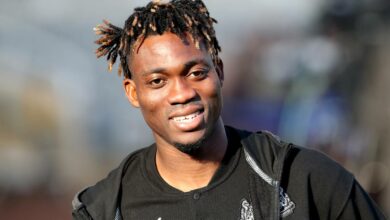 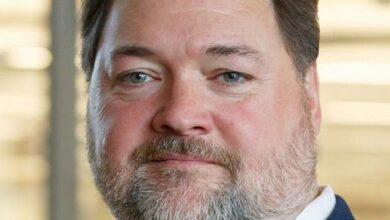 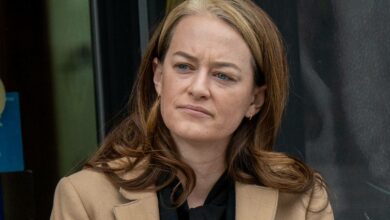