Kuala Lumpur, Malaysia – When Hong Kong Finance Minister Paul Chan recently addressed a legal forum, he highlighted the ability of the city’s courts to render rulings without interference as the “cornerstone” of international companies’ confidence in the financial hub.

Now the independence of Hong Kong’s British-inherited judiciary, ostensibly guaranteed under a system known as “one country, two systems”, is under scrutiny again as the Chinese Communist Party (CCP) appears poised to to rewrite rules for the upcoming national security trial against a newspaper magnate known for opposing Beijing.

The case against Jimmy Lai, founder of the defunct Apple Daily, epitomizes tensions between Hong Kong’s efforts to promote the autonomy of its common law system to investors and Beijing’s view of the law as an instrument of state power.

In Hong Kong courts, Lai, the most high-profile figure on trial under a national security law (NSL) drafted by Beijing, has successfully argued against prosecutors for the right to hire a British lawyer of his choice.

After Hong Kong judges ruled in Lai’s favor for a fourth time on Monday, the city’s Chief Executive John Lee said he would ask Beijing to clarify whether foreign lawyers could join cases involving the NSL .

Beijing imposed the sweeping legislation, which has practically wiped out the city’s once vibrant political opposition and civil society, on the territory in 2020 after months of sometimes violent pro-democracy protests.

Lee, who made the announcement after pro-Beijing politicians and state media denounced the court’s rulings, said authorities lacked the means to ensure that a foreign counsel does not have a conflict of interest or is not “compromised or controlled in any way by foreign governments”. .

Foreign lawyers are not uncommon in Hong Kong and have historically handled cases both on behalf of and against the government.

The Standing Committee of the National People’s Congress (NPC), China’s legislature, which officially has the power to interpret the Basic Law codifying Hong Kong’s colonial-era rights and freedoms, is expected to soon issue a decree excluding foreign lawyers .

Lai, who faces life in prison on sedition and foreign conspiracy charges, is scheduled to face trial from December 13, after the Hong Kong Justice Ministry requested that the case be adjourned pending Beijing’s decision.

Only once before, in 1999, has Beijing overturned Hong Kong’s Supreme Court in a decision on the residency rights of mainland Chinese in the area — though it has given its interpretation of the city’s laws on four other occasions.

Eric YH Lai, a non-resident fellow at Georgetown Law who specializes in the legal systems of Hong Kong and mainland China, said the Lai case and the Hong Kong government’s recent decision to invoke emergency powers after a court had spoken out against the COVID-19 vaccine pass policy, casting doubt on the city’s belief in judicial independence.

“Since these cases are not limited to national security issues, but also public health issues, international business will realize that the fall of the independence of the judiciary and the rule of law will not remain in the political realm,” said Lai, who has no relationship with the media. mogul, Al Jazeera told.

“Their interests relying on an independent court would ultimately be compromised.”

In a statement, the Hong Kong judiciary said its exercise of judicial power, including that of final adjudication, would not be affected by the decision to seek an interpretation of the NSL.

“The judiciary respects the decision of the president to request an interpretation of the NSL from the NPCSC to clarify the relevant issues,” a spokesperson told Al Jazeera.

The spokesman added that the Standing Committee has the power to interpret the NSL, which takes precedence over other laws in Hong Kong.

Hong Kong Bar Association president Victor Dawes said earlier this week that people should wait for Beijing’s legal interpretation before passing judgment, but acknowledged that his involvement would “undoubtedly raise certain doubts or discussions about our legal system” .

The association’s previous president, Paul Harris, abruptly left Hong Kong in March after being questioned by national security police, with his departure from the airport captured on film by state media.

Within Hong Kong’s foreign business community, which has traditionally been reluctant to get involved in politics, a major concern is whether Beijing’s moves to bring the courts under its control trickle down to more routine jurisdictions.

For now, many business people seem relatively unconcerned about Beijing’s tightening grip on the territory.

“In general, one has to distinguish between trade law and NSL,” the head of a leading foreign affairs group told Al Jazeera, asking for anonymity.

“Business cares about commercial law and a functioning legal system. Whether the two can be seen separately is another question. But among our members, the feedback is that the NSL is not so much of their concern and they generally have confidence in the judicial independence and impartiality of judges.”

However, the company chief said a guilty verdict for Lai could seriously damage Hong Kong’s reputation if based on anything other than “proven facts”.

“I think the sentence will be more severe than in any other jurisdiction with similar laws,” he said.

“My personal opinion: there is a lot of paranoia among the authorities in Beijing. With the political reforms and the NSL, they achieved what they wanted: to end the violence. Now they are overshooting their mark by adopting a zero-tolerance policy, and they consider anyone who does not praise the CCP a traitor.”

Ryan Mitchell, an associate professor of law at the Chinese University of Hong Kong, said while attacks on Hong Kong judges’ rulings by pro-Beijing figures are cause for concern, the Lai case is unlikely to have a major impact on the lawsuits in Hong Kong. status as a business center.

“This is a highly politicized case involving sensational media issues, the recent protest movement and – according to authorities – national security concerns,” Mitchell told Al Jazeera, adding that the courts are generally still “operating on the basis of their traditional commitments to due process, as well as the precedents and principles of common law”.

“The vast majority of legal issues faced by foreign companies or executives do not come close to this sensitive area.”

Others see it as only a matter of time before Hong Kong’s entire justice system is jeopardized by Beijing’s desire for control.

A foreign business adviser, who spoke on condition of anonymity, said he expected a “slow progression” process for the judiciary.

“I don’t think it will be as blatant as on the mainland where the judges are told what to do,” the adviser, who has lived in Hong Kong for more than two decades, told Al Jazeera.

“I think it’s going to be more subtle here because they’re going to maintain the rule of law facade.”

Some local media have suggested that Beijing could be preparing to go far beyond just barring foreign lawyers from national security cases.

On Tuesday, citing anonymous sources, the South China Morning Post reported that China’s legislature could limit national security cases to a pool of specially designated lawyers, which would violate the long-established principle that defendants have the right to representation of their choice.

Under the NSL, Hong Kong’s legal landscape has already undergone profound transformation. Among other changes, the legislation gives authorities the power to conduct searches without a warrant, removes the right to trial by jury, places national security processes in the hands of government-selected judges, and removes the presumption of bail.

In March, two of the United Kingdom’s top judges announced they would no longer serve on Hong Kong’s highest court, including one foreign judge of the five judges.

Despite the strain on the city’s justice system, some legal figures are cynical about corporate concerns about the rule of law.

“Frankly speaking, Chinese interference will not affect businesses,” a legal expert who has worked in Hong Kong for decades told Al Jazeera, asking for anonymity.

“During Occupy Central,” the jurist added, referring to the pro-democracy protests in Hong Kong in 2014, “the main refrain from big business was how hard it was to deal with roadblocks.” 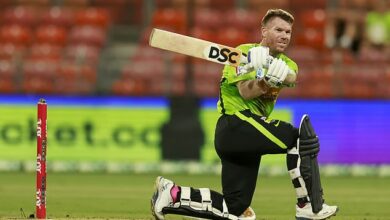