The 57-year-old Arkansas sheriff arrested for drug and gun possession after being pulled over for speeding, all after he vowed to lead ‘through responsible action’ during the campaign for office.

By Hope Smith for Dailymail.Com

An Arkansas sheriff who previously told voters he planned to lead “through responsible action” was arrested Saturday night on suspicion of possession of illegal drugs and firearms.

Johnson County Sheriff Jimmy Stephens, 57, was arrested by Arkansas State Police Saturday night during a traffic stop and was found with a firearm and drugs, according to PIO Bill Sadler.

When asked for more information, Sadler told the Daily Mail “no further comment until his first hearing”. The PIO initially told DailyMail.com it was a ‘pistol’ but later retracted saying it was a ‘firearm’.

Stephens was booked into the Crawford County Detention Center Saturday at 8:46 p.m. on three counts of possession of a controlled substance and one charge of speeding, according to the Fort Smith Times. 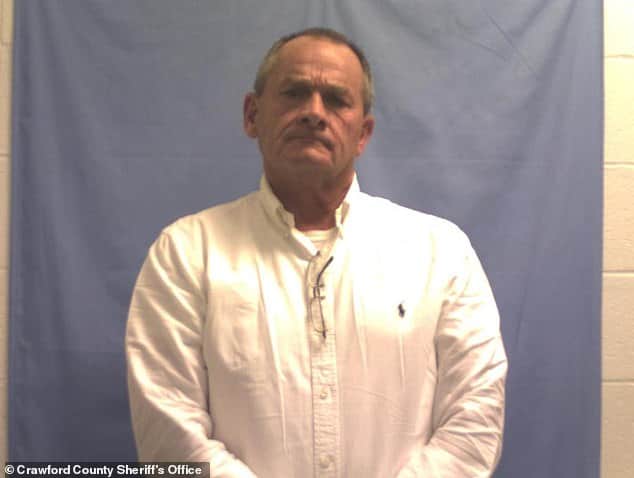 Johnson County Sheriff Jimmy Stephens, 57, was arrested on suspicion of possession of drugs and firearms, according to authorities. 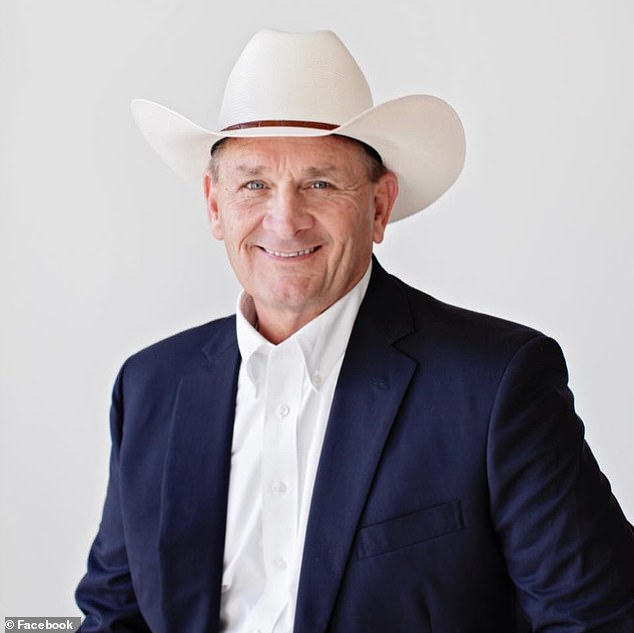 Stephens was booked into the Crawford County Detention Center on Saturday.

He was released on $25,000 bail Sunday, according to local officials. He is expected in court next Monday.

The news may surprise his constituents who know the Republican for his promises to lead “through responsible action.”

In a 2018 post to his campaign’s Facebook page, Stephens listed a series of promises to the people if they elected him as their sheriff.

“I pledge to hold myself, as well as all employees, to the highest level of professional conduct and morality,” he said at the time.

Stephens also said ahead of the election that he believes “it is imperative that a proactive approach be taken when it comes to criminal behaviour.”

DailyMail.com contacted the Johnson County Sheriff’s Office, who said they do not have a statement at this time. 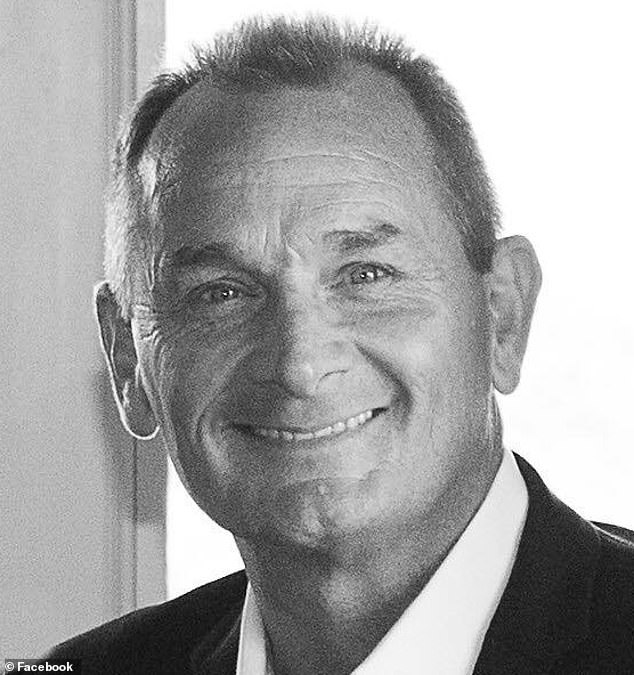 According to officials, Stephens was in possession of a firearm and drugs at the time of his arrest. 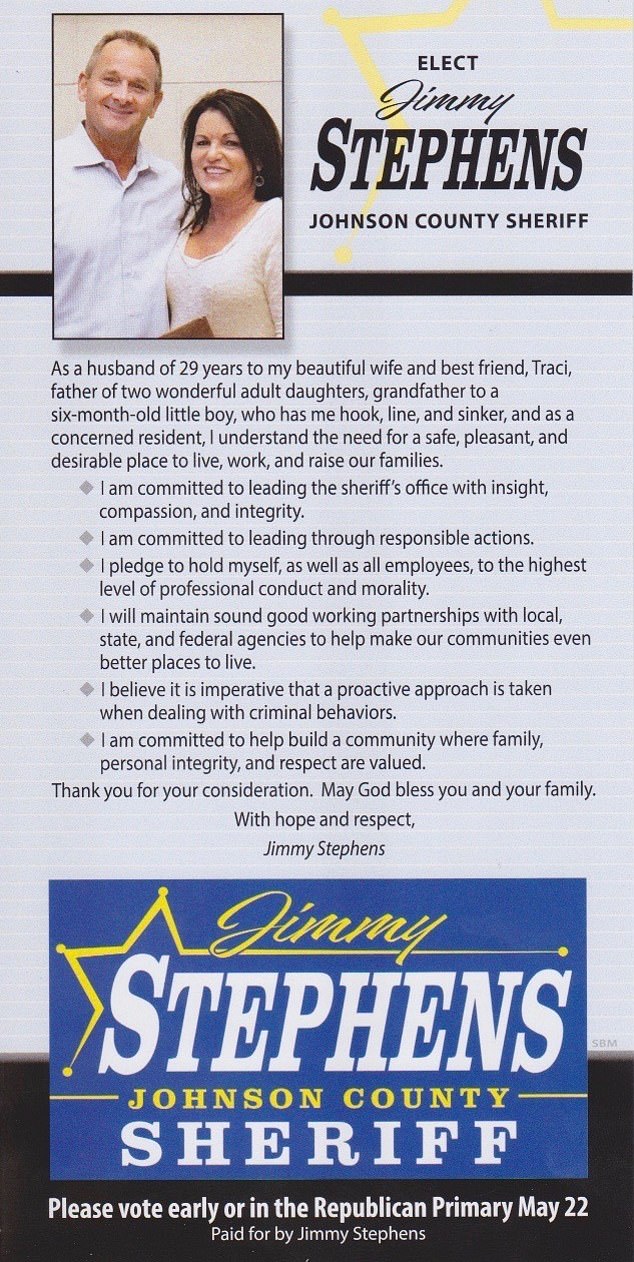 A flyer posted to his Facebook page in 2018 lays out the promises he made to voters before he was elected. 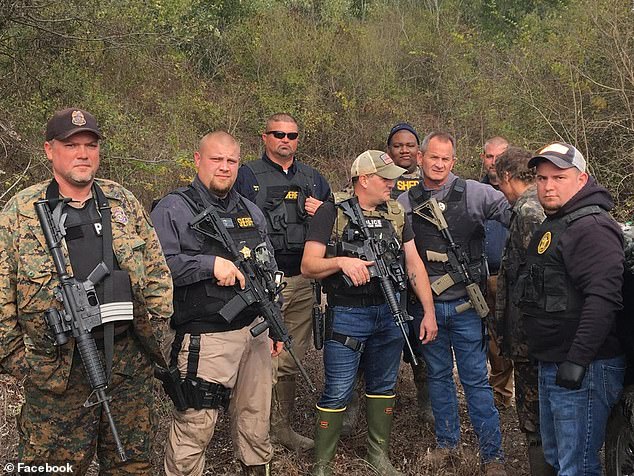 The Republican, sixth from the left, promised to lead ‘through responsible actions’

Stephens was later elected sheriff, then re-elected in May.

During this year’s election, Stephens led Johnson County with 62 percent.

Earlier this year, the sheriff also posted calls on his law enforcement page, asking for volunteers for Red Ribbon Week 2022.

according to their websitethe ‘Red Ribbon Week Campaign is the largest drug abuse prevention campaign in the United States.’

DailyMail.com contacted Stephens for comment, but efforts to reach him were unsuccessful. 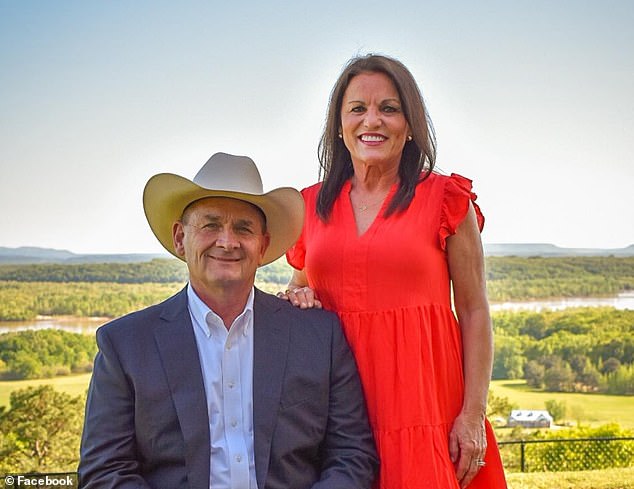 Stephens, along with his wife Traci, posted a call twice to their Facebook followers asking people to get involved in Red Ribbon Week, an anti-drug campaign.

Johnson County is located about 40 minutes northeast of Fort Smith and has a population of approximately 25,000.

Authorities have not yet released the city where the sheriff was arrested. 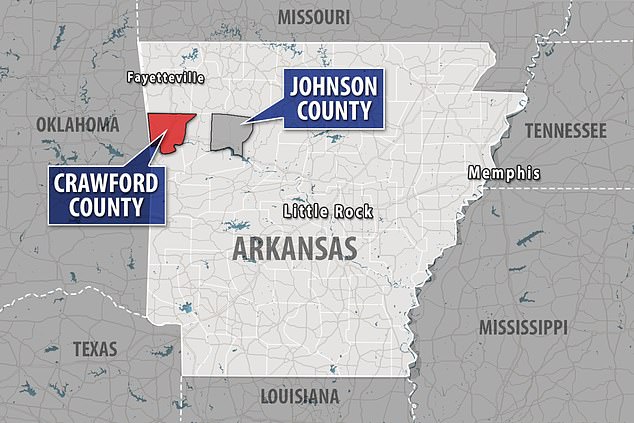 Stephens is the sheriff in Johnson County, but was arrested by Arkansas State Police in Crawford County. 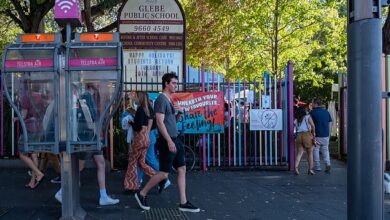 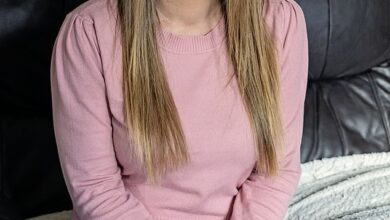 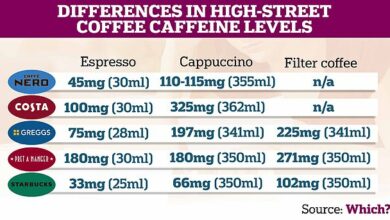 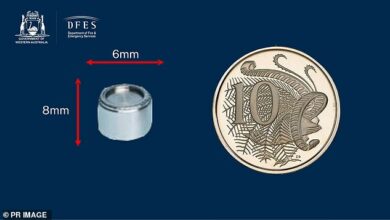