By MJ Bergin For Dailymail.Com

Zoey Deutch posted stunning photos on Tuesday to celebrate the upcoming release of her new movie Something From Tiffany’s.

Styled in a light blue button-up blazer top and matching skirt, the beauty showed some skin while remaining stylish. 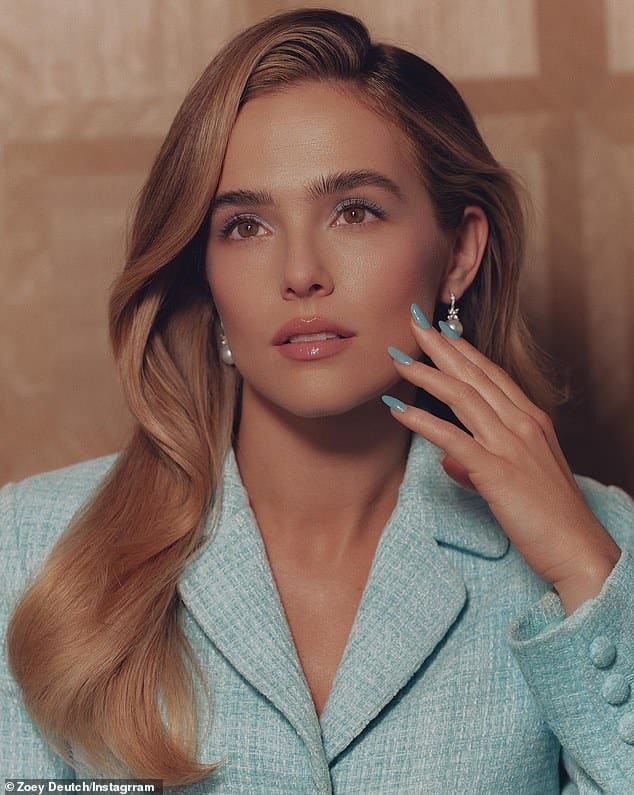 Something Blue: Zoey Deutch showed off her stunning looks in photos for her new movie Something From Tiffany’s 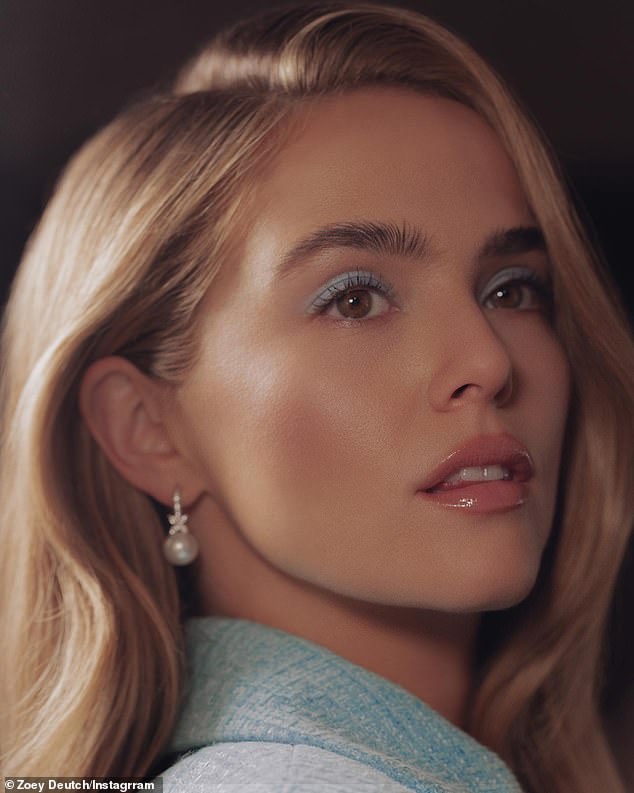 Regal lady: The beauty got up close and personal to show off her supple skin and simple makeup look

Her blonde hair was parted to the side and let down in loose waves.

A notable aspect of her outfit was the lack of jewelry, other than a pair of pendant pearl earrings. The simplicity of the jewelry left more room for the outfit and makeup to be admired.

Produced by Hello Sunshine, Reese Witherspoon’s production company, the story follows Rachel, played by Deutch, whose life is turned upside down when an engagement ring meant for someone else leads her to the person she’s meant to be with. 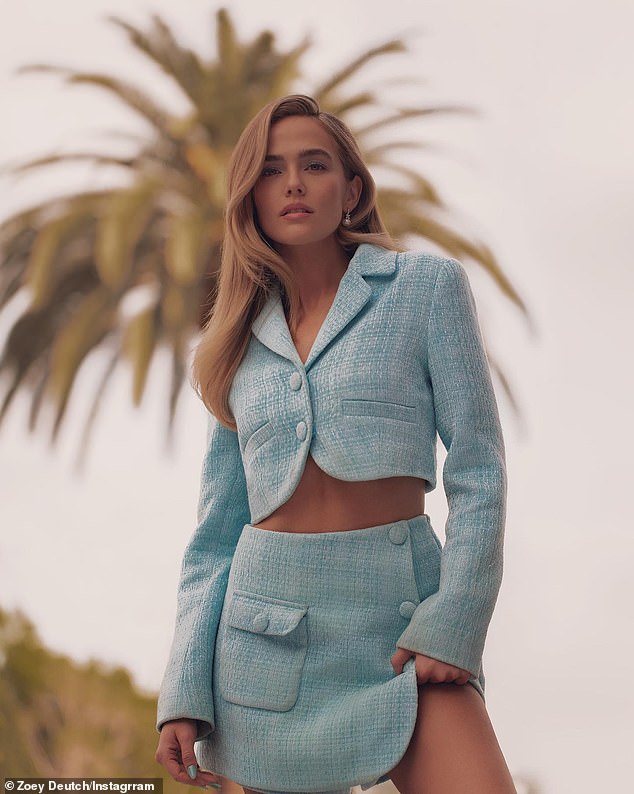 Classic with a twist: The 28-year-old acted model behavior as she posed in a very clean and tasteful outfit 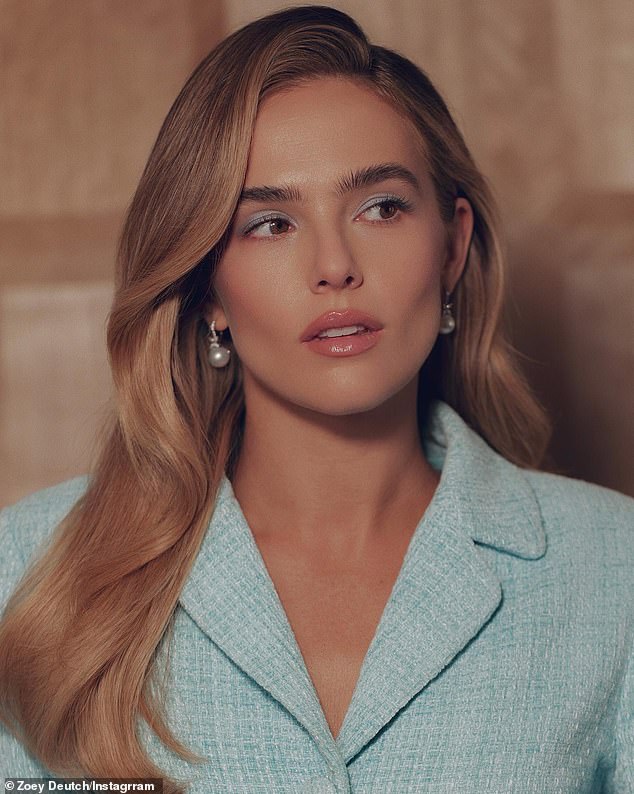 Beauty Queen: The actress looked a little sideways to give off a regal look

The movie will be released on Amazon Prime for streaming on December 9.

The star is the daughter of actress Lea Thompson, who is best known for her roles in Back to the Future and Switched at Birth. Deutch has also achieved a very remarkable filmography.

Known for her starring roles in Set it Up, Vampire Academy, and most recently her role in the Hulu movie Not Okay, the beauty has won credits in a variety of genres. 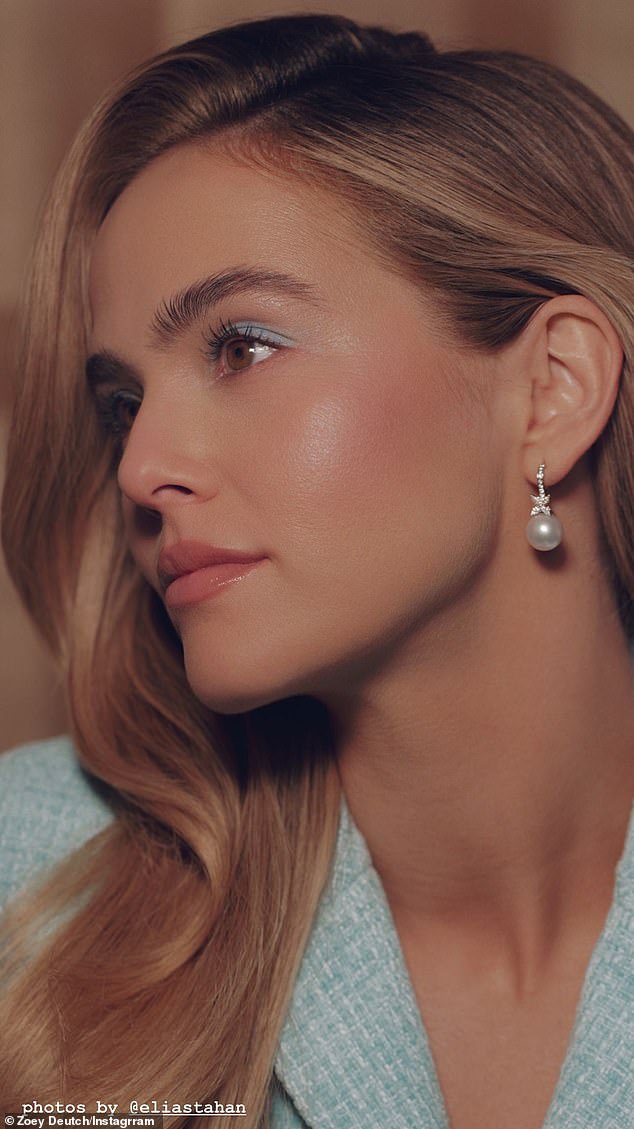 The earrings: Pearl earrings dangled from the actress’s ears as a statement piece, the only jewelry she wore

Recently, the actress reported a burglary at her home in Los Angeles, California, where $300,000 in cash and jewelry were stolen.

Luckily no one was home when the burglary happened.

Since then, she put on a brave face and continued to promote her movie and even attended a Tiffany & Co party soon after. 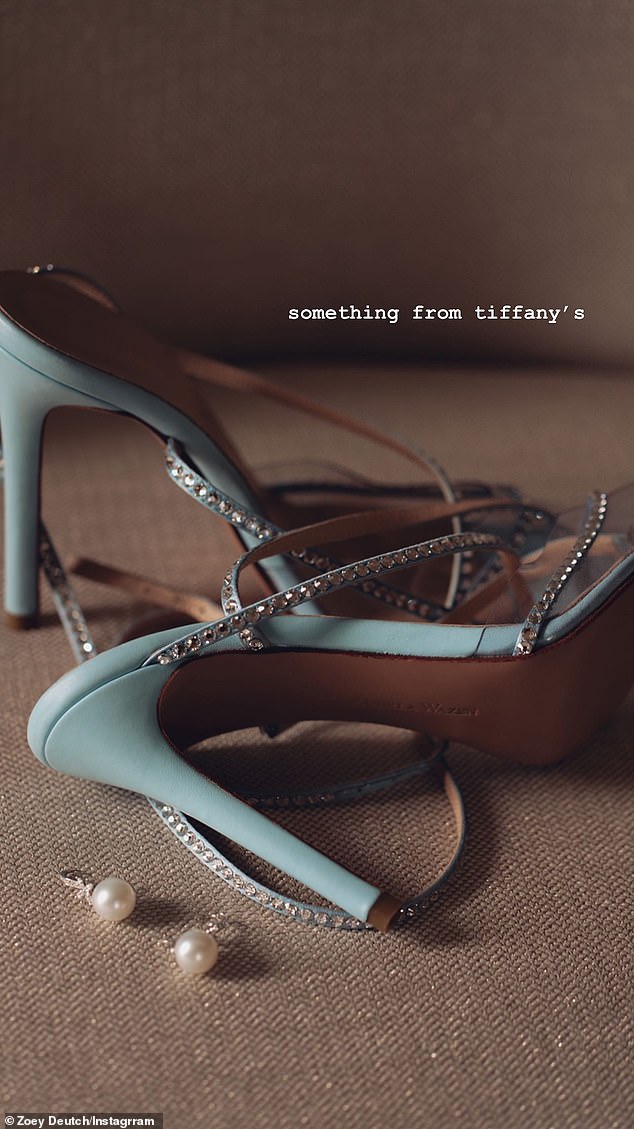 One last look: Posted to Deutch’s Instagram story, a look at the accessories from the shoot

Mystery blonde, 25, sitting with Raiders owner is a Vegas dancer

Rishi Sunak faces Tory calls to get a grip on strikes 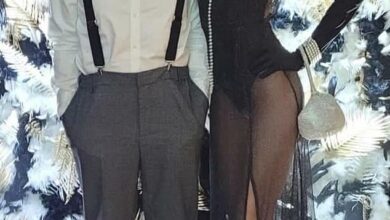 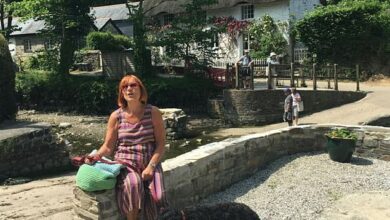 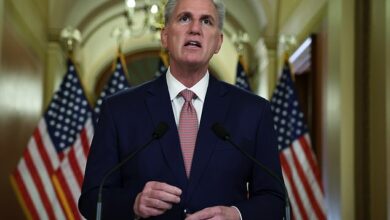 2 hours ago
Featured Posts
‘Likely not survivable’: 75-year-old fighting for life after teenagers allegedly push man onto road
4 mins ago

DAILY MAIL COMMENT: The dangerous folly of stinting on defence
16 mins ago