Day 13 of the 2022 World Cup in Qatar was another day filled with shocking surprises for the football world as Cameroon defeated Brazil to become the first African country to do so.

There was also bitter sadness as Uruguay won their last match against Ghana, only to be sent home on goal difference as South Korea beat Portugal.

South Korea advanced on the tie-breaker of goals scored to push Uruguay into third place in one of the wildest finishes in a World Cup group stage in the tournament’s 92-year history.

Switzerland and Serbia delivered a five-goal extravagance in fast-paced football with some added drama and tension on the pitch.

Here’s a quick recap of everything you need to know from Day 13 – Friday 2nd December – of the 2022 World Cup in Qatar.

South Korea reached the knockout round of 16 at the World Cup with a 2-1 win over Portugal, although the game had already started after five minutes with a goal for the Portuguese.

Despite losing to South Korea in their final Group H match on Friday, the Portuguese had already qualified for the next knockout stage and all the pressure was on the South Koreans at Qatar’s Education City Stadium on Friday night.

Ricardo Horta was the first to hit the net for Portugal. Kim Younggwon brought his team back with an equalizer in the 27th minute and it was a shot from Hwang Heechan on 90 minutes that sent the South Koreans into the next stage of the tournament.

Even after their 2-1 win and the final whistle, there were eight agonizing minutes before South Korea were officially told they had made it after Uruguay’s 2-0 win over Ghana was not enough to put the South Koreans on goal difference. appropriate.

When the result of the Uruguay-Ghana match was announced and the South Koreans were sure of their second place, the players on the field burst into joy, hugged each other and sprayed water into the air.

“It really feels like a miracle,” South Korean striker Cho Guesung said after the game.

Although Uruguay firmly defeated Ghana 2-0, it wasn’t enough to prevent them ending their World Cup dreams after qualifying for the next round of the tournament came down to goals scored and South Korea secured a 2-1 victory against Portugal in the other game of the group.

Uruguay captain Luis Suarez was unable to watch as his team slid into their painful World Cup finish on Friday. He put his hands over his eyes and then pulled his shirt over his head. When his face reappeared, there were tears.

With Suarez being substituted in the 66th minute of play, Uruguay found themselves in a position to progress to the knockout stage for a fourth consecutive World Cup.

Suarez had played a key role in both of Giorgian De Arrascaeta’s Uruguay goals, which came after Ghana captain Andre Ayew missed a penalty in the 21st minute. A shot from Suarez led to De Arrascaeta’s opening goal in the 26th minute. Suarez then secured the second with a fine pass that De Arrascaeta volleyed in six minutes later.

By the time the final whistle blew, Uruguay had won the game 2-0 against Ghana, but cruel fate would still send them home on goal difference.

Although Uruguay were two goals ahead of Ghana and were the winners in their last Group H match, it was Hwang Heechan’s late goal in South Korea’s 2-1 win over Portugal that sealed Uruguay’s fate.

“It is sadness and disappointment that we feel,” said Suarez, who played in his last World Cup. “I was lucky enough to play my fourth World Cup and I thought about my four-year-old son, who leaves with the image of sadness. It is difficult, but it is up to me to face the situation.”

Switzerland defeated Serbia in a thrilling five-goal thriller that saw the Swiss advance to the Round of 16 after beating the Serbs 3–2.

In a game that went at lightning speed in the first half at Stadium 974, Xherdan Shaqiri put Switzerland ahead, but Serbia reacted quickly and scored twice within 10 minutes through Aleksandar Mitrovic and Dusan Vlahovic.

Switzerland’s Breel Embolo then added another twist to an enthralling opening period by putting his team up 2-2 just before half-time, as team-mate Remo Freuler scored three minutes into the second half to extend their one-goal lead and the final score in the 3-2 game.

The fast-paced game also created tension on the field when Mitrovic went down after a challenge from Fabian Schar. After his calls for a penalty were rejected, his Serbian teammates ran out of the dugout and onto the pitch, protesting the referee’s decision.

There was also some pushing and shoving in the closing minutes, with Granit Xhaka and Nikola Milenkovic in the middle of the mini maelstrom.

Switzerland has now reached the last 16 of every World Cup and European Championship since 2014 and will face Group H winners Portugal for a place in the quarter-finals on Tuesday.

Serbia, needing a win to give themselves a chance to advance, finished bottom of the group with just one point. They have never progressed beyond the group stage of the World Cup since the breakup of Yugoslavia.

Cameroon scored a historic 1-0 victory over Brazil, but it wasn’t enough to secure their passage to the next stage of the World Cup, after Switzerland beat Serbia in the group’s other match.

While Brazil had already advanced and used most of their reserves on Friday evening, victory belonged to Cameroon, who became the first team to beat the five-time champions in the World Cup group stage since Norway did it at France’s 1998 tournament – marking a Brazil’s unbeaten run of 17 group matches came to an end.

The win – which was sealed by a powerful header from Cameroon’s Vincent Aboubakar in the 92nd minute – marks the first time an African nation has beaten the Brazilians at the World Cup.

Brazil still finished first in Group H with six points, tied with Switzerland, but the South American side had a better goal difference. Cameroon finished with four points and Serbia had one. 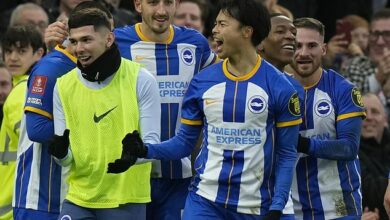 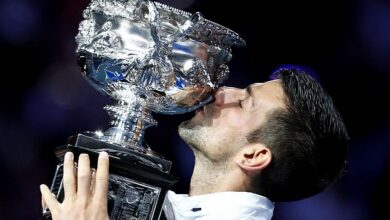 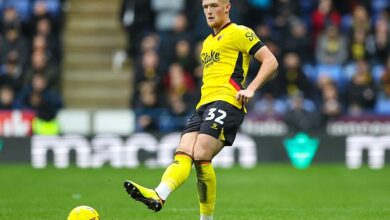 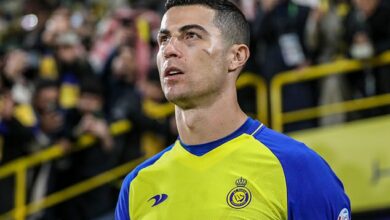