HBO Max’s smash hit The White Lotus — which follows a week in the life of the vacationing rich — is billed as an anthology series. That means season 2, which premiered in October, stands alone and doesn’t have a ton of connective tissue with the first season. But the two seasons do have a few things in common.

Warning: Spoilers ahead for The White Lotus season 1.

Both seasons take place at the fictional White Lotus resort chain, although at two different locations (first Hawaii, now Italy). Both seasons are absolute catnip for Jennifer Coolidge devotees. And, of course, both seasons begin with the promise of a dead body, before zooming back seven days to reveal how we got here.

In season 1, that dead body ended up belonging to resort manager Armond (Murray Bartlett). But what about season 2?

Here’s what we know as of episode 4

Season 2 episode 1, Ciao, opens with Daphne (Meghann Fahey) applying sunscreen on a beach chair, alone. She’s taking one last dip in the sparkling Ionian sea before getting on a plane to go home. While she splashes around, she comes across — what else? — a dead body and runs to shore screaming.

Then hotel manager Valentina arrives on the scene. She’s season 2’s Armond, and she’s promptly informed by Rocco, another hotel employee, that there’s been a death. “Salvatore says other bodies have been found,” he says. How many guests are dead? “A few.” Who is Salvatore? Not sure.

So we have three characters who definitely survive the week: Daphne, Valentina and Rocco (four if you count Salvatore.) At the most, everyone else is dead. And at the least, one of the other main characters is dead, along with “a few” others we’ll never know. It’s also possible that the body count could even increase after the events of the first scene. Let’s take a closer look.

Which characters are most (and least) likely to die in The White Lotus season 2?

Harper (Audrey Plaza): Harper observes and adjudicates the leisure class in much the same way the couchbound popcorn-cruncherati does. She seemed at first like this season’s audience surrogate, but after episode 4, she’s looking more and more like a tragic figure. Her failures both to confront Ethan about the errant condom wrapper and to keep Daphne’s confidence (where’s the “girl code”?) suggest she may not be long for this world. At this point, I wouldn’t put it past Daphne herself to end Harper’s life. So much for gender solidarity amid “Testa di Moro.”

Jack (Leo Woodall): Officially introduced this week, Portia’s new love interest is the perfect candidate not only to fulfill her rag-doll sex fantasies, but also to fulfill Nice Guy Albie’s inevitable flip to murderous incel. If Portia’s love triangle inspires a crime of passion, my money’s on creepy Albie to kill and himbo Jack to be killed.

Lucia (Simona Tabasco) and Mia (Beatrice Grannò): The dead sex worker trope has a long and disappointing precedent, and Lucia knows this: “All whores are punished in the end,” she laments to Mia during a drug comedown shame spiral. Both women have officially earned the job title, now that Mia has taken Giuseppe to the pews. The jury’s out on whether Lucia and Mia count as guests — Rocco was clear in episode 1 that the deaths were specifically guests — but their names were technically added to the Di Grasso reservation. Between the church sex and the Catholic guilt, it’s clear the two women have many sins to atone for. Plus, now that Lucia is “with” Albie (for free?), Dominic could be the one to snap, punishing her for coming between him and his son. Or, at the very least, ensuring her silence.

Cameron (Theo James): When Daphne comes running and screaming out of the ocean in the season’s first scene, just after her brush with the drowned corpse, a tanned, shirtless man in squid-print swim trunks catches her on the beach. It’s not clear whether she knows the man, nor do we see his face. Is it her husband, Cameron? Maybe, but then why wasn’t he sipping an Aperol Spritz with her before she took a dip? All I know is the squid-print trunks have yet to make a second appearance, though they do seem like Cameron’s style. Daphne probably wouldn’t kill Cameron herself — she’s basically inured to his infidelity at this point, plus she seems genuinely surprised by the floating corpse — but I can’t imagine there’s anyone at this resort who doesn’t want him dead by the end of the week. Then again, The White Lotus loves a red herring — and it seems to hate a comeuppance.

Giuseppe (Federico Scribani): After over-dosing on something that was definitely not Viagra, Giuseppe collapses, leaving his post at the piano bench open. For all we know, this guy’s already kicked the bucket.

Didier (Bruno Gouery) and Matteo (Francesco Zecca): If several White Lotus guests have to die, it makes sense that at least one or two would be minor characters. Quentin’s coterie of men with little hats and mustaches just screams collateral damage.

Quentin (Tom Hollander): We know even less about Jack’s Uncle Quentin than we do Jack. One thing we do know is that his life is one big distraction and, according to next week’s teaser, he’d die for beauty. Quentin seems more like a star that burns too bright than a potential murder victim. Either way, for now, the body bag’s a real possibility.

Ethan (Will Sharpe): Like Cameron and Harper, Ethan is absent from the first scene, despite being one of Daphne’s travel companions. Last week’s jet ski antics seemed to foreshadow some danger in the water, especially since Cameron made sure to voice his interest in renting them way back in episode 1. Perhaps the dynamic duo isn’t quite done running waves. And perhaps those waves won’t be as calm the next time around. Or we may be in for a little wife-swapping action next week. And Daphne tells the newcomers in episode 1 specifically that “we” leave in a few hours. If someone from her party survives, maybe it’s Ethan?

Bert (F. Murray Abraham): Bert is “quite old” (Valentina’s words,) and he already took a tumble at the pool. Now’s as good a time as any.

Greg (Jon Gries): Was all that conversation about Greg’s poor health last season a ruse? Or was he really cured by whatever fancy doctor Tanya got him in touch with? Either way, maybe he’ll fall ill once again, or maybe the health stuff was foreshadowing and he’ll die in a different, unrelated manner. Or maybe I’m a sucker for believing we’ll ever see Greg back in Sicily again.

Portia (Haley Lu Richardson): Portia ought to be killed solely for her crimes against fashion. More likely, though, she’ll survive the trip and leave Sicily with a suitcase of crocheted Gilligan hats and oversized shorts and live out the rest of her life in sartorial sin. However, Portia’s little stunt with Jack at the hotel bar wasn’t very considerate of poor Albie’s feelings. At least, he probably sees it that way. If Albie’s about to snap, it’s because he didn’t get the girl he “deserves,” and that girl just might have a target on her back now.

Dominic (Michael Imperioli): While I’d love to see the “feminist” lech bite the dust, at this point I don’t see any reason to believe he’ll do anything other than either turn his life around or, well, not turn his life around. Dying before he gives monogamy a fair shake would be a real cop out. Then again, his entanglements with Lucia and Mia are getting messier every day, and Mia at least is now a known potential manslaughterer.

Albie (Adam DiMarco): The show’s aversion to comeuppance suggests to me that the privileged Stanford grad “nice guy” is probably not going to be shown the door.

Isabella (Eleonora Romandini): There’s definitely something going on between Isabella and her boss Valentina, who buys her a romantic no-reason broach in episode 4. If this pans out, it’d be The White Lotus’s second time showing a queer tryst between hotel manager and underling. We saw what happened to the last hotel manager. And alongside the dead sex worker trope, there’s another long, disappointing precedent for queer love stories ending in death. So Isabella is definitely on the chopping block. However, if she does meet her maker, her death won’t count toward the dead guest count since she’s an employee.

Tanya (Jennifer Coolidge): Though Tanya certainly seems like she’s getting set up for a spooky demise by joining Quentin’s ragtag group of vacationing gays for a remote off-site party, a bit of extratextual evidence suggests otherwise: Tanya may actually end up being the connective tissue across all future seasons of The White Lotus. Mike White hinted to Deadline at the season 2 premiere that he’s toying with the idea of bringing Coolidge along for season 3. Unless it’s a prequel season, I’m guessing she survives Italy.

Daphne (Meghann Fahey): In the season’s first scene, Daphne says she has “a few hours” before leaving the White Lotus resort. So she definitely has time to also fall prey to whatever mysterious presence killed the other guests, I suppose…

The same goes for Valentina (Sabrina Impacciatore) and Rocco (Federico Ferrante): They’re both very much alive in the first moments of the season, but who knows what’s in store for the finale. We’ll have to wait and see.

China launches 3 space stations to launch Tuesday from a rocket

Belarus minister who maintained ties with the West 'WAS killed by Kremlin assassins', reports claim 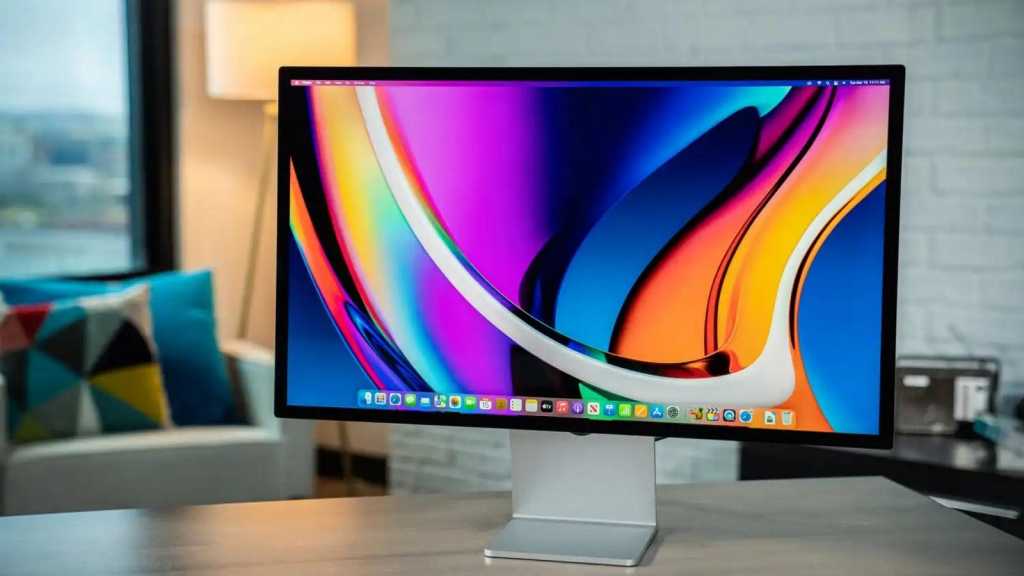 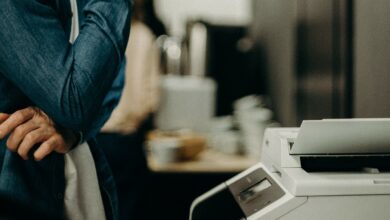 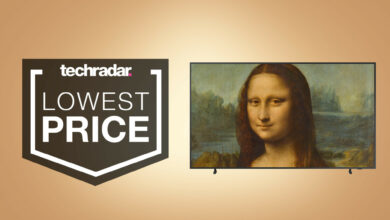 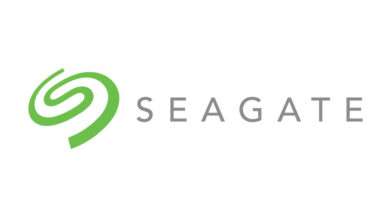