Facebook Twitter LinkedIn Tumblr Pinterest Reddit VKontakte
England may be preparing a long-term project with their Test side, but for Babar Azam and Pakistan the goal is more immediate: qualifying for the World Test Championship (WTC) final. Pakistan remain firmly in the hunt for the top-two, but find their margins for error rapidly shrinking – they will need to win four of their remaining five Test matches this cycle to remain in realistic contention. Their place in the final will be confirmed – if they win all five matches.
Pakistan had identified this cycle as a prime opportunity for a shot at the WTC title, with a favorable run of matches over the two-year period. Stuttering in matches they were expected to win, including a one wicket defeat to the West Indies last year and a final day collapse in Sri Lanka in July, left them in for a tough battle. In addition, a 1-0 home series defeat to Australia in March further narrowed the odds, but with all five Tests remaining at home, Pakistan still feel they have a shot at a top-two finish.

It is a target that the Pakistani captain was made aware of during the press conference on the eve of the first Test in Rawalpindi. “We’re excited about that prospect of playing the WTC final. This is an important series for that. We have a golden opportunity to achieve that if we win four of the five upcoming Tests.” [three against England followed by two against New Zealand].

“We were given about a week to prepare for the series, so that was great and gave us some head start and momentum. The best thing was that there were first-class matches, so some players were already playing red-ball cricket.”

The absence of Shaheen Afridi for the series is the biggest problem Pakistan has in terms of availability, especially as the omission of Hasan Ali means the hosts’ bowling line-up will be inexperienced. Naseem Shah’s 13 tests make him the most experienced bowling option for Pakistan. Fast bowlers Haris Rauf and Mohammad Ali have yet to make their Test debuts, as has spinner Abrar Ahmed who wanted to play his first Test in Rawalpindi.

“Yes, they have more experience bowling with James Anderson in their ranks and his experience gives them a bit of an edge,” Babar acknowledged. “But our bowling is good and will give England a hard time. Naseem is bowling well and whatever England has done. [this summer], I am confident in my bowling. I am convinced that they will do their best to give us victories.”

England were hampered by a bug sweeping through the camp, leading to the possibility of the first Test being postponed for a day, but Babar said Pakistan had no such concerns and were close to a final XI.

For Babar, the biggest challenge is quickly adjusting formats from short to long. Between the start of the Asia Cup in August and the World Cup final, T20Is were the only format Pakistan played, with 25 in total. Less than three weeks later, they are gearing up for a high-profile three-match home test series.

After missing out on the ICC title earlier this month, it seems Babar has already turned his attention to the next one. The next five weeks will show whether Pakistan has done enough to qualify.

According to Kristin Cavallari, These Are The Top 15 Finds from Amazon's Small Business Gift Guide 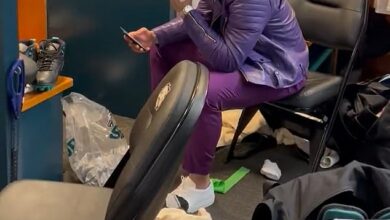 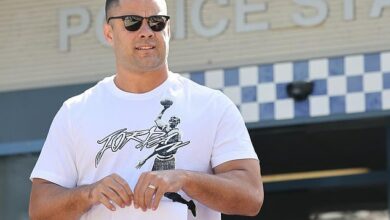 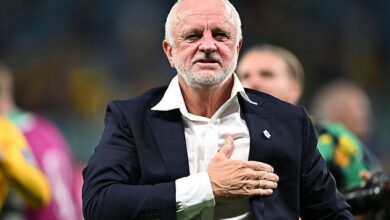