Washington reiterates its call for “accountability,” though Israel ruled out a criminal investigation into the murder of a journalist.

The United States has opposed Al Jazeera’s attempt to answer to the International Criminal Court (ICC) for the murder of journalist Shireen Abu Akleh, who was shot by Israeli forces in the occupied West Bank earlier this year.

Hours after the network filed a request on Tuesday for the court in The Hague to investigate and prosecute those responsible for the murder of the Palestinian-American journalist, the US State Department said it rejects the action.

“We are against it in this case,” State Department spokesman Ned Price told reporters.

Washington has long resisted Palestinian-led efforts to raise Israeli abuses with international bodies, including the United Nations and the ICC.

“We maintain our longstanding objections to the ICC’s investigation into the Palestinian situation,” Price said Tuesday when asked about Al Jazeera’s request to the court.

“The ICC must concentrate on its core task. And that core mission is to serve as a court of last resort in punishing and deterring atrocities.

Abu Akleh was shot dead by Israeli forces on May 11 during a raid on the occupied West Bank city of Jenin. Her murder sparked global condemnations and demands for justice.

Israel, accused by human rights groups of imposing a system of apartheid on Palestinians, receives $3.8 billion annually in US security aid.

On Tuesday, Price repeated a US call for “accountability” in the case.

“We have consistently said that this needs to be investigated and eventually it must lead to accountability,” he said. “We continue to have conversations with our Israeli counterparts about the importance of accountability.”

But when pressed about opposition to the ICC’s involvement — given that Israeli authorities have ruled out a criminal investigation into the US citizen’s murder — Price said that “accountability in this context” refers to general “procedures” by the Israeli army for the protection of non-combatants.

Al Jazeera has presented the findings of a 6-month investigation to the ICC and says journalist Shireen Abu Akleh was clearly targeted and deliberately killed by Israeli forces ⤵️ pic.twitter.com/Xx4cWZSm9W

In September, after the Israeli army admitted that one of its soldiers had probably killed Abu Akleh, Washington pushed back its call for accountability and instead pushed for an Israeli review of its army’s rules of engagement to limit harm to civilians. limit – a demand that was explicitly rejected by Israel. leaders.

Despite Price’s insistence that the US position was consistent, he had given a different definition of accountability in May. “Those responsible for Shireen’s murder must be prosecuted to the fullest extent of the law,” he told reporters after Abu Akleh was killed.

Last month, Israeli officials said the FBI had opened an investigation into the murder and pledged not to cooperate with a US investigation.

But the US Justice Department has not confirmed the Israeli accounts, and the State Department distanced itself from the possible investigation, saying the move would be outside its jurisdiction.

Earlier, the Biden administration had rejected calls for an independent inquiry and insisted that Israel investigate allegations of misconduct by its troops. Numerous US lawmakers, including some staunch supporters of Israel, had called on Washington to launch its own investigation into the matter.

Palestinian rights advocates stress that Israel cannot be left to investigate its own violations, pointing to a long history of impunity for Israeli atrocities against Palestinians.

Samuel Rappylee Bateman accused of offering daughter, 14, a bag of Doritos and $50 for marriage 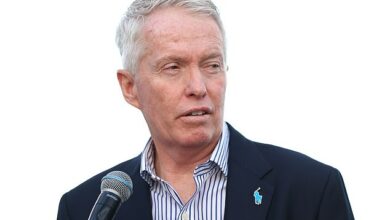 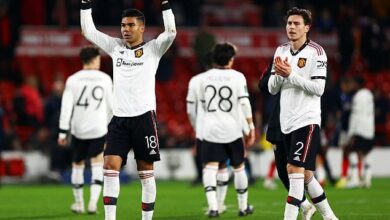 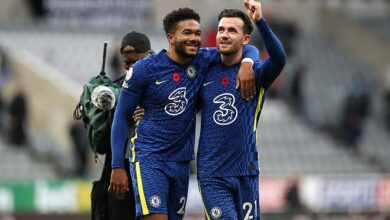 Top Tips to Take the Perfect Selfie
25 mins ago