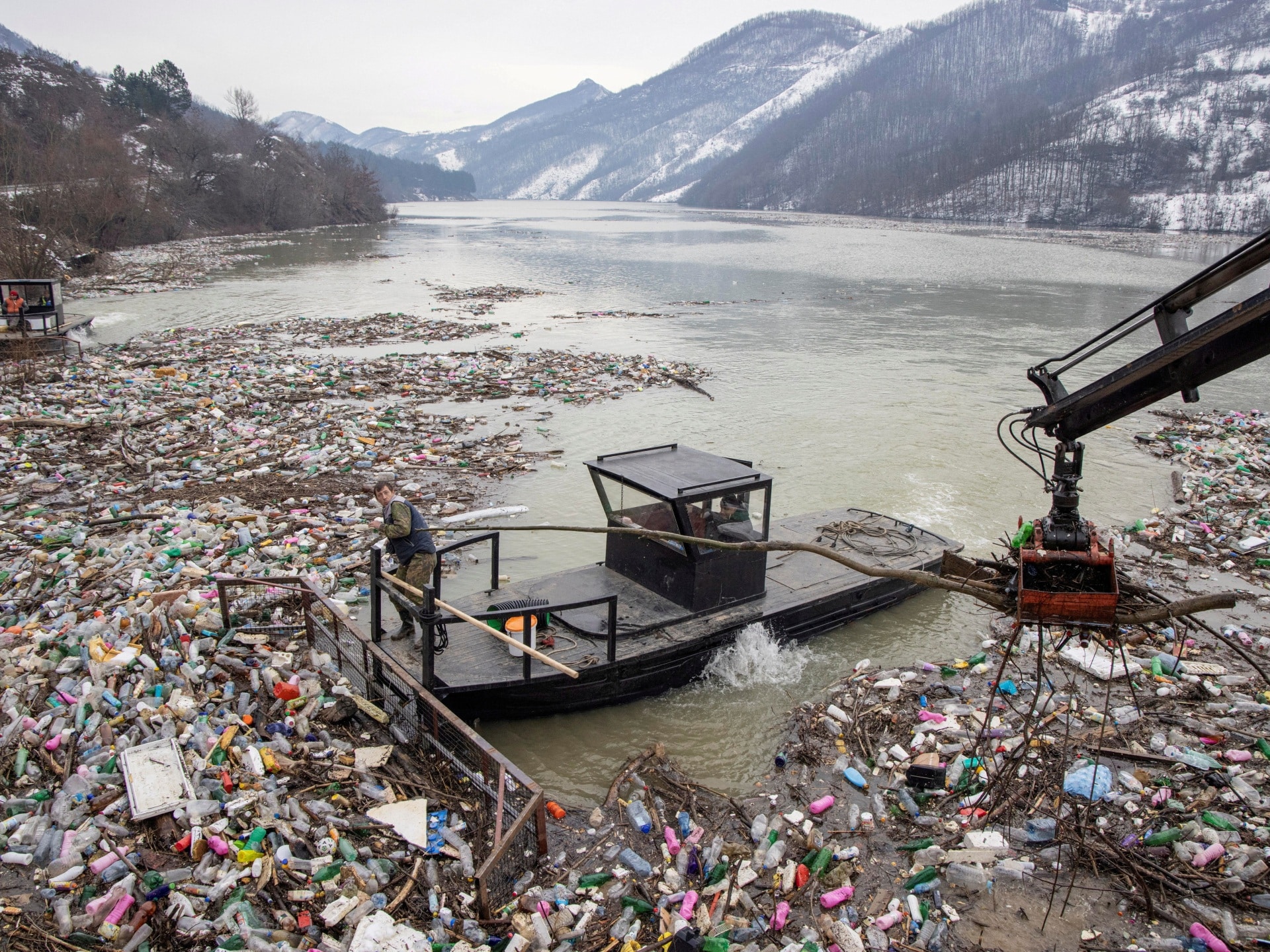 The first round of negotiations on a global treaty to end plastic pollution has ended in a split over whether goals and efforts should be global and mandatory, or voluntary and country-led.

More than 2,000 delegates from 160 countries gathered in Uruguay for the first of five scheduled sessions of the Intergovernmental Negotiation Committee (INC), a UN negotiating body that is set to draft the first legally binding agreement by the end of 2024.

Negotiations in the coastal town of Punta del Este that ended on Friday have pitted a “High Ambition Coalition” against countries that have the world’s largest plastics and petrochemical companies, including the United States and Saudi Arabia.

The High Ambition Coalition of more than 40 countries, including EU members, Switzerland, hosts Uruguay and Ghana, pushed for the treaty to be based on mandatory global measures, including production restrictions.

“Without a common international regulatory framework, we will not be able to tackle the global and growing challenge of plastic pollution,” Switzerland said in its position statement.

The other side wants the pact to resemble the structure of the Paris climate agreement, in which countries set their own targets and action plans for reducing greenhouse gas emissions.

They argue that national plans allow governments to prioritize the main sources and types of plastic pollution.

“The United States is committed to working with other governments and stakeholders throughout the INC process to develop an ambitious, innovative and country-led global agreement,” a U.S. State Department spokesman said in a statement. declaration. Industry representatives during the talks praised the vital role of plastics in everyday life and called for the treaty to focus on tackling waste rather than measures to undermine production.

“Ultimately, we hope the committee comes to the same conclusion as we did, which is that increasing recycling is the best solution to reduce plastic waste,” said Matt Seaholm, the president and CEO of the Plastics Industry Association.

UN Secretary-General Antonio Guterres sent the opposite message, urging nations to crack down on the production of plastics, which are “fossil fuels in another form.”

“I call on countries to look beyond waste and turn off the tap on plastic,” he wrote on Twitter.

If negotiations to an agreement to #BeatPlasticPollution move on, I call on countries to look beyond waste and turn off the tap on plastic.

Environmental group Greenpeace said that without a strong treaty, plastic production could double in 10 to 15 years and triple by 2050.

“While in the minority, there are some powerful opponents of global rules and standards who risk weakening countries’ obligations to take action,” said Eirik Lindebjerg, WWF Global Plastics Policy Lead.

The Intergovernmental Negotiating Committee was established by the United Nations Environment Assembly to develop the text of a global agreement on plastic pollution.

The move followed a meeting in Nairobi in March when UN members passed a landmark resolution to end plastic pollution.

Governments agreed to start work on a global, legally binding agreement addressing the full lifecycle of plastics that will take effect in 2024, but differed on key issues, including whether plastic production should be reduced, types of plastic should be be phased out and global rules need to be harmonised.

Negotiations began in Uruguay on November 28. The EU called for a second round to be held “no earlier than the end of April 2023” to ensure sufficient time between sessions.

Jacky - January 27, 2023
The United Nations fired among their leading authorities after finding he belonged of a scandal that included the intergovernmental company lending $61million to...

Substantial asteroid the size of a LONDON BUS will fly within 2,100 miles of Earth today