In a thread posted on Twitter, journalist Matt Taibbi discussed documents and messages he obtained from Twitter employees and Elon Musk that suggest Twitter took an active role in influencing the 2020 U.S. presidential election. The crux of Taibbi’s story is the controversial news reporting around Hunter Biden’s laptop and the confusion among Twitter employees and executives as to how to handle the dissemination of potential misinformation.

Elon Musk’s management of Twitter seems to have generated nothing but controversy since the entrepreneur claimed ownership of the social media platform in late October. Musk, undeterred by criticisms, is pushing headfirst into stirring the pot with a new thread detailing how executives and employees at Twitter may have actively influenced the 2020 United States presidential election.

Taibbi also claims Twitter employees were actively propositioned by people related to both major U.S. political parties (Republicans and Democrats) to delete specific tweets or ban accounts. Per screenshots posted by Taibbi, Twitter employees complied with several of these requests.

Taibbi’s reporting centers around alleged active suppression of the Hunter Biden laptop news story, which resulted in the banning of the New York Post and the deletion of tweets or banning of accounts that retweeted or commented on the story. Taibbi’s claim is that employees knew Twitter’s reasoning for the company’s reaction was shaky at best, with many seeming confused as to why Twitter instituted such actions, which including the restriction of the then-White House press secretary’s Twitter account.

Gadde, in an email to Democrat Congressman Ro Khanna, stated that the account was locked because the post (and news story) violated Twitter’s rules prohibiting the posting of “hacked materials.”

While Taibbi suggests Twitter employees actively influenced the 2020 election by deleting tweets, banning accounts, and supressing news despite confusing or shaky justification, it is important to note that Taibbi explicitly states both political parties asked Twitter to delete posts or accounts on their behalf and that Twitter complied with requests from both parties.

Perhaps what is most intriguing is that, as Taibbi claims, former CEO Jack Dorsey was not privy to the decisions surrounding action taken in response to the Hunter Biden laptop story.

Another point Taibbi draws attention to is the outcry among U.S. politicians regarding the fallout of Gadde’s decisions. Referencing an email to Twitter from NetChoice, a research firm, politicians were outraged by Twitter’s actions and were considering moves to repeal Twitter’s protections under Section 230 of the Communications Decency Act, which protects platforms from being held legally responsible for the speech of its users.

The Twitter Files magnify the concerns many people have had concerning social media and its influence over modern life. Services like Facebook, Twitter, and other social media platforms have long been under fire for potentially influencing politics, mishandling user data, violating user privacy, and more. Taibbi’s thread (which received Elon Musk’s help and endorsement) may add fuel to the growing fire of “Big Tech’s” influence in the spread of information and propaganda.

Musk and Taibbi stated that this thread was only “Part 1” of the The Twitter Files and promised that more documents will be revealed over the coming days.

I’ve been a computer geek my entire life. After graduating college with a degree in Mathematics, I worked in finance and banking a few years before taking a job as a database administrator. I started working with Notebookcheck in October of 2016 and have enjoyed writing news and reviews. I’ve also written for other outlets including UltrabookReview and GeeksWorldWide, focusing on consumer guidance and video gaming. My areas of interest include the business side of technology, retro gaming, Linux, and innovative gadgets. When I’m not writing on electronics or tinkering with a device, I’m either outside with my family, enjoying a decade-old video game, or playing drums or piano. 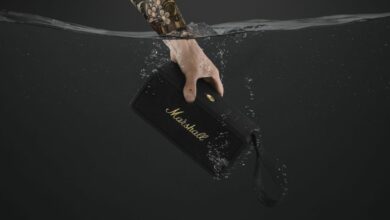