Robert Downey Jr. was only six years old when he took the first step on his chaotic path to drug addiction and imprisonment.

His father had seen him drinking a glass of white wine during a poker night at the family home in New York. But instead of quickly removing the glass from his young son’s hands, he handed him a cannabis joint and told him to puff on it. Such was cult filmmaker Robert Downey Sr.’s unorthodox approach to childcare.

Far less well known than his Hollywood star son – who overcame his demons to become the world’s highest paid actor – Robert Downey Sr was a maverick director who was also a hopeless drug addict for much of his life.

Years later, he admitted that he had made “a terrible, stupid mistake” in giving his six-year-old son drugs. But — as a new documentary, three years in the making, reveals — it suited a chaotic and irresponsible parenting style.

When he wasn’t handing narcotics to his son, Downey Sr. took little Robert to watch X-rated movies and even cast him — starting at the age of five — in his own disturbing and far from kid-friendly films. Family life included “growing up in a family where everyone was on drugs,” according to Downey Jr. 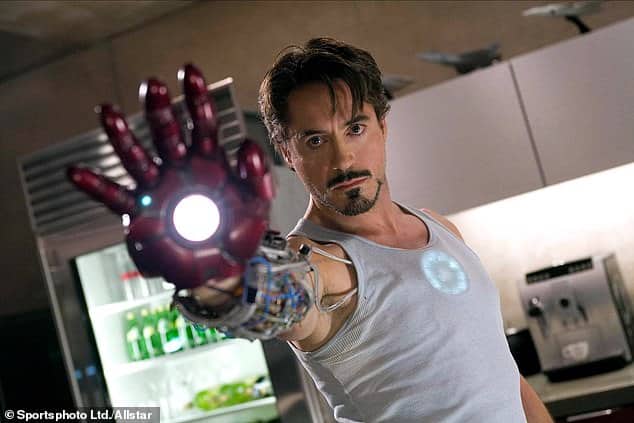 Downey Jr., the younger of two children, was born in Manhattan, New York City, in 1965 and initially grew up in the bohemian neighborhood of Greenwich Village, where he says he was “surrounded” by drugs at home.

Is it any wonder, some may wonder, that the future Iron Man star went off the rails so spectacularly?

He poses that same question to his ailing father in “Sr.”, a new Netflix documentary the star made about his turbulent relationship with his father and his bizarre upbringing.

The film sheds a revealing new light on a deeply troubled but confident actor who told a judge in 1999 that, thanks to his father giving him drugs, he had been addicted since he was eight. He added that his addiction to cocaine and heroin was “like having a gun in my mouth, and I’ve got my finger on the trigger, and I like the taste of the gun metal”.

In July 2021, Downey Sr died of Parkinson’s disease at the age of 85. While they show a deep affection for each other – and Downey Jr avoids outright accusations – the role his father played in his devastating personal problems is all too clear.

Referring to his dismal upbringing, Downey Jr says at one point, “I think we’d be remiss not to discuss the effect on me.”

His father mumbles back in embarrassment, “Boy, I’d like to miss that discussion.”

Downey Jr., the younger of two children, was born in Manhattan, New York City, in 1965 and initially grew up in the bohemian neighborhood of Greenwich Village, where he says he was “surrounded” by drugs at home. 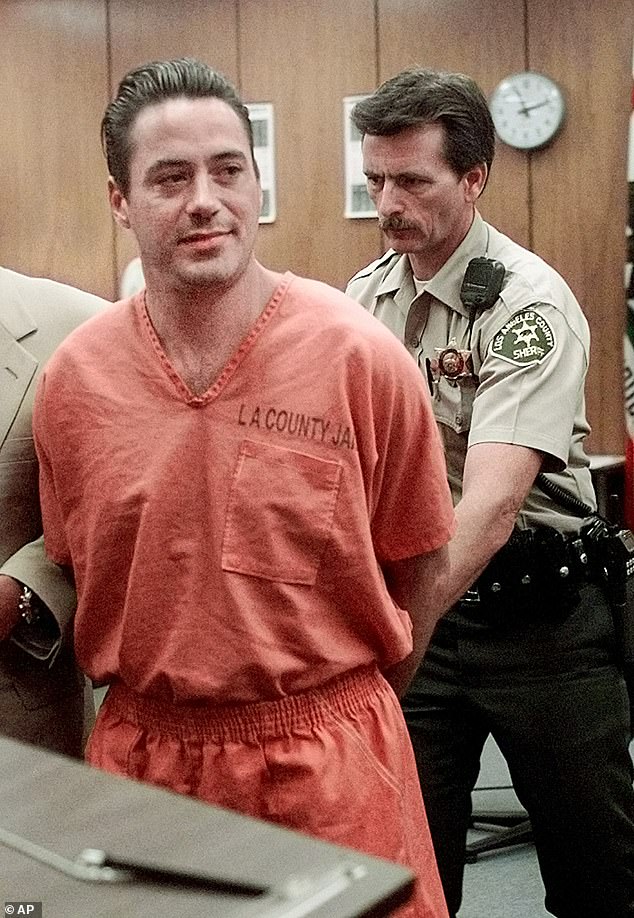 Robert Downey Jr. was only six years old when he took the first step on his chaotic path to drug addiction and imprisonment

His parents were disciples of the 1960s counterculture making underground films, his mother, Elsie, appeared in everything her husband made – at one time she played all 12 female characters.

Though he influenced a generation of younger filmmakers, Downey Sr’s films were never commercially successful and the family lived hand-in-hand in a cramped converted loft.

His father claimed he made an X-rated bonkbuster, The Sweet Smell Of Sex, just to pay the medical bills for the boy’s birth.

Robert Jr was only five when he had his first on-screen role. This was for an absurdist comedy, Pound (1970) – in which the cast played stray dogs waiting to be put down. Downey Sr typically did not take into account five-year-old Robert’s age in the single line he wrote for him. “Do you have hair on your balls?” the boy asks a bald man.

Two years later, a seven-year-old Downey Jr. appearing in another of his father’s deranged movies, a western called Greaser’s Palace. In this, he had his throat slit by a Christ-like preacher and had to watch his own mother – also cast in the film – be viciously beaten.

The new documentary features an excerpt from a rare interview, apparently from the 1990s, in which Downey Sr admits, “A lot of us thought it would be hypocritical not to let our kids participate in marijuana and things like that.” It was an idiotic move on our part to share that with our kids. I’m just glad he’s here.’

When asked if he was ever worried that his son – who next to him in the interview looks noticeably worse for wear and tear – wouldn’t survive, he replies, “Often.”

The family moved at least a dozen times – to London, New Mexico, Los Angeles and Connecticut – as the parents continued their careers at the expense of their children’s education. 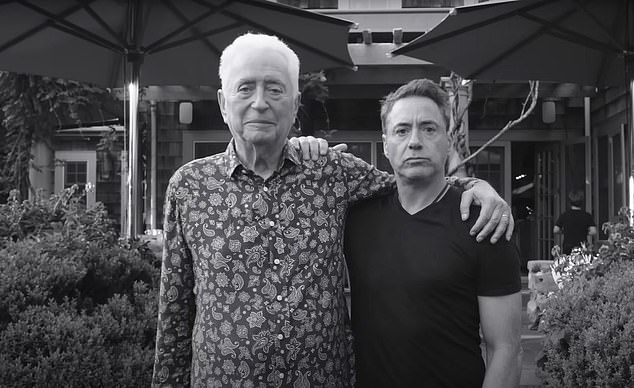 His parents were disciples of the 1960s counter-culture making underground films, his mother, Elsie, appeared in everything her husband made – at one time she played all 12 female characters

In LA, family friends such as Jack Nicholson, Peter Sellers and Alan Arkin regularly visited a home where cannabis, says Downey Jr., was “a staple, just like rice.”

Over time, the director’s cult status caught the attention of major Hollywood studios – and the family moved to California so that in 1980 he could make a comedy called Up The Academy. This depicted the outrageous antics of a group of misfits at a military college. It was a flop, but not before Downey Sr tried to turn the main characters into ten-year-old children. The studio told him he was crazy.

One guy said, “If you keep talking like that, we’re going to fire you and you won’t get the last part no matter what,” he recalled in the documentary. “I said, ‘Okay, as long as I get the cocaine definitely.’

“And that was almost the end of me out there.”

His son intervenes: “You didn’t give a damn, did you?”

Eventually, says Downey Jr., drug use became the only way his confused father could connect with him. “When my father and I used drugs together,” he explained in a 1988 interview, “it was like he was trying to express his love for me in the only way he knew how.”

His parents divorced in 1978 – when Robert was 13 – and he initially moved to Santa Monica, California with his father.

In high school, his drug and alcohol problems escalated when he partied with the Hollywood brats. His fellow students there, including Sean Penn, Rob Lowe and Emilio Estevez, were already stars and Robert was determined to become one too.

At the age of 16, he dropped out of school to pursue acting. At the age of 18, he had to fend for himself when his father cut him off financially.

Downey Jr returned to New York to try his luck on stage. He quickly found not only work but also romance when – after an affair with future Oscar winner Marisa Tomei – he began a serious relationship with fellow cast member Sarah Jessica Parker, also 18 at the time, and several years of stardom in Sex And The City.

They lived together for five years before Downey Jr.’s drug addiction. destroyed their relationship.

By then, however, he had found his escape role, playing – what else? – a drug-addicted rich kid in the 1987 movie Less Than Zero.

The roles poured in, including co-starring with Mel Gibson in the 1990 action comedy Air America, and an Oscar-nominated performance as Charlie Chaplin in 1992’s Chaplin. married model Deborah Falconer in 1992 and they had a son, Indio.

Meanwhile, his father’s second wife, actress and writer Laura Ernst – whom he married in 1991 – proved to be his salvation. He stopped taking medicine to care for her when she was diagnosed with motor neuron disease; she died in 1994 at the age of 36.

“It was time to grow up, think about someone else first,” he admits.

But there was no salvation for his son yet as his drug use and chaotic behavior only increased.

His father joked—with some brutality in the circumstances—that he kept an eye on his son by reading the scandal-filled National Inquirer.

There was plenty to report. In 1996, Downey Jr. arrested for speeding while drunk and possession of heroin, cocaine, crack cocaine and an unloaded gun. The following month, while awaiting trial, his neighbors called the police after discovering that Downey Jr had walked into their home in a haze of drugs and passed out on their 11-year-old son’s bed.

In the same year, his wife, Deborah, finally gave up his drug addiction and left him. A judge ordered him to go to rehab. But he escaped, was recaptured and sent back, with Downey Jr admitting he was “the billboard for pharmaceutical mismanagement.”

He repeatedly skipped court-ordered drug tests and was in and out of prison — twice waking up in a pool of his own blood after other inmates attacked him — before a judge finally lost his temper with the star’s arrogance and ordered him imprisoned for three years in 1999. .

Even after he was released in 2000 and won a Golden Globe for his performance as Calista Flockhart’s boyfriend in the TV legal drama Ally McBeal, he kept getting into trouble. Police found cocaine and methamphetamine in his hotel room and while on parole he was found barefoot and high by LA.

Fired by Ally McBeal, he went back to rehab. Finally, in 2003, he met producer Susan Levin on a movie set. She told him she would only marry him – which she did in 2005 – if he promised to give up drugs for good.

He started therapy with a 12-step program, started meditation and kung fu, and now says caffeine is the strongest drug he uses.

His film career never looked back. In 2008, Downey Jr was chosen to play billionaire inventor Tony Stark, aka Iron Man, in the first of Marvel Comics’ hugely successful Iron Man films. The actor, who once made 8p an hour scrubbing pans in prison, has made £355 million from the franchise.

It’s an amazing story of redemption – worthy of a Hollywood movie. The question is, would any of it have happened if Downey Sr hadn’t given his six-year-old son that first cannabis joint all those years ago?

IAN LADYMAN: FIFA are trying to fix something that isn't broken in altering World Cup format in 2026

Arkansas Sheriff, 57, arrested on drug and gun possession after getting stopped for speeding 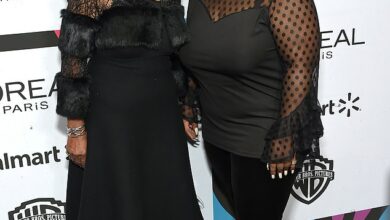 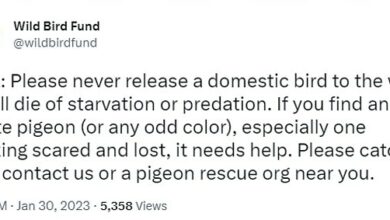 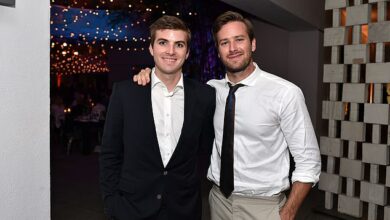 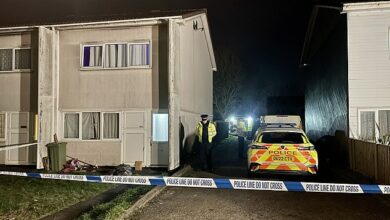