Making kids do chores teaches them life skills they’ll need to succeed later in life — but now a study suggests they have a direct benefit to their health, too.

School gardening and cooking classes have been shown to lower blood sugar and cholesterol levels in children as young as seven.

Researchers are hopeful that these chores could not only teach children valuable life skills, but also improve their nutritional health.

Dubbed “Texas Sprouts,” the program is good news in light of a growing childhood obesity crisis that worsened during the pandemic as children were forced to isolate themselves from friends and activities that keep them fit. 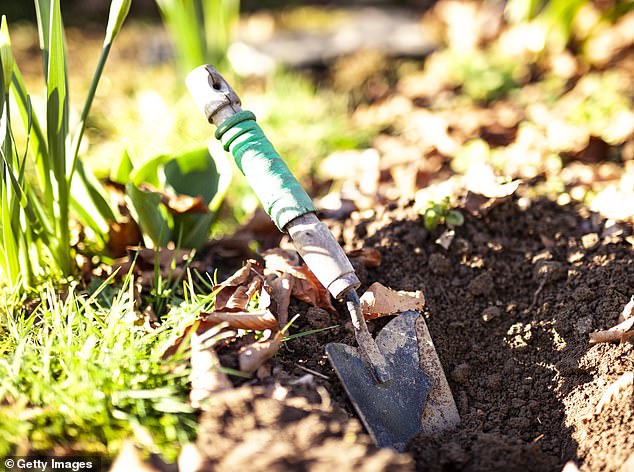 Texas Sprouts schools saw a 0.02 percent reduction in HbA1c, or average blood sugar, over the past three months, and a 6.4 mg/dL reduction in LDL, or “bad” cholesterol

The Texas Sprouts started in 2016, while a second group of the same number of schools started soon after. They were all in the Austin, Texas area.

Spanning the nine-month school year, the program included the formation of a Garden Leadership Committee—and a half-acre garden to teach children.

Full-time educators taught 18 one-hour gardening lessons individually to each class from third to fifth grade throughout the year as part of the regular school curriculum.

In addition to learning plant farming and environmental science, the children learned important nutrition lessons, including how to cook fruits and vegetables healthily and make smart food decisions.

Parents were invited to the program so that they could also brush up on proper nutrition.

As a result, these children ate more vegetables every day compared to others, and also consumed more dietary fiber, which improves blood sugar control.

Researchers at the University of Texas collected data on children and parents who participated in the study at the beginning and end of the school year.

They measured the students’ height, weight and body mass index (BMI) parameters, as well as their glucose, insulin, insulin resistance and a blood panel – which measures the fat content of the blood.

After controlling for external factors, the researchers found that participation in the activities caused a child’s fasting blood sugar to drop 13 percent more than children at other schools.

These students also have triglyceride levels that drop 39 percent more than students at other schools, and HDL drops 74 percent more — both fats in the body are linked to health problems when allowed to accumulate.

Dr. Adriana Pérez, senior author of the study and professor of biostatistics at UTHealth Houston said: “Small increases in dietary fiber and vegetable intake, as well as reductions in added sugar intake, may have combined effects in lowering bad cholesterol and improving the glucose regulation. ‘

The researchers who designed the program acknowledged that the drop in average hemoglobin A1c — linked to blood sugar — was “rather small” — a 0.02 percent drop — even a small drop is significant.

Lower A1c levels are linked to a lower risk of developing diabetes and “microvascular” complications, such as kidney disease, vision loss and nerve damage.

The success and scalability of the program suggests that many schools could benefit from a gardening and feeding program, researchers say.

It can be especially valuable for students in low-income areas.