We are told that we are going to the sorting office to deliver some festive letters. But when Sparkle the elf pushes open the door to the log cabin, surrounded by fir trees and snow, it’s the man himself who greets us – the real Santa Claus.

From the perspective of the front of a festive card, it looks very convincing. So much so that I’m a little baffled. My six-year-old daughter Amelia grins broadly and rushes to hug the happy-looking man who has a really authentic-looking beard and very ruddy cheeks.

In his soft Irish voice, he asks her what she wants for Christmas. But says no, he can’t fulfill her request for one of every toy in the world – and instead she gets a wrapped sticker machine (which we bought and secretly brought with us prior to the visit). 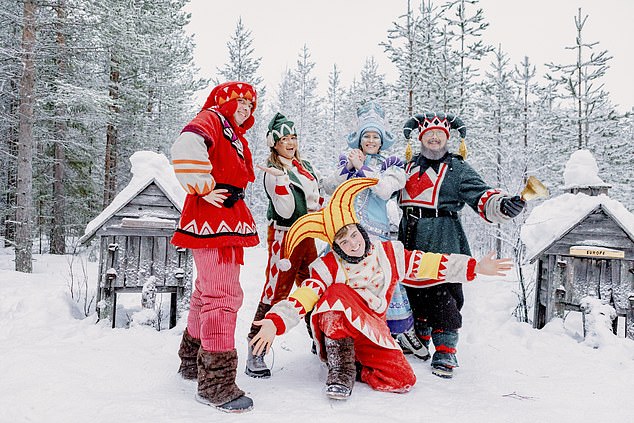 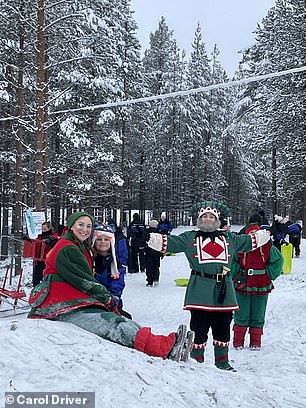 Amelia hangs out with the elves

Then we are in the snow and minus seven degrees, and on to our next activity of the day – children’s snowmobiles.

My husband and I took Amelia to Finnish Lapland for a two night trip courtesy of canterburytravel.com.

With so many operators offering travel to this destination, and with the magical world of Santa available in the UK thanks to Lapland UK in Ascot it’s hard to know which one to choose and whether flying abroad is a bit of an unnecessary expense. But here you are guaranteed snow, on what is probably a once-in-a-lifetime trip.

The Santa theme kicks off in Stansted before we board our charter plane to remote Kuusamo Airport, with Jet2 TV screens at our departure gate with ‘Lapland’ as our destination, and staff wearing elf outfits and handing out candy.

‘This is your captain speaking. This plane will soon leave for Lapland’, the message sounds through the PA system in the plane.

Three and a half hours later we watch the snow from the window of our bus as we follow the scenic route to the Arctic Circle Hotel in Suomu – which is located on the Arctic Circle – where we will stay for the next two nights.

It is a three-star hotel in a breathtakingly beautiful location. The three of us are crammed into a small room with an extra pull-out bed for Amelia, but we don’t stay there long. 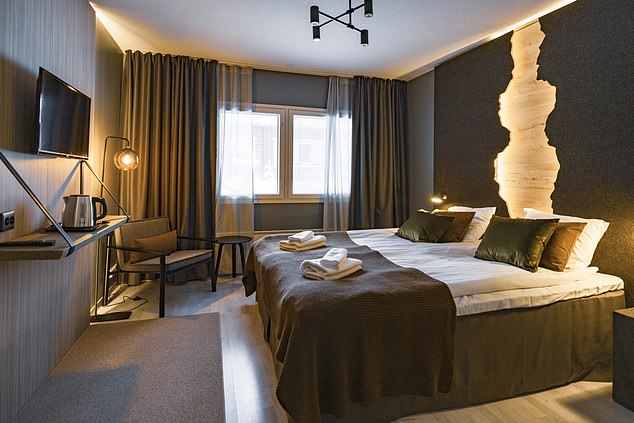 Carol and her family are staying at the Arctic Circle Hotel, which she says is in a “stunningly beautiful location.”

The on-site restaurant serves delicious, hearty dishes (roast dinners, homemade soups, pasta dishes) that are enjoyed by both children and adults. At dinner that night, the elves, who will guide us through our activities the next day with games and song, introduce themselves and explain how all the children must complete six tasks – from learning an elf song to taking a husky sleigh ride – so they can graduate, along with the special elf Sparkle, from Elf School. It’s a really fun way to keep the little ones entertained.

Then it’s time for bed – tomorrow is a very busy day, with an incredibly early start. 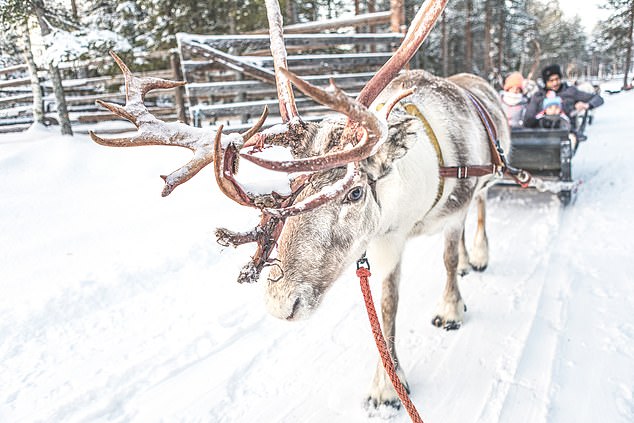 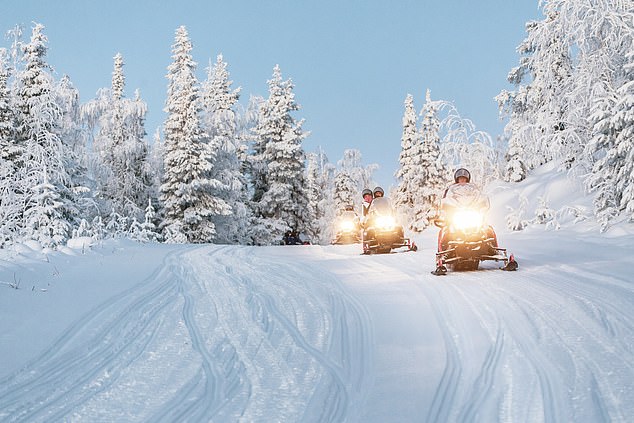 Snowmobile tours are included in the Lapland route 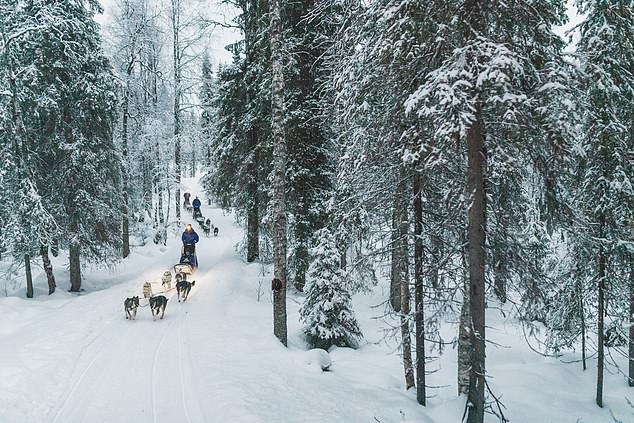 Carol describes her adventure in Lapland as a ‘journey of a lifetime’. Husky sledding adds to the fun factor 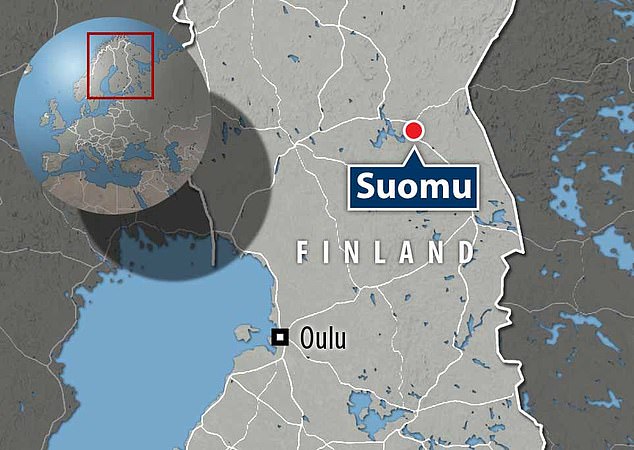 Snow is guaranteed in Suomu. Carol describes the landscape there as a ‘winter wonderland’

After breakfast we travel with a bus full of families to our first activity just a few minutes away. It’s snowing, but we’re all snug in the snowsuits and boots that are provided.

We make our way through the beautiful winter wonderland to a log cabin, where the elves are waiting for us, to explain how they need the children to collect the letters to Santa that are scattered all over the office, which of course they love to do.

The families are called one by one to a large tipi inside which a roaring fire burns. The elves lead us through games as we wait to be called for our turn to go to the sorting office – a ruse that leads to us meeting Santa Claus. 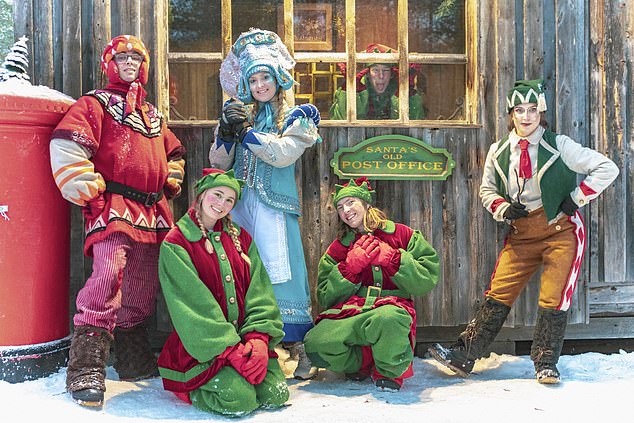 Amelia’s verdict? “The most magical trip ever,” says the six-year-old

WHAT IT WAS LIKE TO MEET THE REAL FATHER CHRISTMAS

The elves had tricked us because they didn’t want us to know that we would meet Santa Claus at that time.

I knocked on the door and it opened and Santa was inside. The icicle I was about to eat slipped from my hand. 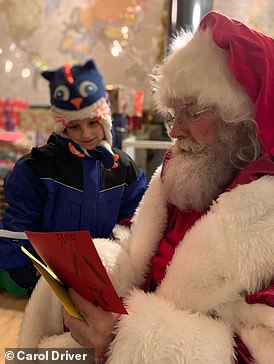 He was big, round and cheerful. He wore glasses and a red hat with a little fluffy white snowy thing around the brim and a fluffy white ball at the top. He had a big white mustache and a white bushy beard.

He looked at me kindly with a twinkle in his eye.

Santa gave me a present and it was a sticker making machine. It was exactly what I asked him for.

I know it was the real Santa, because the real Santa lives in Lapland. The others we see are the dressed up elves, they are his helpers.

It’s a fun way to do it. A surprise for the children and parents. Then it’s time for snowmobile rides, first for the little ones (which are pulled on mini snowmobiles by an adult on a big machine), then we’re back on the bus heading to another location nearby for a 10 hour ride . minute reindeer ride. Our group is split in two, and while some are pulled along by Rudolph and his mates, the other sits in a warm teepee drinking hot berry juice.

After a quick stop back at the hotel for lunch, we’ll be back on board and head out for a skidoo ride, then it’s an hour for group games and time to play in the snow for 30 minutes. Then it’s a short drive, where the adults can ride the (large) snowmobiles.

However, there is a lot of waiting as there are more adults than the machines. And while there is a fire and the children are entertained by Ginger the elf, the cold begins to creep in.

We are then back on the bus for our last stop – the huskies. The group is split in two again, and one gets to ride in a sled pulled by the dogs, while the rest of us meet the huskies that are currently being trained. They are in cages and not all of them are particularly tourist friendly yet.

In a minute it will all be over and we will go back to the bus for the last time. It’s been dark for a few hours and the moon is already shining (there’s only four hours of daylight here in winter), so it feels a lot later than 5pm.

After a roast dinner, we change for the graduation party, which is two hours later, and we almost all fall asleep.

Back at the diner, there’s a merry graduation event (with lots of dancing elves) for Sparkle and the kids, who are given a special book to mark their becoming full-fledged elves.

Exhausted, we are all asleep within minutes when we get back to the room. On the last morning before flying home, all the families on the same journey descend on the slopes next to the hotel to also spend an hour sledding with the elves.

After a very early lunch, we are taken to the airport through a souvenir shop, arriving almost four hours before our flight. It’s time I would rather have spent enjoying the snow.

On the flight home, Amelia turns to me and asks if she will ever return to Lapland. Maybe, I reply. “I hope so,” she says, “it’s been the most magical journey ever.”

So despite it being a whirlwind visit I’d say it was still worth it.

Two night short Christmas break to Suomu. The target price for a family of 4 is € 4,440. Christmas Sparkle includes flights, transfers, full board accommodation, onboard catering, a magical immersive experience at Elf School, 60 minute husky and reindeer experiences including a sleigh ride through the forest, meeting the animals and their rangers to learn more to learn about their history and life, snowmobiles, magical post office, sledding and a private meeting with Santa Claus, Elf Graduation ceremony and party party. Depart from Birmingham, Gatwick, Manchester and Stansted Airport. Visit www.canterburytravel.com or call 0800 270015.

How to use a VPN on a Mac 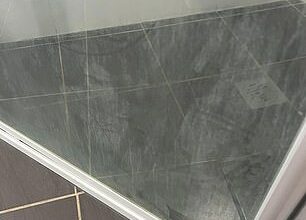 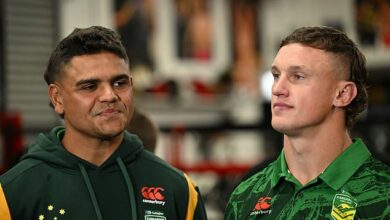 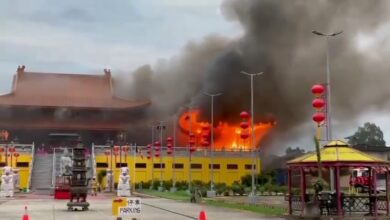