Steven Spielberg’s cinematic love letter to his parents, to the craft of making movies and, frankly, to himself, arrives on the silver screen endorsed by a raft of Academy Award nominations.

They are well earned. The Fabelmans is suffused with warmth, tenderness and charm, while also giving us a compelling insight into how the most successful film-maker of all time, at least when assessed in pure commercial terms, became obsessed with the medium that would make him a billionaire as well as a household name.

In the film, that name is Sammy Fabelman (played as a younger child by Mateo Zoryan and as a teenager by the excellent Gabriel LaBelle). Yet the fictionalising is gossamer thin.

The Fabelmans has been described as semi-autobiographical, but we should probably make that seven-eighths.

At the pictures: Paul Dano and Michelle Williams with Mateo Zoryan as a young Sammy

The close ‘friend’ of Spielberg’s parents, for whom his mother (Michelle Williams) eventually left his father (Paul Dano), was ‘Uncle’ Bernie in real life. Here, a single letter is changed. Charismatically played by Seth Rogen, he becomes Uncle Bennie.

The story begins in 1952, with young Sammy being taken by his parents to the cinema for the first time, to see the Cecil B. DeMille extravaganza, The Greatest Show On Earth.

He is both riveted and horrified by a train crash scene, which back at home he replicates over and over again, compulsively, with his toy train set.

Burt, his father (who was called Arnold in real life), loses patience with him. But his warm, flighty, impetuous, emotionally unstable mother, Mitzi (who was actually Leah), is more in tune with his needs.

Gently, she suggests that if he films the crash just once with his dad’s 8mm movie camera, he can watch it repeatedly without further damaging his trains. In other words, he can satisfy his creative impulses and even address his hang-ups with a camera. That is where the seed is planted that in the untold part of the story will develop into mighty pictures such as Jaws, Close Encounters, E.T., Schindler’s List and Saving Private Ryan. 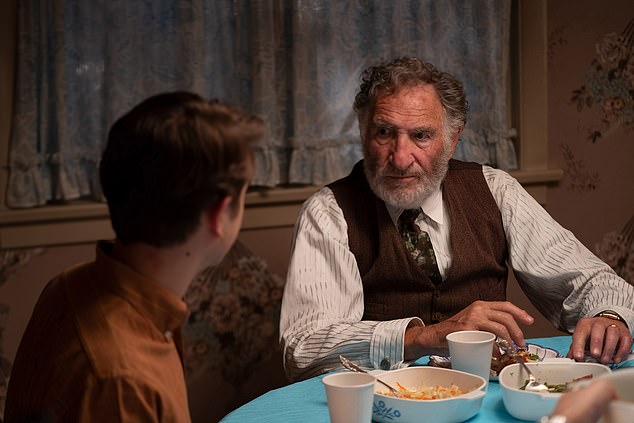 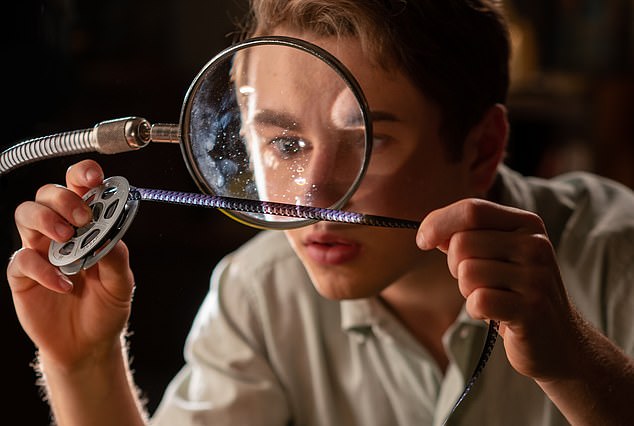 Gabriel LaBelle as Sammy Fabelman in The Fabelmans, co-written, produced and directed by Steven Spielberg

Spielberg and his co-writer, the acclaimed playwright Tony Kushner, focus hard on Sammy’s relationships with both his parents. Dano plays Burt as a kindly man, a devoted father to Sammy and his three younger sisters, but disparaging about Sammy’s burgeoning interest in film-making. If only the boy would spend as much time on his algebra!

Burt is also a workaholic whose success as an early computer engineer keeps forcing the family to move westwards from New Jersey. They settle first in Arizona, then in California, away from the comforting embrace of a close Jewish community in neighbourhoods where casual anti-Semitism seems organic, practically part of the water system or the soil.

That prejudice, too, is formative for Sammy as he moves through his teens.

By now he makes short dramatic films every weekend, but when he is asked to chronicle a high school day at the beach he shoots it, perhaps with deliberate irony, rather like the Nazi propagandist Leni Riefenstahl made Triumph Of The Will (1935). He portrays his chief anti-Semitic tormentor as a god-like athlete, and the bully, who has nicknamed him ‘Bagelman’, has the wit to be embarrassed.

This is Sammy fighting back, just as Spielberg did, using his camera as a weapon. 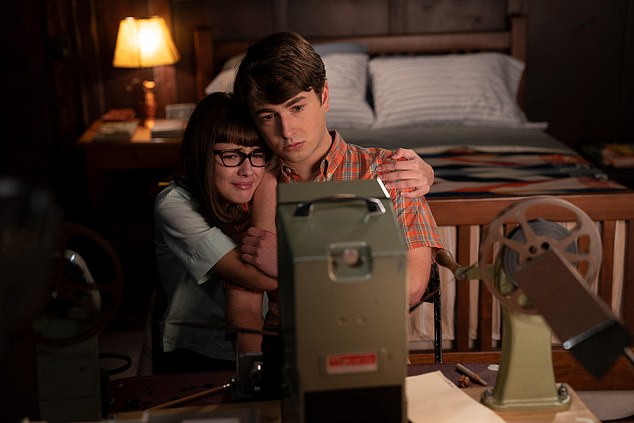 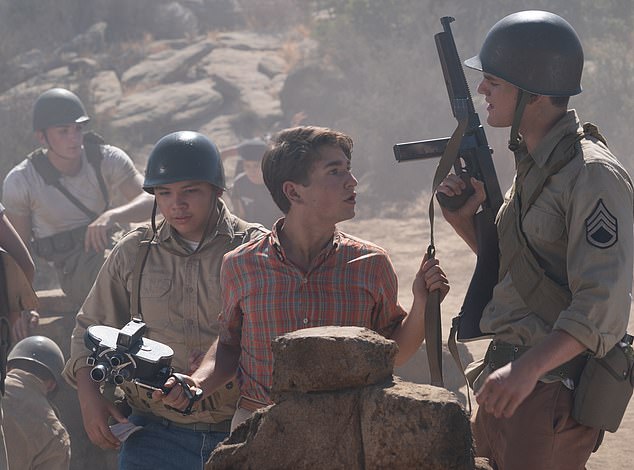 Once we accept that The Fabelmans is seven-eighths autobiographical, we are all beneficiaries

Yet the camera has the power to undermine his world as well as enhance it. While editing the film of a camping trip he realises, for the first time, the closeness between his mother and Uncle Bennie. Soon, the family is ripped apart, the enduring significance of which again lies more in the untold story than the one on screen. The divorce of Spielberg’s parents, when he was a teenager, has been a manifest influence on his storytelling.

There is a great deal of gentle humour in The Fabelmans (especially when Sammy acquires a devout Christian girlfriend), and some cherishable performances, above all by Williams, who is well worth this week’s Oscar nomination as the woman-child Mitzi.

Incidentally, her namesake, composer John Williams, already nominated for more Oscars than anyone in history, will make even more history if he wins for The Fabelmans’ lovely score. He will be, at 91, the oldest person ever to receive the coveted statuette.

The nearly-as-venerable Judd Hirsch, another nominee at the age of 87, gets a scene-stealing cameo as great-uncle Boris, thundering into the family home and out again having beguiled Sammy with stories of working in the movie industry back in the 1920s.

Unlike Burt, Uncle Boris recognises the value of Sammy’s commitment to film-making. ‘You love family, but this I think you love a little more,’ he says.

He’s right, and 60 years on, once we accept that The Fabelmans is seven-eighths autobiographical, we are all beneficiaries.

This is your captain speaking: fasten your haggis!

The inane action thriller Plane (15, 107 mins, ★★✩✩✩) is almost silly enough to be called Airplane! It stars Gerard Butler as commercial airline pilot Brodie Torrance, who says ‘haggis, neeps and tatties’ within the first few moments of the movie, just to confirm that he is, indeed, Scottish.

Brodie is everything an easily-pleased audience might want of an action hero: the only real question is whether he will deal with a devastating lightning strike on his aircraft, miraculously bringing it down safely on a jungle road on an island in the southern Philippines run by murderous separatists, before his muscles finally bulge out of his uniform. 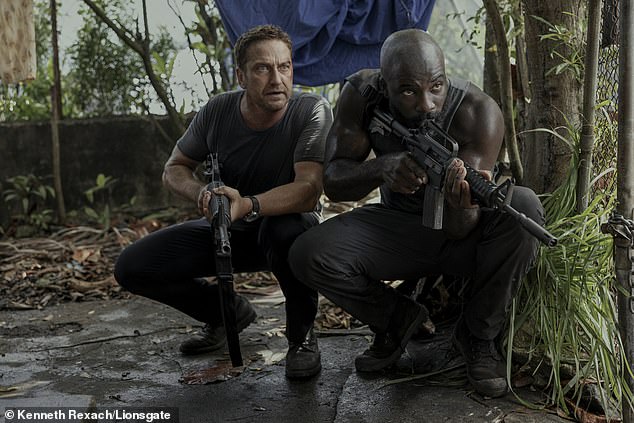 Anyway, having saved all his passengers once, he must then do so again with the help of a similarly muscle-bound convict (Mike Colter) who was on the plane in handcuffs, on an extradition charge. Luckily, as well as being the world’s greatest pilot, Brodie is fantastic at life-or-death close combat as well as being a gifted amateur telecoms engineer. Almost incidentally, he’s also the world’s greatest dad and, for added poignancy, a grieving widower.

I’ll let you guess whether he succeeds in his perilous mission, in a story that has all the authenticity of a conman’s smile, yet unfolds with a kind of crazed energy that might appeal to those looking for hollow popcorn entertainment.

Shotgun Wedding (15, 100 mins. ★★✩✩✩), which also features gun-toting Filipino guerrillas, is at least intentionally silly. Available on Amazon Prime Video, it is yet another romcom starring Jennifer Lopez as a middle-aged bride, but not even as good as the last one, last year’s Marry Me.

This time, J-Lo plays Darcy, whose dream island wedding to Tom (Josh Duhamel) is hijacked by the above-mentioned guerrillas, who make hostages of all the guests. It’s terribly flimsy stuff, but it does feature Jennifer Coolidge as a character strikingly similar to the one she played in TV hit The White Lotus. As the bride’s flouncy new mother-in-law, she gets all the best lines.

If it was up to me, the gongs would go to…

The organisers of the Academy Awards don’t need a Will Smith slap to besmirch their glitzy ceremony; they’re quite capable of doing it themselves.

The decision to expand the number of Best Picture nominees to ten is a nonsense, which this year bestows on Top Gun: Maverick an honour that eluded all-time greats such as The Searchers (1956), Some Like It Hot (1959) and Psycho (1960). It’s a perfectly good action flick, and did fantastic business, but it’s hardly Best Picture fodder.

Nor should the deeply weird Everything Everywhere All At Once be up for the main gong, let alone lead the overall race with 11 nominations.

Happily, the academy have got it right in other departments. I’m especially delighted to see Bill Nighy nominated as Best Actor. All those fluttery, louche characters he plays do him no favours, but he gives an immaculate, career-best performance in the quietly heart-rending Living.

He’d be my choice but I wouldn’t be sorry to see the statuette go to Colin Farrell, brilliant in The Banshees Of Inisherin, my film of 2022.

In the Best Actress list, I’d like to have seen Taylor Russell nominated for the startlingly original Bones And All, Luca Guadagnino’s bold romantic-horror film, which should also be up for Best Picture. But Cate Blanchett will surely win for TAR, as she should. 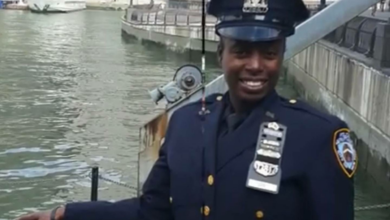 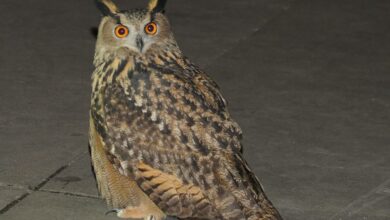 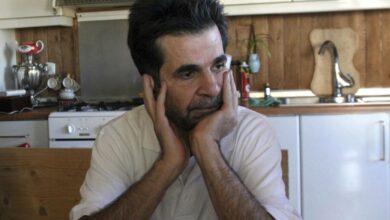