Rebuilding the Dodgers: A 111-Win Team’s Guide to a Successful Offseason

If it feels like forever ago that the Los Angeles Dodgers were putting the finishing touches on a historic 111-win season, well, there are good reasons for that.

For one, all those wins were rendered moot when they lost in the first round of the playoffs. And for another, their roster has since been stripped of a ton of pieces.

The challenge before Dodgers president of baseball operations Andrew Friedman and his front office is rebuilding said roster in a responsible way, yet also one that would keep the team on its usual track of success. No small task, given that the Dodgers lead MLB in regular-season wins and the National League in playoff wins over the last decade.

So, let’s dive into what the Boys in Blue need, what resources they have and how they might use the latter to fill the former.

What Do the Dodgers Need?

Starting with the good news, the Dodgers after early free-agency reports had them agreeing to bring back ace left-hander Clayton Kershaw and signing right-handed reliever Shelby Miller. FanGraphs projects them for the fourth-most wins above replacement of any team for 2023.

As for the bad, the Dodgers have already lost Tyler Anderson and are otherwise without 15 other free agents:

This doesn’t necessarily mean that Friedman and company have 15 holes to fill, but the big ones that simply can’t go unfilled are about as unsubtle as the final shot of The Departed.

Sans the two Turners, the Dodgers are missing 34 home runs and 30 stolen bases from this year’s league-best offense. Bellinger provided less to those efforts, but the Dodgers sacrificed his plus defense when they non-tendered him.

On the mound, the Dodgers still need at least one starter. Maybe two, if they’d rather not place too much trust in fragile hurlers Tony Gonsolin and Dustin May. And after what they went through with Kimbrel in 2022, they’d do well to target a closer.

What Are the Dodgers’ Resources?

The bright side in having so many free agents is that the Dodgers’ payroll is suddenly a lot lighter. FanGraphs puts it at $153 million for 2023, $109 million short of what the team spent in 2022.

However, that doesn’t account for Kershaw’s $20-ish million salary, which the New York Post‘s Jon Heyman reported. And at $168.8 million, the Dodgers’ projected luxury-tax payroll for next year—which is based on the average annual value of players’ contracts—is already on the heavy side.

The Dodgers typically don’t let the luxury tax scare them, but it hit them pretty hard this year. They paid a $29.4 million penalty on their overages and had their top pick in next year’s draft moved down 10 spots.

As such, it was no surprise to hear Justin Turner talking about the Dodgers prioritizing “all this crap about luxury tax and payroll” in negotiations:

“I’m in good standing with the Dodgers. Again, it’s a business. They have some decisions to make on what they want to do.” @redturn2 joins @PetrosAndMoney here on @AM570LASports!

If we assume Kershaw will make an even $20 million, the Dodgers’ are just $44.2 million in average annual value south of the $233 million threshold for 2023. That’s not a lot of money to play with in free agency.

Fortunately, they have tons of potential trade chips in a farm system that MLB.com ranked as the league’s second-best back in August. And if they want to aim for a middle ground vis-à-vis the luxury tax, they might look to avoid the increasingly harsh penalties that come from going over the $233 million threshold by more than $20, $40 or $60 million.

As much as we’d like to spend the Dodgers’ money on Aaron Judge or one of the open market’s four elite shortstops—Trea Turner, Carlos Correa, Xander Bogaerts or Dansby Swanson—it sounds like neither the former nor any of the latter is a realistic possibility.

Justin Verlander, on the other hand, has already had a meeting with the Dodgers:

Word is Dodgers are meeting with Justin Verlander today. Would fit their preference for big talents on short-term deals (with of course very high AAV). Both NY teams interested and of course incumbent Astros.

It’s hard to imagine the 39-year-old Verlander, who’s fresh of claiming his third Cy Young Award, actually leaving the Houston Astros. But as outlined by MLB.com’s Jon Morosi, the Astros opened that door by spending $58.5 million on José Abreu.

Were he to join the Dodgers, Verlander would slot in as the team’s No. 1 starter. They’d have to be careful with his aging arm, but they haven’t exactly been known for overworking starting pitchers in recent years.

The general word is that Verlander is looking for a three-year deal. If he also seeks an AAV in the $40 million range, then MLB Trade Rumors’ projected $120 million guarantee rings true.

It sounds steep, but it’s more reasonable than the $135 million that MLBTR projects for Jacob deGrom in a three-year deal. Still another advantage with Verlander is that he isn’t tied to draft-pick compensation.

On paper, the addition of Verlander would make the Dodgers’ rotation a five-strong affair in which he would be followed by Kershaw, Julio Urías, Gonsolin and May.

In actuality, the strength of that fivesome wanes a bit at the back end. Gonsolin has missed time with shoulder and forearm injuries over the last two seasons, while May was back on the injured list shortly after returning from Tommy John surgery in August.

To this end, a reunion with Ross Stripling would give the Dodgers a sort of bulwark. He benefited from embracing his changeup in 2022, ultimately pitching to an impressive 3.01 ERA over 134.1 innings.

Going back to the MLBTR well, Stripling figures to be in the market for a two-year, $18 million deal.

That would be a decent bargain for a guy who throws tons of strikes and offers some versatility. For his career, he’s made 104 starts and 100 relief appearances.

The Dodgers gave up on oodles of upside when they let Bellinger go. He is, after all, a guy who formerly slugged his way to the NL Rookie of the Year in 2017 and the NL MVP in 2019.

Yet in context of the .611 OPS he put up across the last two seasons, there’s no sense in dwelling on Bellinger’s past. Where there is sense is in fretting about not having his glove and arm in center field.

Provided he makes a full recovery from hip surgery, Kevin Kiermaier could actually be an upgrade on Bellinger defensively. The three-time Gold Glover has even been the better hitter over the last two years to the tune of a .692 OPS.

Though MLBTR doesn’t have a projection for Kiermaier, we’ll split the difference on FanGraphs’ two different projections—one from writer Ben Clemens and the other from the crowd—and pencil him in for two years, $18 million.

Or, precisely what the Dodgers would have had to pay Bellinger for one year if they tendered him a contract for 2023.

The Big Trade: 2B Brandon Lowe

Accounting for Bellinger’s defense with a deal for Kiermaier was a layup. Replacing the Turners’ offense without Judge or one of the top available shortstops? Or Willy Adames, who may be in line for an extension with the Milwaukee Brewers rather than a trade?

That’s more like a full-court shot. So, might as well swing big with a hypothetical trade for Brandon Lowe.

This is taking a cue from Rosenthal, who mused on Lowe as a long-shot possibility for the Seattle Mariners in their hunt for a second baseman. He’s also a long shot for the Dodgers, but perhaps less of one in context of all the young talent they have to entice the Rays.

Were the Dodgers to pry Lowe loose, they’d gain a 28-year-old who clubbed 39 home runs as recently as 2021. Further, it would solidify Gavin Lux as the Dodgers’ in-house solution to its shortstop problem.

Lowe is on a deal that averages just $4 million per year through 2024, with club options for 2025 and 2026. So even if he is coming off an injury-marred season in which he played in 65 games, the Rays surely won’t give him away.

Since our plan would give the Dodgers an extra starter, Gonsolin or May could go to Tampa Bay. It would make sense for second base prospect Michael Busch, who vaguely resembles Lowe, to be another centerpiece in a package that would surely include more players.

Judging by its NL-low 2.87 ERA, the Dodgers’ bullpen wasn’t even remotely a problem this past season.

Yet the devil, as they say, is in the details. The Dodgers put up a 4.02 ERA in the ninth inning this year. That was no thanks to Kimbrel, who was frankly lucky to last until late September as the team’s primary closer.

Alexis Díaz, meanwhile, did his brother, Edwin, proud by pitching to a 1.84 ERA with 83 strikeouts in 63.2 innings. As the New York Mets have already surmised, according to SNY’s Andy Martino, a bullpen arm that good ought to be expendable for a Cincinnati Reds team that’s firmly in rebuilding mode.

Even if the Reds can be persuaded that Díaz is indeed expendable, they’d be in position to sell high on him. He’s not just talented, after all. He’s also only 26 and not even eligible for arbitration until 2025. He’ll make the league minimum of $720,000 in 2023.

Given how badly the Reds need impact position players, the Dodgers might entice them with a package based around Andy Pages. He’s blocked by Mookie Betts in Los Angeles, yet there’s no question he has the power and arm strength to be an All-Star right fielder.

Where This Plan Leaves the Dodgers

All told, we’ve added $62.7 million in average annual value to the Dodgers’ payroll. Assuming a $20 million salary for Kershaw, that puts their luxury-tax payroll for 2023 at $251.5 million.

This indicates room for another impact player, perhaps for the hole left by Justin Turner at third base. Per Juan Toribio of MLB.com, however, that’s where the Dodgers rightfully aim to use top prospect Miguel Vargas, who had a .915 OPS at Triple-A in 2022.

Instead, the Dodgers would do well to save the extra space for midseason additions. That might sound boring, but the potential options there include not just Adames, but other high-impact rentals like Rafael Devers and the only two-way superstar in town: Shohei Ohtani.

In other words, we’ve operated under the logic that it’s best not to blow it all at once. 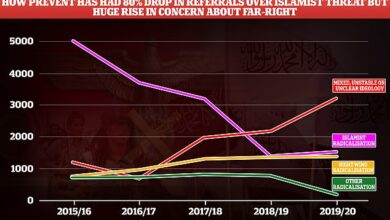 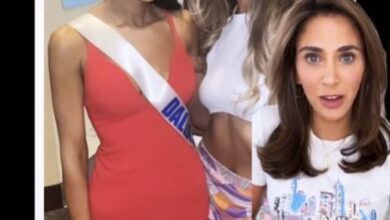 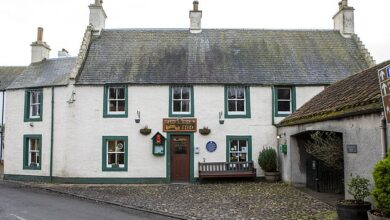 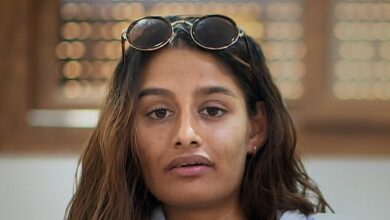