A “possessive” true crime fan who used to hang pictures of serial killers on her wall murdered her boyfriend in his sleep after discovering he had been messaging a teenage girl, a court heard today.

Shaye Groves was “obsessed” with lover Frankie Fitzgerald for his “bedroom performance,” which involved the couple’s sex life involving bondage, domination, submission and masochism, the jurors were told.

Groves – whose home contains portraits of killers – is said to have launched a “passionate” attack on her lover while he was in bed, stabbing him 22 times and causing “catastrophic” blood loss.

She then proceeded to create a “false alibi” for herself, inspired by tips from true crime documentaries to avoid being caught, the court heard. 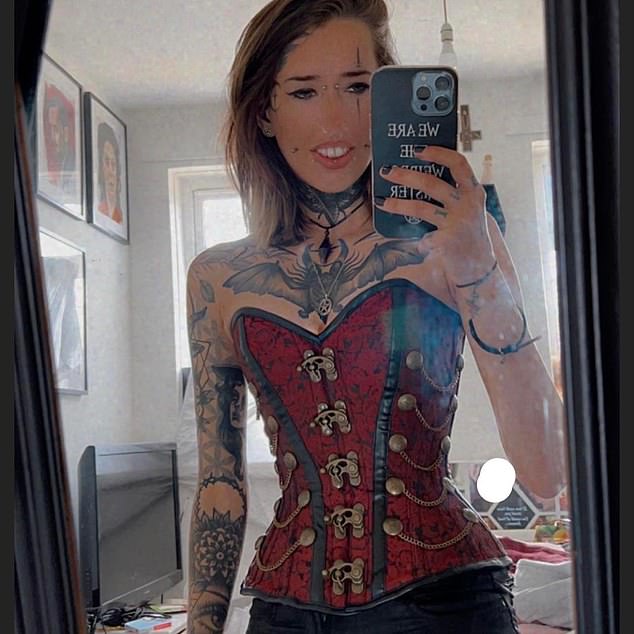 Shaye Groves, pictured, was ‘obsessed’ with lover Frankie Fitzgerald for his ‘appearance in the bedroom’

The 27-year-old mother of one tried to “cover for” her by texting her boyfriend after the attack saying Mr Fitzgerald had left her address and called the same friend “laughing” about the incident, the court found. told .

Groves denies killing him in a crime of passion at her home in Havant, Hants on July 17 last year.

In opening the case at Winchester Crown Court, Hampshire, Steven Perian, prosecuting, said Groves and Mr Fitzgerald had rekindled an old relationship after meeting at a pub in Cosham, Hampshire, in January last year. 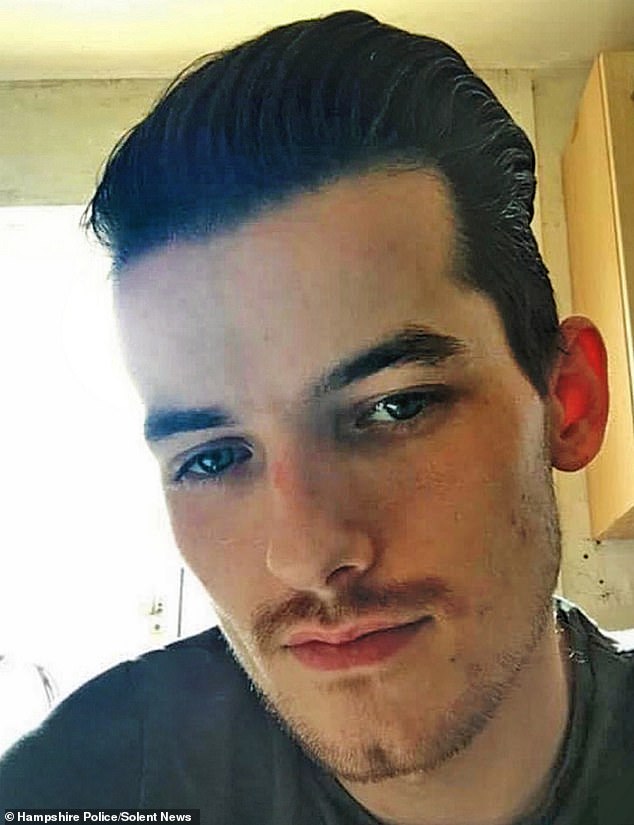 Frankie Fitzgerald, pictured, was reportedly stabbed 22 times by his lover and suffered ‘catastrophic’ loss of blood

She was probably obsessed with Frankie Fitzgerald because of his bedroom performance.

“In the prosecution, the defendant is a manipulative, possessive, and jealous woman.

“She stabbed Frankie Fitzgerald several times and left him to die without any help.”

He added: “When she stabbed him several times, she intended to kill him or at least inflict grievous bodily harm on him.

“The murder was most likely a crime of passion, driven by her jealousy.”

The court heard Groves video call her boyfriend, Vikki Baitup, after the alleged murder and “admitted to the murder.” 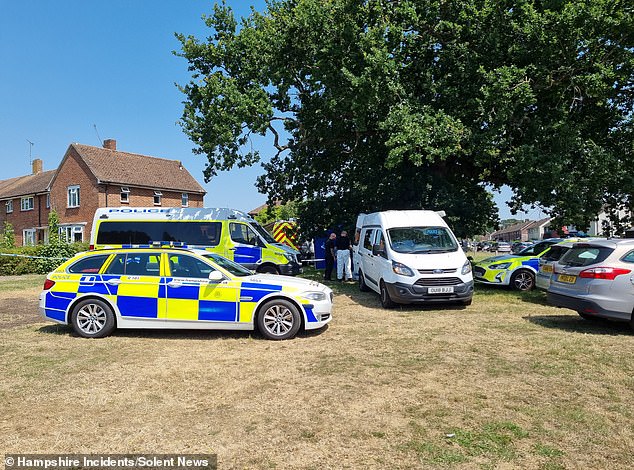 Mr Perian told jurors about the call and continued: ‘The defendant went into the bedroom three times and showed Frankie Fitzgerald’s body, covered with a duvet.

“She said they were in bed together and Frankie Fitzgerald was asleep.

“The defendant was going through his messages and saw that he was talking to a 13-year-old girl. Then, while Mr. Fitzgerald was asleep, she plunged a dagger into his throat to awaken him. He moved and they started fighting.’

Groves told Ms Baitup that she “just lost it” and “stabbed him in the neck.”

He continued, “While the defendant was on the video chat, she could be seen cleaning the bookcase with blood on it. She showed a book and showed bloodstains. 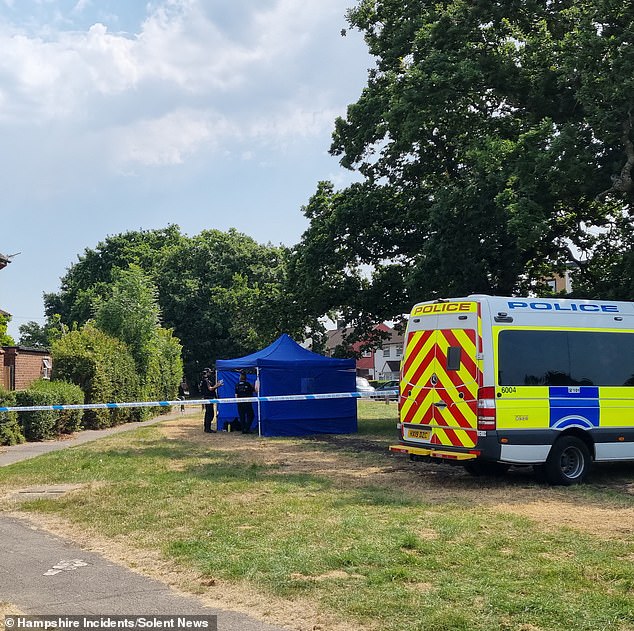 Ms Baitup reported the incident to police and said: ‘I’m looking at crime scenes but this is too real – there was a huge gash on his neck’

“Ms. Baitup recalls that at one point during the video chat she heard Lauren White – a lady who lives with the defendant – say ‘I’m going to crack’,” he added.

“The defendant told Mrs. White, ‘You can’t crack, you’re an accomplice, you put the garbage bags under his body’.”

The court heard Groves sent a message to Ms Baitup to create a ‘false alibi’ to ‘cover her up’, claiming that Mr Fitzgerald ‘walked away’ from her and that it was ‘over’ between the two of them.

The court heard Groves explain her logic during the phone conversation with Ms Baitup, saying that Mr Fitzgerald was ‘suicidal either way’ and that ‘it was all right, they just assume he left and killed himself’ .

“When asked what she was going to do with the body, the defendant replied ‘it’s fine, we’re going to bury it in the backyard,'” Mr Perian said.

When she reported the incident to police, Ms Baitup said: ‘I’m looking at crime scenes but this is too real – there was a huge gash on his neck’.

Jurors heard a pathologist’s report, who explained that Mr. Fitzgerald was stabbed 17 times in the front of the chest, twice in other chest areas and three times in the neck – resulting in his death after “multiple perforations of the heart and lungs” and ‘catastrophic blood’. loss’.

Footage of officers arriving at the scene was played to the court, who reported an “incredibly strong” smell of bleach in the bedroom.

You heard Groves say, “I’d call you myself. I do not know what happened.

She also claimed he tried to hurt her and said she had video footage of him raping and assaulting her.

“I still took someone’s life. The knife I used is in the sink – the cut on his neck is pretty brutal, when I put it in his neck he rolled over.”

Jurors were told that there was an earlier event where Mr. Fitzgerald Groves had mentioned his ex-girlfriend’s name, and Groves had wanted to “get my dagger right in the neck.”

The court heard Groves had also made plans to use an ex-boyfriend and her cousin to “beat him up” and was even willing to “ask one of them to kick me” so she would “get out too.” seen as a victim’.

“These provide insight into the mind of the defendant to plan an attack on Mr. Fitzgerald and create a situation where she appears to be a victim,” he said.

Explaining how she knew how to “manipulate” this situation, he continued, “The defendant had a lot of gangster books, like Charles Bronson.

“She has serial killers framed on her wall and watches murder documentaries.

“When you hear the evidence, you can conclude that she created a false story that: She was abused, created a false alibi that she sent to Vikki Baitup, and cleaned up a crime scene by watching the documentaries.”

Groves denies murder and claims she acted in self-defense. The trial, which is expected to take four weeks, continues. 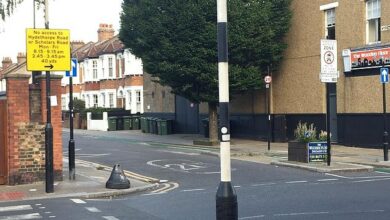 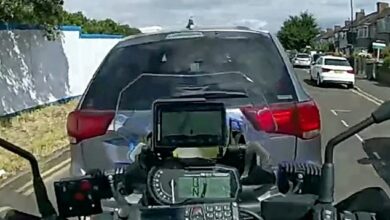 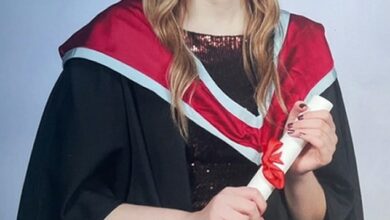 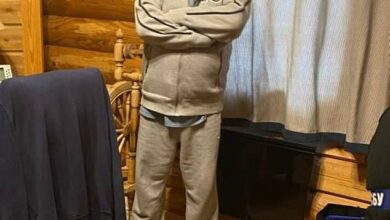