Confronting footage has emerged of police engaging in a violent altercation with an injured man on a busy street before storming into a resident’s front yard in front of passing motorists.

NSW Police on Tuesday defended the actions of motorcycle patrol officers and the use of batons during the dramatic broad daylight arrest in Chester Hill in southwest Sydney.

Police allege the bald and bearded man struck an officer’s helmet and determined the tactical options used were ‘necessary’ after watching the incident on bodycam view.

The 39-year-old man is in hospital under police guard after suffering a cut to his head and a suspected broken arm during the altercation after being stopped by police during a vehicle check.

He has since been charged with a range of crimes, including assaulting police.

The TikTok video begins with the man and a helmeted officer pushing and striking each other on the sidewalk before the officer pulls out his baton and begins to strike. 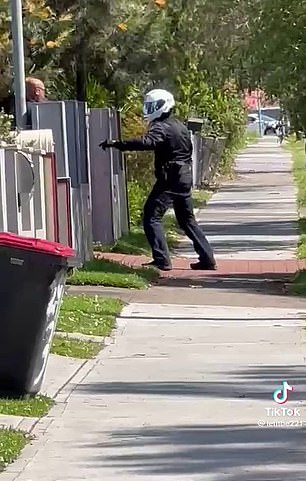 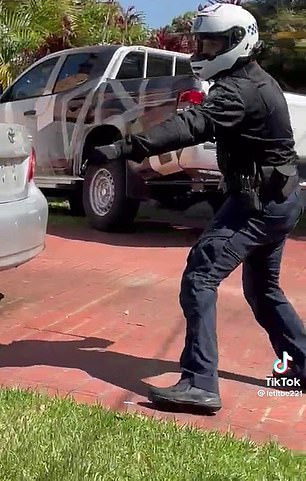 The officer is filmed repeatedly beating the man with a baton as he orders him to lie down on the floor.

The man tries to fight back, but is eventually knocked to the ground in a driveway by officers and falls backwards.

He is soon surrounded by three officers who pull him in.

An onlooker filming the alleged incident hears police tell her to stop.

The police officer struggles to handcuff the man on the ground as he tries to resist arrest.

“Bring your other hand,” an officer ordered as the man cried out in pain. 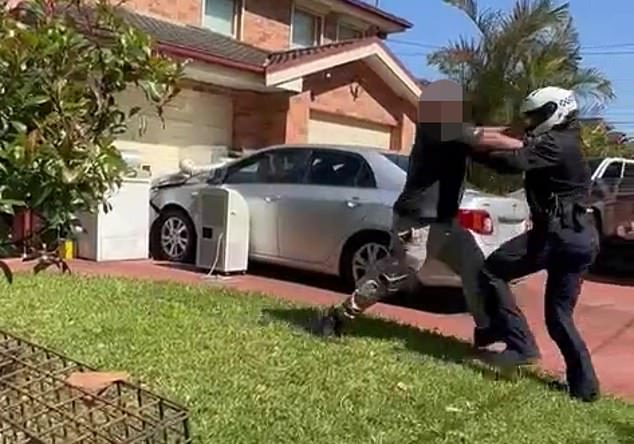 The viewer filming the altercation is furious at the use of force by the police.

“You hit him first, I followed everything. I hope you lose your fucking job!’

Officers eventually got the man to his feet before escorting him to a nearby police van.

The video ends with an officer telling the viewer to move on, sparking off a diatribe of expletives.

‘You bastard. Hitting a man with a baton on the head!’ 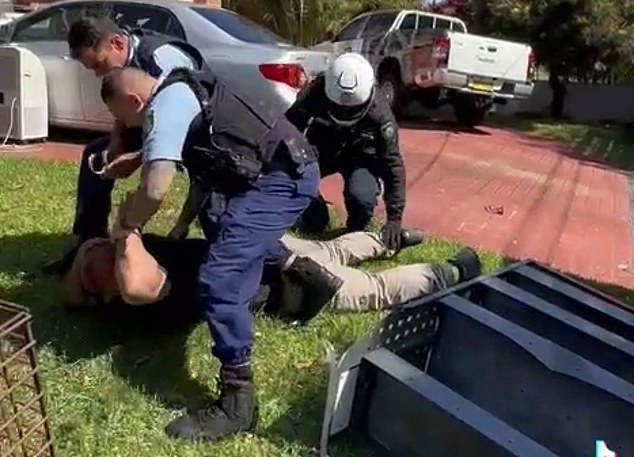 Police maintain that the tactical options used on the man during the dramatic arrest were “necessary”.

A second man who tried to intervene is threatened with arrest.

“If you don’t continue, I will arrest you for interfering with our investigation,” a police officer explains.

The video has since been removed from TikTok, but continues to go viral on other social media platforms.

NSW Police have since defended the officers’ actions and provided their version of events leading up to the alleged altercation.

“Traffic and Highway Patrol Command conducted an initial assessment of the entire incident captured on the officer’s body worn vision and determined that the officer’s tactical options were necessary for the arrest,” a police statement said. 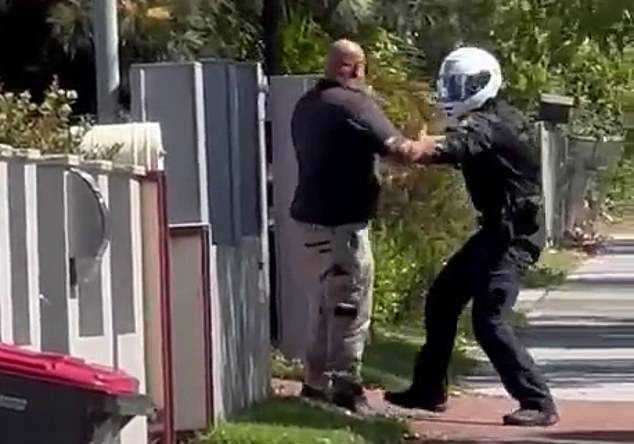 Officers stopped the vehicle and spoke to the driver before further investigation revealed that the driver’s license had been revoked.

The driver underwent a roadside drug test that reportedly gave a positive result for cocaine.

The driver was arrested, but he allegedly resisted and hit the officer’s helmet.

The man was later charged with assaulting police, resisting arrest, driving with his license suspended, crossing a continuous lane and violating bail.

Pending the results of blood tests, he could face further charges.

The case is in court. 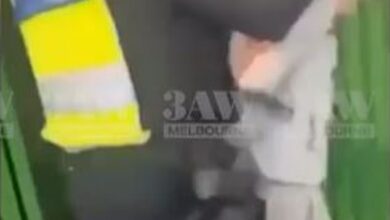 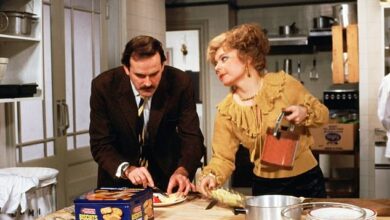 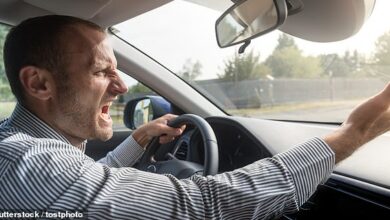 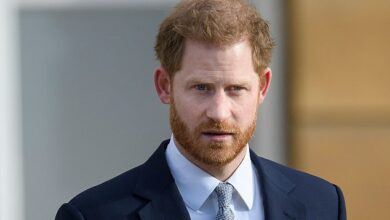 EPHRAIM HARDCASTLE: Will Prince Harry have to take the stand?

3 hours ago
Featured Posts
College student, 22, thanks God for being chosen to join Boston reparations task force
10 mins ago