The cast and crew of Seth MacFarlane’s acclaimed adult animated sitcom Family Guy celebrate the show’s 400th episode with a bash on the Fox Studio Lot in Los Angeles on Saturday, November 13.

Mila Kunis, who came on board to voice the role of Meg Griffin for season two, was among the stars who attended to throw a party with her co-workers.

The show, which MacFarlane conceived in 1995 while studying animation at the Rhode Island School of Design (RISD), is now in its 21st season as of September 25. 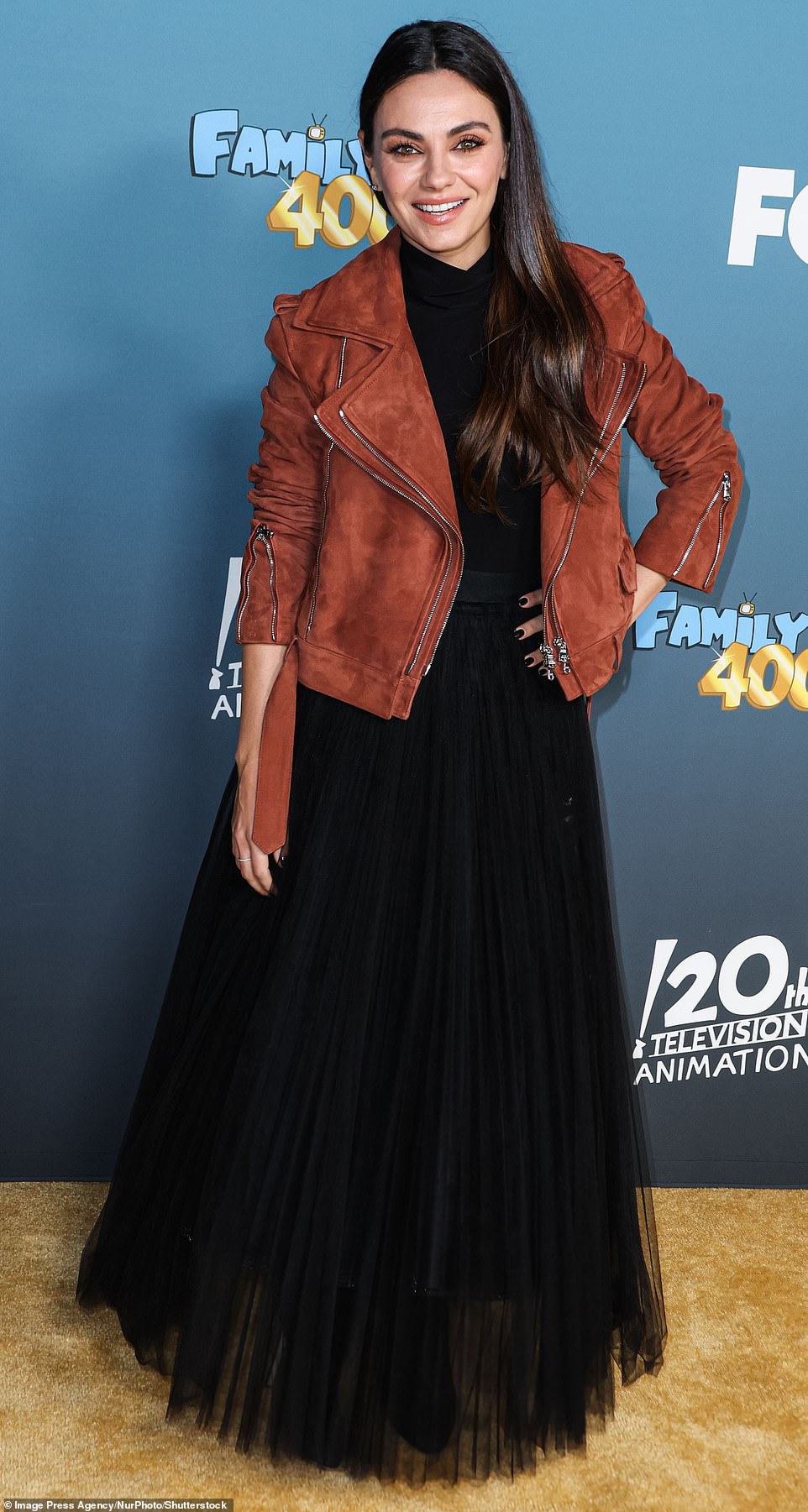 Milestone: Mila Kunis, 39, joined the cast and crew of Family Guy to celebrate the 400th episode of the acclaimed adult animated series at the Fox Studio Lot in Los Angeles on Sunday

Kunis, 39, stepped out for a round of red carpet photos and looked stylish in a black dress partially covered by her rustic brown foam jacket.

The actress also wore black shoes and had her dark locks long, styled straight and flowing down her chest and back with a center parting.

Feeling the excitement of the milestone event, she got playful and posed next to an image of her Meg Griffin character adorned in the background of the photo area.

Initially, in 1999, actress Lacey Chabert voiced the role of Meg in the first season, but she left the series due to time conflicts with her schoolwork at the time and her role on Party Of Five at the time.

After auditioning for the part, Kunis was eventually called back to meet with MacFarlane, who then instructed her to speak more slowly.

She would come back one more time to show off her new and improved pronunciation, and once she claimed she’d gotten it right where they needed to be, MacFarlane hired her to play Meg. 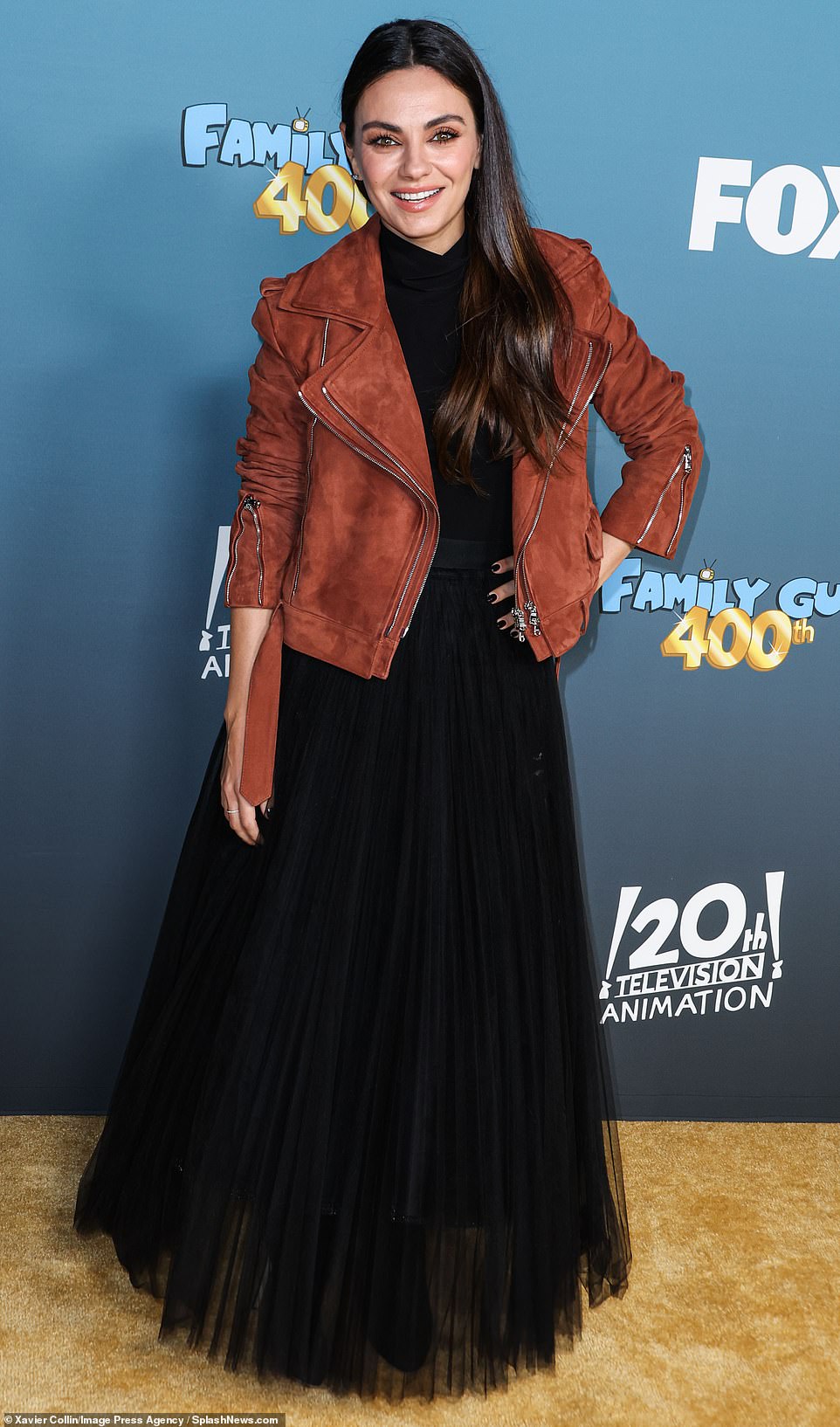 Fashion Sense: Kunis, 39, stepped out for a round of red carpet photos looking classy in a black dress partially covered in her rustic brown foam jacket 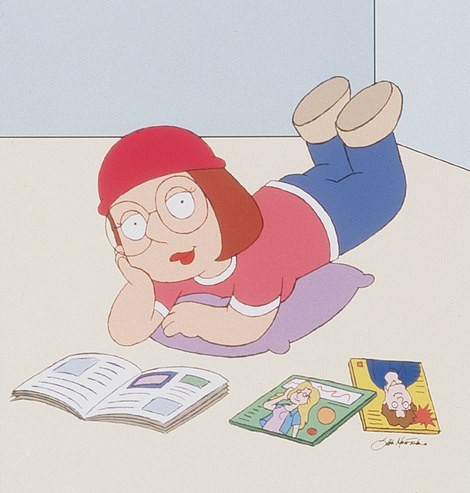 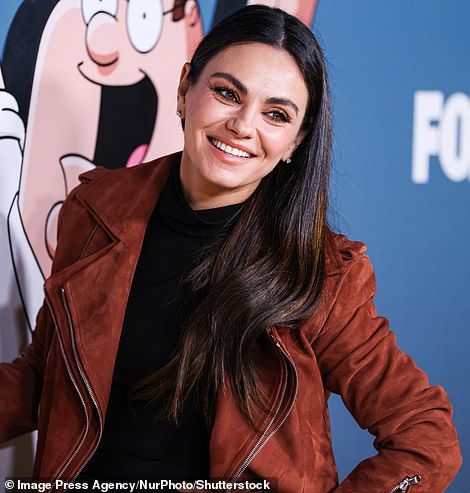 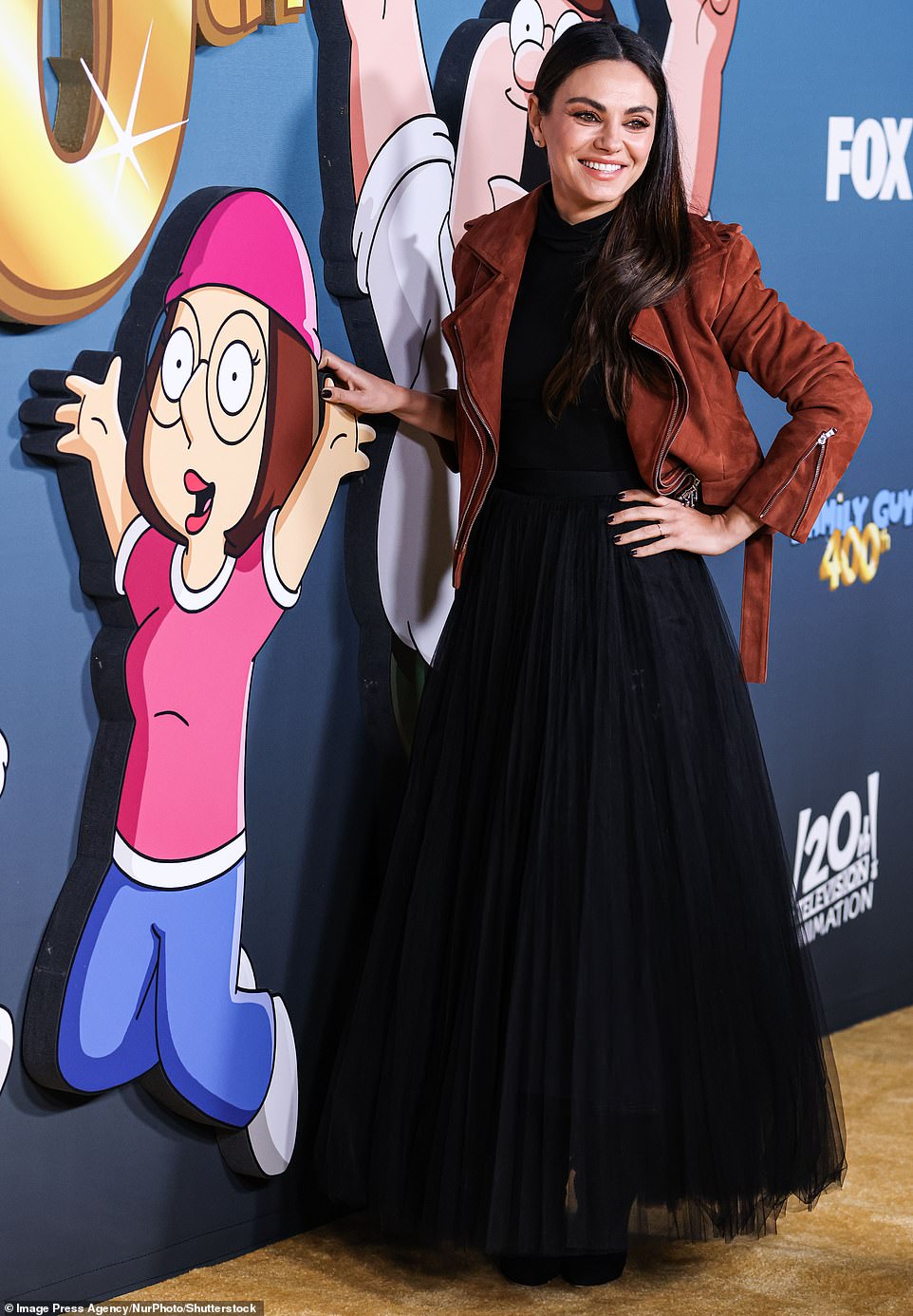 Playful: At one point during the photo shoot, the Ukrainian native reached for the image of her character

MacFarlane, 49, showed his fashion sense at the celebration of the 400th episode, decked out in a navy blue suit with a black shirt and shoes.

The Connecticut native was only 22 when he conceived the concept for Family Guy while attending RISD. During his time at university, he made his thesis film entitled The life Of Larry, which was submitted to Hanna-Barbera by his professor at RISD, which led to MacFarlane being hired by the company.

The series revolves around the Griffins, a family consisting of parents Peter and Lois; their children Meg, Chris and Stewie and their anthropomorphic dog, Brian.

Set in the fictional town of Quahog, Rhode Island, the show showcases much of its humor in the form of metafictional open-ended jokes that often mock American culture.

As a creator, the actor, screenwriter and singer decided to voice the roles of lead characters Peter Griffin, Brian Griffin and Stewie Griffin.

For Peter’s voice, he was inspired by a guard he heard talking while attending the RISD; Stewie’s voice was based on English actor Rex Harrison; while MacFarlane chose to use his . to use normal speaking voice while playing Brian. 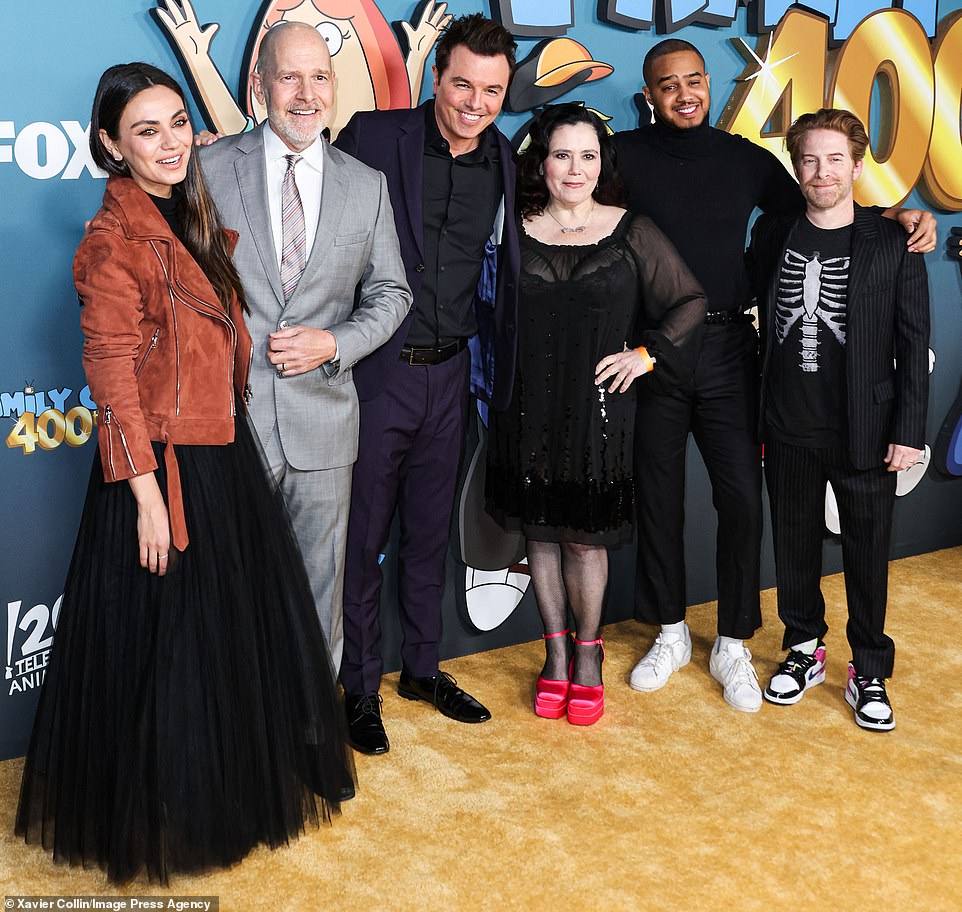 The Origins: MacFarlane conceived Family Guy in 1995 while studying animation at the Rhode Island School of Design (RISD) 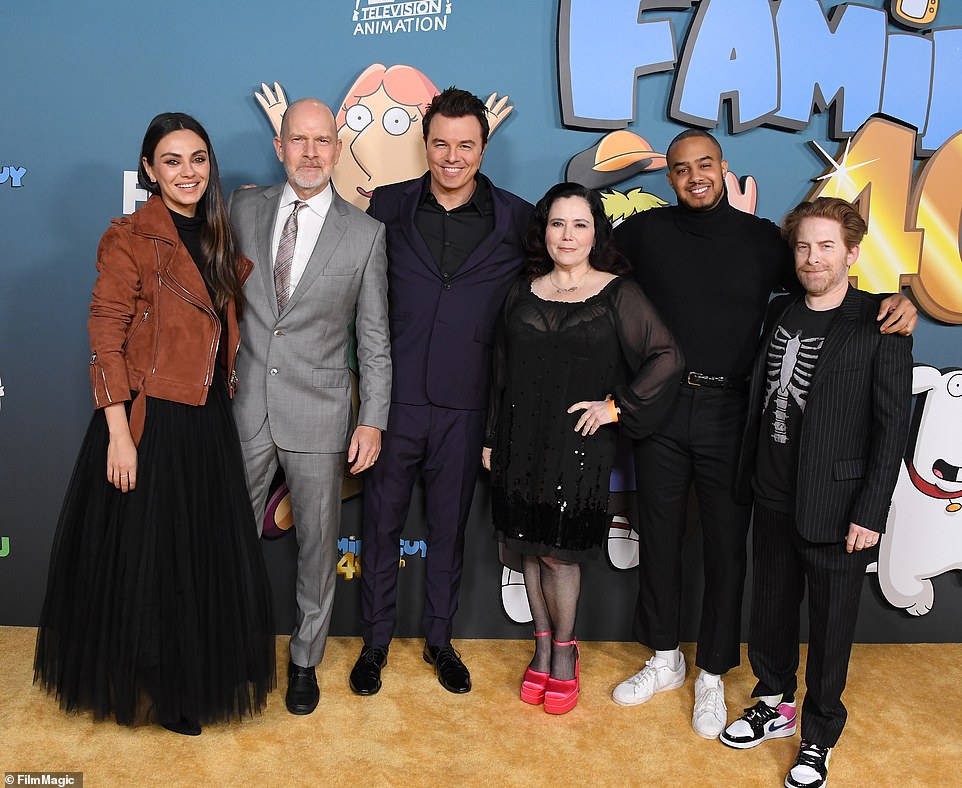 The premise: The series revolves around the Griffins, a family consisting of parents Peter and Lois; their children Meg, Chris and Stewie and their anthropomorphic dog, Brian

The 57-year-old actor and comedian met MacFarlane at the Rhode Island School of Design and kept in touch after they graduated. By keeping in touch, he eventually got a call up for an audition and got the job.

Arif Zahir, 28, eventually took over as the voice of Cleveland Brown, who was announced in September 2020 and is now in its second season.

The actor and musician came to the party in all black, with the exception of his white sneakers.

Seth Green, who primarily portrays Chris Griffin and Neil Goldman on the show, showcased his unique fashion sense in an all black pinstripe suit with a skeleton tee and colorful high top sneakers.

The former Austin Powers star, 48, has been a mainstay of the series since its inception 23 years ago. 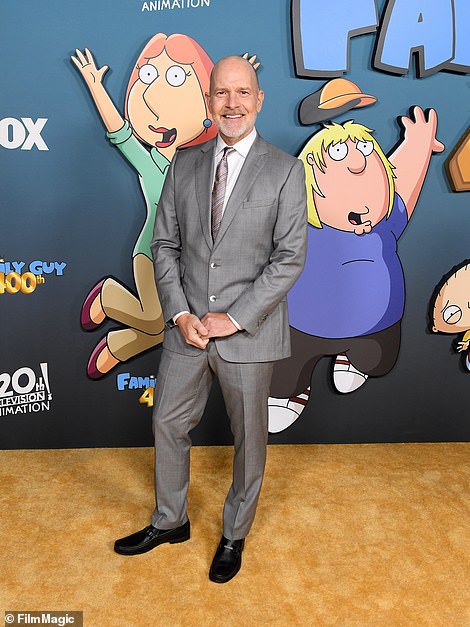 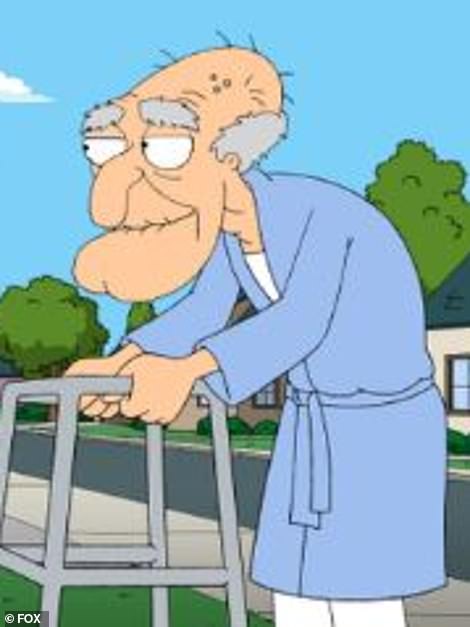 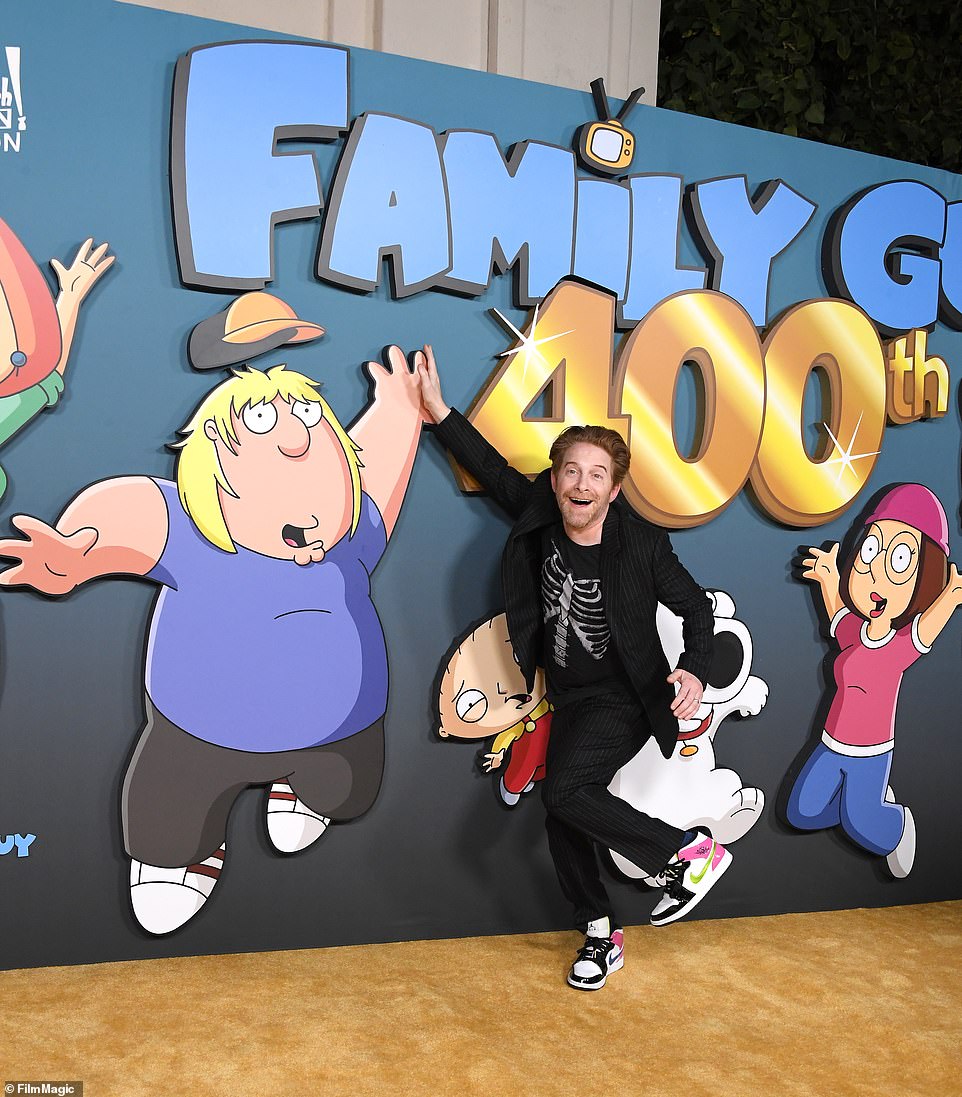 His Husband: Seth Green, 48, reached out to touch the hand of his character on the show, Chris Griffin; the Austin Powers star also plays the role of Neil Goldman

The Marvelous Mrs. Maisel star Alex Borstein was also the hand for the milestone celebration looking glamorous in a black dress, matching stockings, red shoes and sometimes a furry pink retro jacket over her shoulders.

Family Guy premiered on Fox on January 30, 1999, and the 21st season premiered in late September, which is expected to run until May next year. 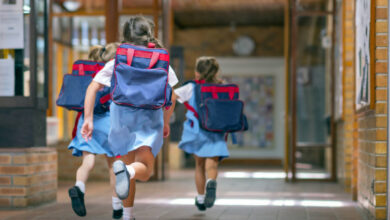 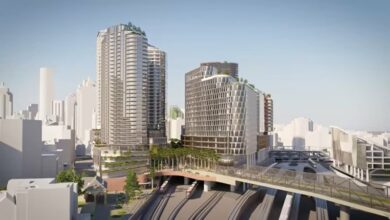 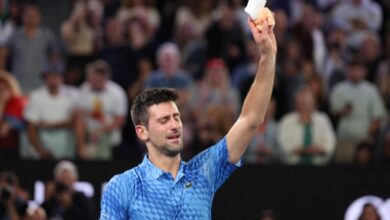 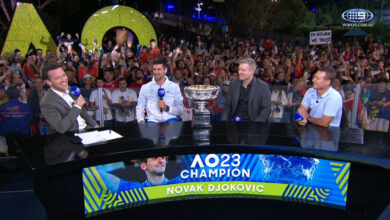