The number of middle-aged tenants in the UK has increased by 70 per cent over the past 10 years, according to new figures.

There are now 1.18 million private renters aged 45 to 54 in the UK, making it the age group that has seen the largest growth in renters over the past decade, according to government data reviewed by Paragon Bank.

Savings challenge: Only one in five renters aged 45-54 say they are saving for a down payment to buy a house, despite half saying they would like to own a home

In fact, while half (47 percent) of 45-54-year-olds want to buy a home, only a fifth (19 percent) say they’re saving for a down payment, according to a survey of renters by Paragon.

A quarter (25 percent) of those who save actively have their finances in order and are looking to buy a home, while 4 percent are in the process of purchasing. However, the vast majority – 71 percent – said they were still in the savings phase.

These salaries, coupled with rising rents, limit the ability of tenants in this category to save for a down payment and obtain and pay a mortgage.

But rising rents are a problem across all age groups. Half of all renters say they fear they won’t be able to pay their rent next year, as 58 percent have seen rents rise this year due to the cost of living crisis.

Research by specialist lender Market Financial Solutions found that 49 percent of tenants feared they would not be able to pay their rent in 2023.

Richard Rowntree, general manager of mortgages at Paragon Bank, said: ‘The policy is too focused on getting younger renters up the housing ladder. While this is important, the government should also consider the need to provide housing for older tenants living in the private rented sector.

‘Only one fifth of 45-64 year olds are actively saving to buy a house, suggesting that they will stay in rented accommodation for the long term.

‘This has implications for the type of housing this group will live in as they get older; for example, an increase in one- and two-bedroom homes may be needed, and landlords will need to be open to home modifications. Ensuring that there is a supply of real estate in the PRS to meet their needs is vital.” 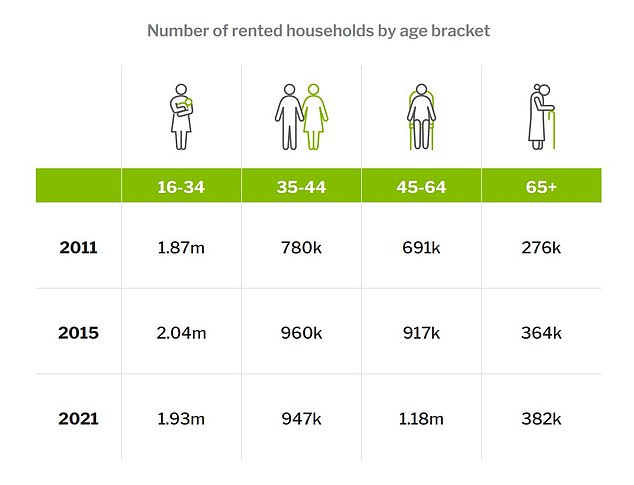 The average rent in Britain has recently risen to more than £1,200 a month for the first time in history.

Typical values ​​hit £1,204 a month, according to Hamptons brokers’ figures for October. It’s up £80 per month or 7.1 per cent higher than a year ago.

With rapid growth, the typical rental household now spends 44 percent of its after-tax income on rent, the highest share since the Hamptons’ registration began in 2010.

In addition, the average age at which buyers expect to enter the housing ladder has risen.

The average prospective buyer now predicts they will be 37 years old by the time they finally step up the property ladder, compared to 32 years old two years ago.

First Direct’s survey was based on responses from 1,500 homebuyers and 500 potential buyers, and also revealed that nearly eight in 10 — 77 percent — of potential homebuyers were concerned about their ability to move up the real estate ladder.

Terms are unlikely to get much easier for those trying to buy, as a spike in interest rates in the autumn following the disastrous mini-budget has added hundreds of pounds to average monthly mortgage payments.

Rates then skyrocketed to an average of more than 6 percent in October this year and, while slowly falling now, are expected to stabilize between 4 and 5 percent next year.

As of Dec. 5, the average interest rate on a two-year fixed-rate contract had fallen below 6 percent to 5.99 percent for the first time in two months, according to data from Money Facts.

What to do if you need a mortgage

Borrowers needing to find a mortgage because their current fixed interest deduction is coming to an end, or because they’ve agreed on a home purchase, have been urged to act but not panic.

Banks and building societies are still lending and mortgages are still being offered and applications are being accepted.

Rates change quickly, however, and there’s no guarantee that deals will last and not be replaced by higher-rate mortgages.

What if I have to borrow again?

Borrowers should compare rates and speak with a mortgage broker and be prepared to trade to secure a rate.

Anyone with a fixed-rate deal expiring in the next six to nine months should research how much it would cost them to re-mortgage now — and consider getting a new deal.

Most mortgage agreements allow fees to be added to the loan and are not charged until it is closed. By doing this, borrowers can secure a rate without paying expensive arrangement fees.

Those with an agreed home purchase should also aim to secure rates as soon as possible so they know exactly what their monthly payments will be.

Homebuyers should be careful not to overextend themselves and be prepared for the possibility that house prices could fall from their current highs, due to higher mortgage rates limiting people’s borrowing capacity.

The best way to compare mortgage rates and find the right deal for you is to talk to a good real estate agent.

You can use our best mortgage interest calculator to display deals that match your home value, mortgage size, term and fixed interest needs.

However, bear in mind that rates can change quickly, so if you need a mortgage it’s advice to compare rates and then speak to an estate agent as soon as possible so they can help you find the right one mortgage for you.

Save up to 33% on Beats Fit Pro, Powerbeats Pro, and Beats Studio Buds - and enjoy flawless sound 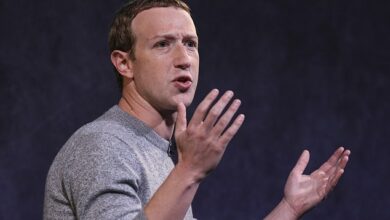 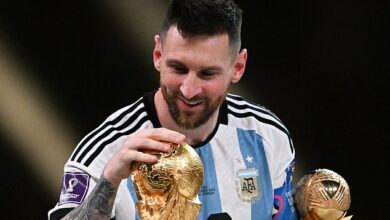 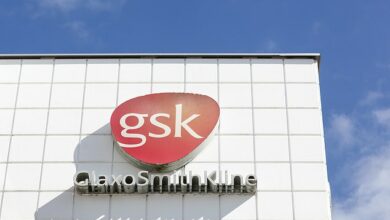 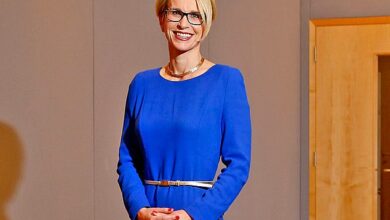