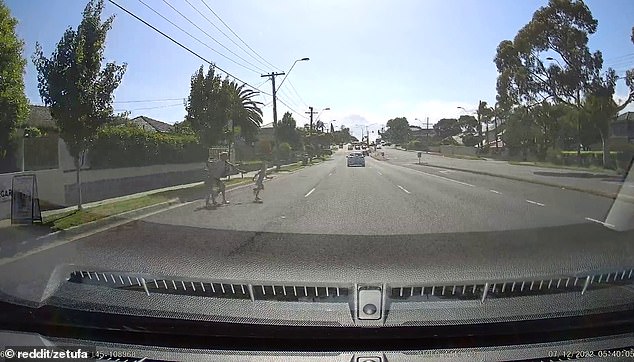 Only a driver’s lightning fast reflexes could have prevented a tragedy on a busy road when a child ran right in front of his car.

The Melbourne motorist posted dashcam footage of the shocking close call on Reddit under the caption “Insanely close call on my drive home from work.”

The video shows the car traveling at 42 mph on Ferntree Gully Road as it passed the southeastern suburb of Oakleigh East.

Suddenly, a child from the left shoots out of an adult’s grasp directly into the path of the oncoming car, but the alert driver manages to swerve to avoid a collision, shouting a loud expletive.

The driver, who referred to himself only as “OP,” earned praise for his awareness and evasiveness skills from other Reddit users.

I gasped audibly. I didn’t see him until the car was already lurching,” one person wrote.

“That kid was really lucky that OP was so vigilant.”

“I can barely see him, I’m surprised you didn’t hit him,” another wrote.

Many reflected on how lucky the escape was.

‘S**t like this terrifies me. I mean, I took a quick look over my shoulder to make sure no one is in my blind spot that much,” one wrote. 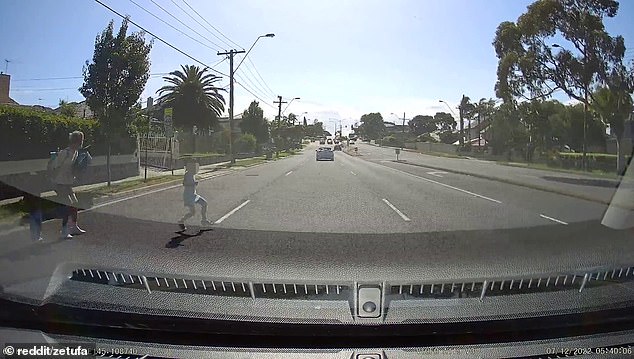 The driver, who was driving below the speed limit, managed to swerve at the last minute to avoid the child

“If that guy did that right now, that kid would be dead.”

In response to allegations that he was speeding, OP said: ‘This is a 70km/h area and I was going 68km/h’.

“There are some people who have accused me of speeding to blame me and I think I have every right to point out that they are wrong.”

“Thanks to everyone who asked if I’m okay!

“I’m fine and I’m so glad no one was hurt. I was well aware that there were no other cars in my immediate vicinity, so that was a huge stroke of luck.

‘I really hope the experience was educational for parent and children and that this video can serve as a reminder to be alert on the road!’

Jacky - January 26, 2023
Microsoft has actually revealed a power purchase arrangement (PPA) in South Korea that will see it amount to 2.5 gigawatts of solar energy...

Queensland government to crack down on ‘shonky’ private car parks –...