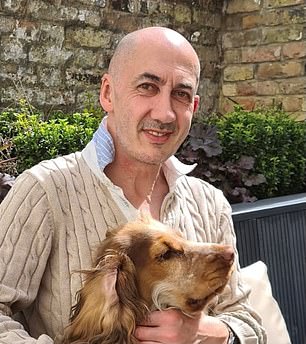 This month is Lung Cancer Awareness Month – when a number of leading charities such as Macmillan and Cancer Research UK campaign to raise public awareness of the symptoms and causes of lung cancer.

This type of cancer is particularly malignant and kills more than 35,000 people in the UK each year – with only 40 per cent of those diagnosed surviving for more than a year.

This time next week, Dave Marcus will be celebrating being among the 60 percent who survived longer. On December 4 last year, he had half a lung removed shortly after the cancer was diagnosed. Dave has been a lifelong non-smoker.

But, as Dave openly admits, he’s a lucky man because if he hadn’t bought a financial protection policy 15 years ago, he might not be here to tell his story today.

While financial protection policies come in many forms, they all tend to pay out if a policyholder comes down with a serious illness and then survives. Most claims are due to cancer, heart attacks or strokes.

While Dave’s policy with insurer AIG did just this, the tax-free payment he received was almost irrelevant. It was the fact that the plan, a critical illness policy, provided an added benefit that mattered. It enabled him to seek a second opinion that resulted in a lung cancer diagnosis.

Without it, he’s not sure when his cancer would have been discovered: his local surgery and the NHS 111 service were convinced he had a respiratory infection.

As Cancer Research UK points out as part of Lung Cancer Awareness Month, the earlier a cancer is caught, the more likely treatment is to be successful.

Additional benefits – almost all free – are now part of most financial protection policies. They embrace a range of services – everything from counseling to physiotherapy and in some cases free annual MOTs.

However, not all customers are aware of this, especially if they purchased a policy directly from an insurer rather than through a financial advisor.

Alan Lakey is director of the critical illness comparison website CIExpert. In many cases, he says, such benefits are not included in the brochures or key factual documents customers receive from insurers. As a result, he says, most customers are “not aware of it.”

Another expert, who declined to be named, said there was a “cynical reason” why such additional benefits are not highlighted – and that is cost. Although free for customers, the insurer must pay a fee to the provider of the service each time the benefit is used. So the temptation for insurers is to keep them very secret.

AIG has begun sending annual statements to its protection customers highlighting the free-to-use extras available under their plans – just like Zurich. But this transparent approach is the exception, not the norm.

Roy McLoughlin, deputy director of London-based wealth management firm Cavendish Ware, said: ‘It doesn’t seem appropriate for some financial services companies to provide clients with annual statements on the progress of their retirement or individual savings accounts. But not one about their protection policy. I find that crazy and unacceptable.’

Emma Thomson, head of security at financial advisor network Sesame Bankhall, agrees: “The industry should regularly remind customers of the important benefits that lie under the hood of their insurance – coverage for which they pay monthly. If they did, it would send a signal that they really care about their customers.”

Dave Marcus knew about the “second medical option” available under his AIG policy because he works as a client director for Teladoc Health, a company that specializes in providing the kind of telephone health services that insurance companies offer as perks. But it doesn’t detract from his story.

Dave, aged 55, now lives in Knutsford, Cheshire with partner Emelie. Early last year, while living in London, he had a bad cough and called NHS 111 for advice.

He was told to take a Covid test, which came back negative. He then developed a respiratory infection – and was prescribed antibiotics. Although he occasionally felt better, the cough never completely went away, often resulting in almost sleepless nights.

At no point did he think it was something as sinister as lung cancer. 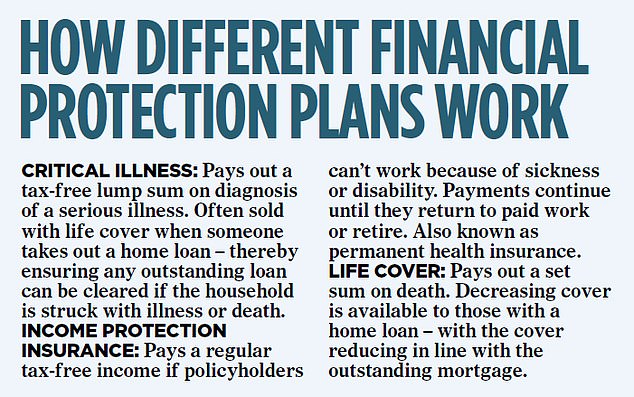 It was Emelie, who was recovering from major surgery herself, who suggested getting a second opinion through his AIG policy. He did so and was told to have a chest X-ray.

When he saw a respiratory consultant in London, his world was ‘turned upside down’.

He says, “I was told I had a 3-inch tumor in my left lung. If it wasn’t removed soon, the consultant said it would get too big to take out.” In December last year, with a 10 percent chance that Dave will not survive the operation, the tumor (now more than 8 cm long) was removed.

When I was ready to have surgery,” says Dave, “I asked the anesthesiologist if he remembered a young Swedish lady [his partner] who had major surgery seven months earlier at the same hospital. He did. It reassured me.’ Nearly a year later, Dave is feeling well, although he accepts that there is a 65 percent chance the cancer will return. He is back to work, albeit only half days. The £149,000p

Ayout from the AIG policy helped him buy the Knutsford house where he now lives with Emelie.

The money proved more than useful, and he urges people not to cancel their policies, even if their household finances come under extreme strain.

However, this is not the only point he wants to make. He says: ‘I don’t see the extra benefits these policies offer as value added services.

As happened to me, they can turn out to be life-saving benefits. So if you have a policy, check it out and see what it offers in addition to paying out a serious illness claim.” As for anyone suffering from a persistent cough or respiratory infection, he urges them to get it checked out.

Visit macmillan.org.uk or cancerresearchuk.org and for more information on the effect of asbestos, a leading cause of lung cancer, see ukata.org.uk.

Is the sun setting on London equities?

Diageo in high spirits regardless of United States downturn