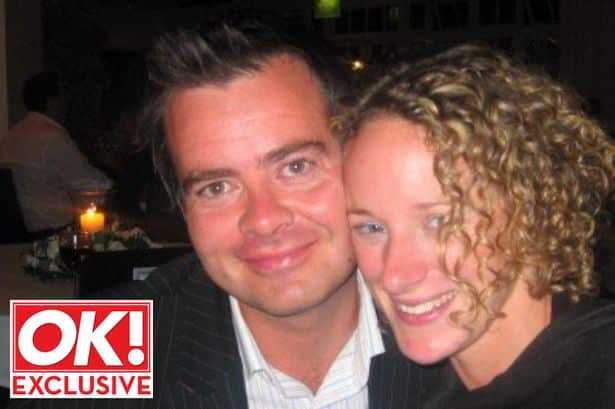 Kelsey Parker has reportedly embarked on a new romance with electrician, Sean Boggans, 39, whom she met earlier this year on a girls’ holiday to Lindos, Rhodes.

The news comes eight months after the 32 year old lost her husband Tom Parker from an inoperable brain tumour when he was just 33 years old.

Kelsey, who has children Aurelia, three, and Bodhi, two, has been seeking advice from Kate Ferdinand about moving on, which has included replacing her marital bed.

Debbie Denyer, 43, who lost her husband and the father of her daughter, Mark in 2011, knows there’s no ‘right time’ to move on. She entered a new relationship one year later with Lee and here she explains what it’s like to find love again, and how she felt judged…

“Walking out of the hospice on that July day in 2011, I was in a deep state of shock. Aged 32, I was now a widow and single mother to a five month old baby.

Just one week before, my husband Mark, my soulmate and devoted father to our daughter Chloe, had been admitted to hospital with pain in his side and some difficulty breathing.

By the time tests revealed he was suffering from incurable cancer of the bile duct and liver, he was too ill for any life prolonging treatment, and died hours later in a hospice with me by his side. He was only forty years old.

Debbie and Mark met in 2002, and married four years later

Mark was my best friend, a romantic man who wore his heart on his sleeve, and we brought the best out in one another.

He was a fit and active man – a month before his death he’d taken part in a 55 mile London-Brighton cycle, and he doted on Chloe, he’d been so happy to become a father.

He’d lost his own mum when he was young and for that reason he believed in living life to the full, seizing every moment and opportunity.

Mark loved being a dad to Chloe

Mark’s illness and death was so fast, at first I struggled to take in that he was gone. And when I did, came a storm of emotions. Sadness and grief, anger. I’d been left alone to raise our baby, all our plans stolen from us, and irrational guilt that I’d somehow failed Chloe by not realising her dad was sick. I felt very lost, and wondered if the dark cloud over me would ever lift. Would I ever feel joy and hope again?

In the final hours of his life, Mark had dictated to me a beautiful letter to give to Chloe when she was old enough. In it, he told her how much he loved her, how he would always be watching over her and told her to follow her heart and her dreams.

One line in it would come to have particular resonance for me.

‘Make sure you provide help and support for your Mummy, and that as your Mummy recovers from this, that she finds someone special to make a family again.’

Even though, at first, another relationship was the farthest thing from my mind, as I coped with grieving Mark and raising Chloe on my own, I always knew I had Mark’s blessing should I wish to try and find someone else.

And around a year after he died, when Chloe was 18 months old, after a lot of thought I decided I did want someone new in my life. I was young and didn’t want to be alone forever and despite the support from family and friends, I was lonely. I missed companionship, romance, someone to laugh with.

Despite knowing Mark would be ok with it, it wasn’t an easy decision. I still felt guilty I was betraying him in some way, and worried about what other people would think. As Kelsey has learned recently, there is so much judgment when it comes to when the bereaved should, if ever, find love again.

In September 2012, I met Lee, now 52, online. He had been married before and wasn’t deterred by the fact I was a widow.

It takes a special person to accept that the love for the deceased partner still exists, and they are still in your heart. And he was that person. From day one he accepted Mark was still present in my life in photos around the house, in memories and conversations with Chloe as she grew older. He was never threatened by that and it’s one of the many reasons I fell in love with him.

Friends and family were supportive too, they only wanted me to be happy again.

In 2014, our daughter Amelie, now eight, was born and today we are a very happy family of four. We love to travel – we’ve been to Japan and inter-railed in Europe together and Lee has supported me in setting up my executive coaching business Coach The Difference.

I’ve never had to worry what Mark would think because I know this is exactly what he wanted for me – to love and be loved again, and make a family unit for Chloe and I. I feel so grateful to have the letter he wrote, and to know how happy he would be for me.

When it comes to finding love after loss, there is no ‘right’ or ‘wrong’ timeline. It’s a very individual experience and unless you have walked in a widow or widower’s shoes, never judge if they fall in love again, and when that happens. Just be happy for them.”

James Jordan concerns fans as he reveals daughter, 2, is ‘really unwell’ after illness

Have autism rates actually tripled in the United States or are physicians simply improving at finding it?