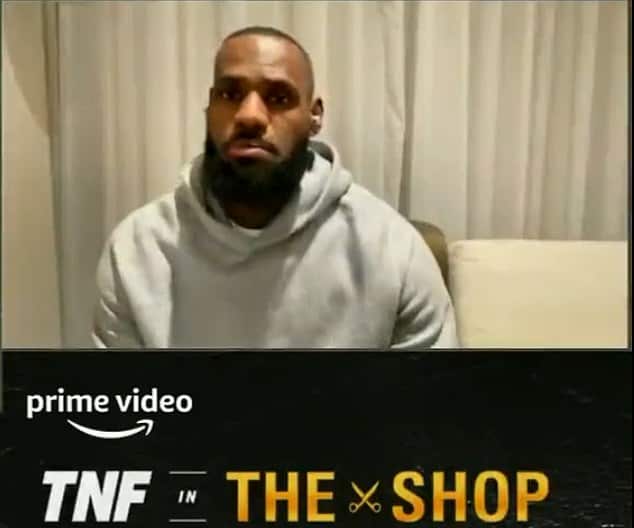 LeBron James said he wanted to “hold the media responsible” for burying the 1957 photo taken by Jerry Jones at an antiintegration clash in favour of Kyrie Irving’s antisemitism row.

Just over a week ago, after the Lakers’ 128-109 win over the Portland Trail Blazers, James accused media of a racist double standard after a recently surfaced photo showed Dallas Cowboys owner Jerry Jones as a 14-year-old during a civil rights clash at his Little Rock high school in 1957.

At the time, James inquired why he hadn’t been asked about Jones, despite fielding questions for much of November about an African-American former teammate, Kyrie Irving, accused of anti-Semitism.

James refused to answer questions from reporters or explain why they hadn’t raised the topic with him. But he finally added context. The Shop TNF crossover

James began to explain, “Just accountability man.” ‘You know what, the media is so quick and fervent to hold us athletes, especially black athletes, accountable.

“We cannot make mistakes. This is impossible. They want to bring up all the facts. I want to hold the media responsible.

“The fact that they didn’t ask anyone of our questions. I didn’t hear any question from any athlete, especially in the basketball arena, about the situation.

“I’m only holding them accountable – let’s them know that I see. I am certain that I am awake.

James brought out the photo of Jones that Jones had taken before, and he did so without any prompting from the media.

James stated to reporters last week, “I have one question for your guys before you guys go,” ‘I was thinking when I was on my way over here, I was wondering why I haven’t gotten a question from you guys about the Jerry Jones photo. 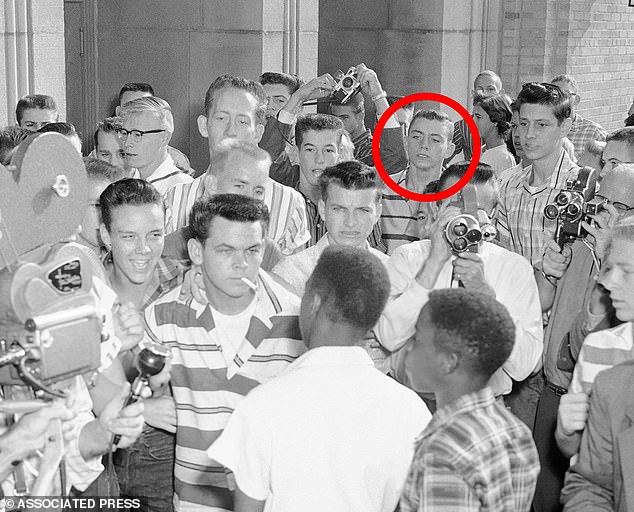 The billionaire, aged 80, said that he looked like a little burrhead in the photo. It was taken during a wave of civil right clashes in Little Rock. Jones explained to the Post that Jim Albright, his football coach had warned his players to avoid the highly anticipated scene at North Little Rock High’s first day of classes.

“But when the Kyrie [Irving] You guys were quick to ask questions about whatever was going on.

In this photo, Jones is seen with six African-American teenagers at Arkansas’ North Little Rock High.

Jones acknowledged to the Washington Post that he is indeed the subject of the photograph. However, he claimed that he was there for curiosity and not racist purposes.

Irving was caught in the middle of an anti-Semitic storm after a Cavalier posted a link on his social media to an Amazon documentary in October. 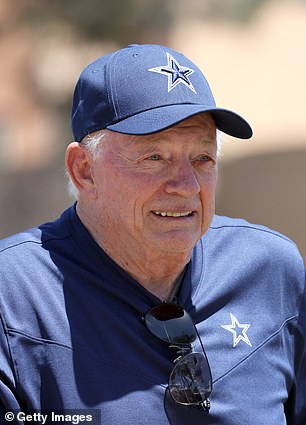 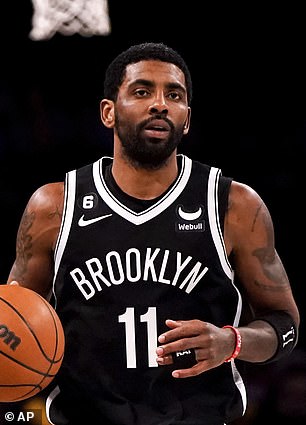 James, who was awarded a title in Cleveland with Irving in 2016, asked several questions about Irving (right), but was confused about Jones (left).

Jacky - January 26, 2023
In today's ever-changing organization landscape, making certain your business remains protected from the most recent cyber-threats and dangers is vital. Having the ideal...

The most spoofed company over the last few months is a...