Jacob deGrom is a Texas Ranger now, and his bank account and the team’s watchability are better for it.

Whether the Rangers will do as much winning as they want around deGrom is a whole ‘nother question. And in a related story, there’s now a question about what the Mets will do with the deGrom-sized hole in their starting rotation.

Let’s grant that the Mets didn’t let deGrom go without a fight. Or, more accurately, a solid offer. Joel Sherman of the New York Post reports it was in the range of three years and $120 million. Had the 34-year-old accepted, the $40 million average annual value of his deal would have ranked behind only fellow multi-time Cy Young Award winner Max Scherzer.

But, well, can you blame deGrom for accepting the Rangers’ five-year, $185 million offer?

The best pitcher in baseball is ours. pic.twitter.com/ZydQmZSqoW

No. No you cannot. Beyond being more than what the Mets—who reportedly never got to make a final offer—offered deGrom, it’s substantially more than even the most generous contract forecasters had pegged him for.

deGrom Is the Big Winner Here

It’s appropriate that deGrom would end his first foray into free agency by blowing away expectations. Story of his career, as it were.

Far from a can’t-miss prospect, deGrom was only a ninth-round pick out of Stetson University in 2010. His pro career got off to an inauspicious start when he underwent Tommy John surgery shortly thereafter, and at no point between then and his major league debut in May of 2014 was he considered a top-100 talent.

We all know what happened next, of course.

National League Rookie of the Year in 2014. All-Star and postseason sensation in 2015. Then continued excellence in 2016 and 2017, followed by a transformation into “deGOAT” starting with the first of back-to-back Cy Young Award-winning seasons in 2018 and 2019.

There are nonetheless good reasons why you could practically hear an audible gasp coming from the baseball world when the Rangers announced their deal with deGrom.

The short version: the guy was sidelined for more than a year between July 7, 2021 and Aug. 2, 2022, initially by way of forearm and elbow trouble and then by way of persistent shoulder injuries. He’s made only 12 starts since that fateful date in July.

There was never any doubt that deGrom made the right call when he opted out of his contract with the Mets, but his age and the spooky shadow cast by those injuries invariably put a damper on expectations for what he would find on the open market. Nobody (including us) saw him getting anything longer than three years, much less a guarantee at the high end of the $100 million range.

And yet, here we are. Or rather, there he is. The same Jacob deGrom, only now with more money than he could spend in multiple lifetimes. That deserves a tip of the ol’ cap and an unironic “good for him.”

The Rangers Get an ‘A’ for Effort, Anyway

As for how deGrom’s contract landed so far above and beyond expectations, one assumes it was a case of his agents at VC Sports Group driving a hard bargain with an organization that really was that desperate for starting pitching.

General manager Chris Young, who took over leadership of the team’s front office after Jon Daniels was fired in August, indeed said this was the case in November. And rightfully so, given that Rangers starters ranked 25th in rWAR this past season.

Cold take: signing deGrom will help move that needle in the right direction.

Semi-hot take: not enough to make Rangers a good team, though.

The Rangers were more than just one player away from better things as they were losing 94 games this year, and FanGraphs’ WAR projections for 2023 still only tab them as the fourth-best team in the American League West.

Even with six spots now up for grabs, the Rangers are thus less than a shoo-in for this year’s playoffs. That could change depending on what else they do with their winter, but that hinges on how much further they’re willing to push their payroll. At $170 million, it’s already projected to set a new franchise record in 2023.

What’s more, Young’s reasoning for believing that deGrom can be the difference-maker the club needs is at least half-suspect:

“Certainly we acknowledge that there’s been, in the last couple of years, some injuries. But we also feel comfortable with the way Jacob finished the season, the way the ball was coming out of his arm right at the end of the season. We feel like we have a great medical team. We have high confidence in their ability to keep our players on the field.”

The fact check on the Rangers having a great medical team reads as “true.” Per Spotrac, the 623 days their pitchers logged on the injured list in 2022 were the fourth-fewest in MLB.

Still, having a great medical team isn’t the same as having a stable of miracle workers. And while deGrom could potentially help his own durability cause by easing up on the velo, he’s at an age where that might start happening whether he wants it to or not.

Such was the case even this season, as his fastball velocity was vintage at the start and then began to sag:

While deGrom did find the gas again in his one and only playoff start, that was coming off seven days of rest. That’s a luxury the likes of which he won’t often have going forward.

Of course, deGrom doesn’t necessarily need to earn every last dime of his $185 million in 2023 alone. But sooner would certainly be better, as both his dominance and durability are likely to become even bigger question marks as he gets closer to his age-39 season and the end of the guaranteed portion of his contract in 2027.

If the Rangers fail to win because of deGrom in the near-term, it doesn’t figure to be any easier to win in spite of him in the longer term. The amount of money they have invested in him, Corey Seager ($32.5 million AAV) and Marcus Semien ($25 million AAV) will require the Rangers to score on basically every player they develop from within in the coming years.

The current strength of their farm system makes that doable in theory, but there’s a reason that “prospects will break your heart” is a saying in reality. And as the Rangers’ recent history isn’t exactly littered with homegrown success stories, the benefit of the doubt is hard to give.

All of this is to say that the Rangers don’t get a “good for them” to go with deGrom’s “good for him.” What they deserve is more like a “good luck.”

Pressure’s on You Now, Mets

It was only a couple weeks ago that Mike Puma of the New York Post reported that the “organizational belief” within the Mets was that deGrom was going to stay put.

Well, you know what they say. Money talks, and organizational beliefs walk.

The good thing about this situation for the Mets is that deGrom’s decision didnt come at a moment that left the team with little in the way of fallback options. Justin Verlander, a three-time Cy Young Award winner in his own right, and Carlos Rodón, who’s been perhaps MLB’s most dominant pitcher on a rate basis over the last two years, are still available.

The Mets are determined to add one of them, according to SNY’s Andy Martino, who further adds that Verlander is “front and center” in the team’s plans.

Neither Verlander nor Rodón ever figured to come cheap, and it may be fair to assume that their price tags have only gone up in the wake of deGrom’s pact with Texas. Dealing with the Mets may be a means to push said tags higher still, as the team’s need of a deGrom-like ace is now hypothetically that much easier to explot.

It’s a good thing, then, that Mets owner Steve Cohen’s pockets go deep. Deeper than any other MLB owner’s, at least, which will make it that much more disappointing if they suddenly become shallow in pursuit of Verlander or Rodón.

If it turns out that neither comes to Queens, the sting of deGrom’s departure will become a sore that the Mets will be hard-pressed to cover up in 2023 and beyond. 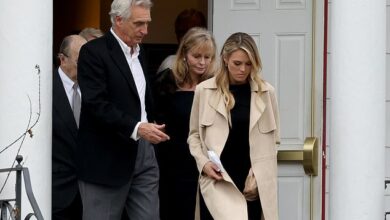 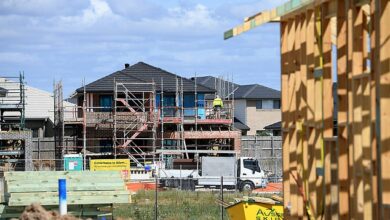 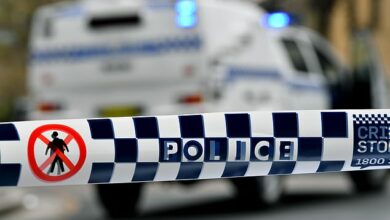