Tehran, Iran – Iran has said it will not cooperate with a United Nations fact-finding mission in its response to the ongoing anti-government protests due to what it calls the “political” nature of the investigation.

Tehran will have “no form of cooperation with this political committee that has framed itself as an investigative committee,” Foreign Ministry spokesman Nasser Kanani told reporters during a press conference on Monday.

Last week, Iran announced that it had formed a local fact-finding mission, made up of representatives from the government, the judiciary, parliament and others, to investigate “events, riots and riots” over the past few weeks.

According to Kanani, this constituted a “responsible” act of the Iranian state and refuted any need for a UN investigation.

The UN Human Rights Council voted last week to establish a fact-finding mission to investigate possible abuses in Iran’s handling of anti-government demonstrations that have erupted across the country.

The protests began after the death in custody of 22-year-old Mahsa Amini in September, following her arrest by the morality police for allegedly failing to comply with the country’s mandatory dress code.

Of the 47-member council, 25 voted in favor of a resolution requiring Tehran to cooperate with the council’s special rapporteur on Iran, including by granting access to areas inside Iranian territory, such as places where people have been arrested.

There were 16 abstentions and six nations – Armenia, China, Cuba, Eritrea, Pakistan and Venezuela – voted against the measure.

Several people have received preliminary death sentences for taking part in “riots”, according to the Iranian judiciary, while an official said the Iranian Supreme Court has begun hearing appeals from those sentenced to execution.

In the past two weeks, protests have been most intense in Iran’s Kurdish-majority northwestern provinces, with the Islamic Revolutionary Guard Corps (IRGC) confirming that it is “strengthening” its presence there.

Elite forces also last week renewed their missile and drone attacks on neighboring northern Iraq, which they have threatened to continue if kurdish groups [can we name them?] based there they are not unarmed.

The new Iraqi prime minister, Mohammed Shia al-Sudani, is expected to meet in Tehran on Tuesday with President Ebrahim Raisi and discuss the issue.

Focus on the role of Germany

Senior Iranian officials have repeatedly accused the United States, Israel, the United Kingdom, France, Germany and Saudi Arabia of being behind the unrest in the country.

In recent weeks, Iran has particularly intensified its rhetoric against Germany, as the European powerhouse has repeatedly expressed support for the protests in Iran.

Along with Iceland, Germany submitted the formal call for the formation of the special UN council meeting on Iran that led to the passing of the resolution.

Iran’s Foreign Ministry summoned the German ambassador to Tehran for the second time since the start of the protests on Monday to condemn the “interventionist and unsubstantiated” comments by German officials and denounce the UN meeting.

During his press conference on Monday, the Iranian Foreign Ministry spokesman wore a black gas mask and held the session with the mask at his podium.

It was intended as a reminder of Saddam Hussein’s use of chemical weapons during the eight-year Iran-Iraq war in the 1980s.

Tehran has long accused Germany of supplying Hussein with chemical weapons. Kanani said that up to 80 percent of the chemical weapons used during the war were supplied by German companies.

In its blacklist of European individuals and entities in response to European Union sanctions last month, Tehran placed sanctions on two German companies it said were responsible for “delivering chemical gases and weapons” to Iraq during the war. 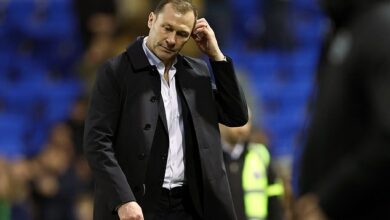 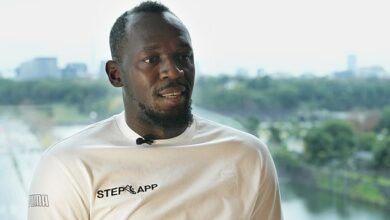 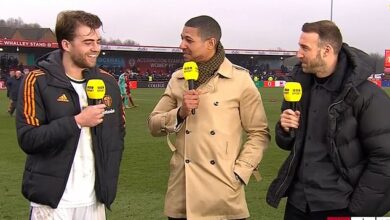