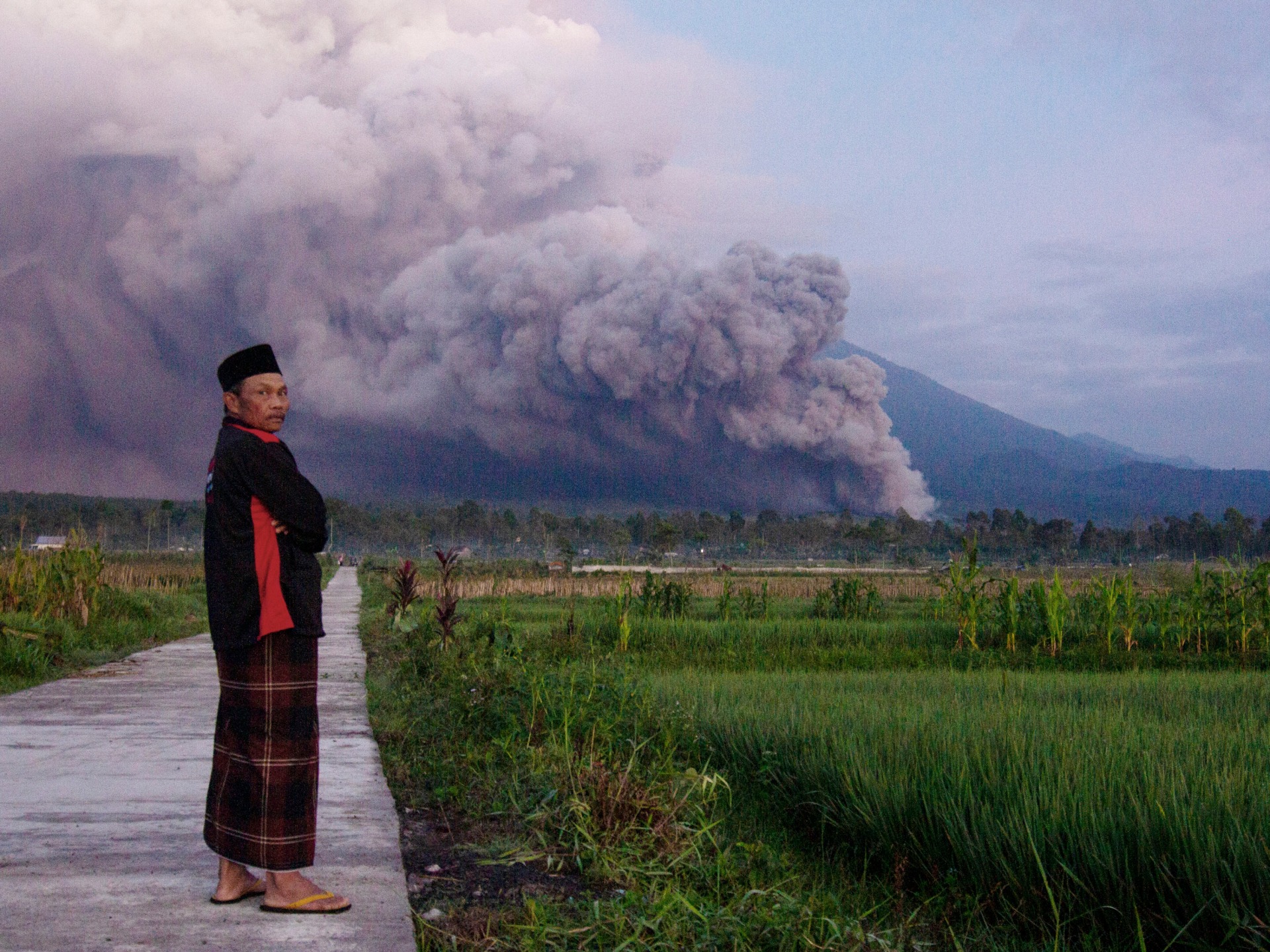 A volcano has erupted on the densely populated Indonesian island of Java, sending a huge cloud of ash into the air and evacuating nearby villages.

Indonesia’s Disaster Relief Agency (BNPB) on Sunday warned residents living near Mount Semeru in East Java province — about 400 miles (640 km) southeast of the capital Jakarta — not to carry out any activities within 8 km (4.9 miles) from the volcano and away from riverbanks in the area because of the risks of lava flow.

The agency said it has raised the volcano’s alert status to the highest level.

“Most access roads have been closed since this morning. Now it is raining volcanic ash and has covered the view of the mountain,” Bayu Deny Alfianto, a local volunteer, told Reuters news agency by phone.

Videos posted to social media showed huge clouds of gray ash in areas near the volcano.

Abdul Muhari, a spokesman for the BNPB, said the eruption was triggered by monsoon rains that eroded and collapsed the lava dome on top of 3,676-meter Mount Semeru.

Japan’s Meteorology Agency, meanwhile, said it was monitoring the possibility of a tsunami after the eruption. There was no immediate comment from the BNPB on Japan’s warning of a tsunami threat.

A sudden eruption of Mount Semeru last year killed at least 51 people, injured more than 100 and damaged thousands of homes and buildings.

With 142 volcanoes, Indonesia has the largest population in the world living in close proximity to a volcano, including 8.6 million within a 10 km (6 mi) radius.

The Indonesian archipelago of more than 270 million people lies along the Pacific “Ring of Fire,” a horseshoe-shaped series of geological fault lines, and is prone to volcanic activity and earthquakes.

Young boy, 17, is snatched off the street by complete strangers at Somerton Park, Adelaide – WhatsNew2Day

Lady missing out on after WA boat mishap