Iliman Ndiaye was adamant. There was to be no back-up plan. Every request to consider an alternative was met with the same response: “I’m going to be a professional footballer.”

Ndiaye was a teenager playing in non-league at the time. In fact, he had not even had a club before a chance encounter following his move to England from Senegal led him to enrol in Boreham Wood’s academy, a month after they had confirmed their annual intake.

But his ambition even then was unshakeable. “From day one, I have to make sure the players understand there’s a plan B if plan A, becoming a footballer, doesn’t work out,” Cameron Mawer, the former head of Boreham Wood’s academy, tells Sky Sports.

“We know the percentages, so where are you going to take your life if it doesn’t happen for you?

And so he did.

After three years in Boreham Wood’s academy, and following unsuccessful trials with a string of clubs including Southampton and Chelsea, Ndiaye finally got his break with Sheffield United in 2019. Now, just three years later, he is preparing to face England with Senegal in the last 16 of the World Cup.

It is an extraordinary story that owes a lot to his sheer force of will. “Giving up is not in my dictionary,” Ndiaye told Sky Sports last month. “I’ve always believed that one day I’m going to be the best player in the world and that’s what keeps me going.”

Mawer had heard all that before. “He had a belief and a confidence that I’d never seen,” he says with a chuckle.

But there is substance behind it. Ndiaye has taken an unconventional route to the top but he is a special talent.

Sheffield United fans know it – he has become a star of Paul Heckingbottom’s promotion-chasing team – and so too do Senegal’s.

The 22-year-old marked his World Cup debut as a substitute in the 3-1 victory over hosts Qatar with a trademark dribble and cut-back to set up Bamba Dieng’s third goal. He was similarly impressive on his first start, in the 2-1 win over Ecuador which clinched their place in the last 16.

Those displays won him new admirers but they were no surprise to anyone at Boreham Wood. “After one session, everyone looked at him and said, ‘This kid’s got something,'” recalls Mawer.

“He was 16 and there was nothing of him. He was a very slight boy. But his ability on the ball was frightening, so he got fast-tracked into our elite squad. His ability to beat a man, his speed and change of direction… we saw straight away that he could be really special.”

His technical skill was underpinned by an absolute love of the game, his “obsession”, as Mawer terms it, nurtured by his father from a young age and such that he even volunteered to coach kids at summer camps during the off-season.

“He was an infectious character,” says Mawer. “You could give him the ball and he would just do tricks all day long. As you can imagine, the kids adored that. Things like that helped him mature as well, putting that little bit of extra responsibility on him.”

Ndiaye soon picked up English having arrived from Senegal with no knowledge of the language, but even then it remained a challenge, at times, for Mawer and his fellow coaches to rein him in.

“The language wasn’t hard for him. I think at times he picked and chose what he understood from what I said to him on the pitch, but he knew what we wanted and he had a love and a passion for football that I don’t think I’ve seen in this generation.

“He just wanted to train. We would have a game in the evening and he would be out on the pitch in the morning training. I’d say to him, ‘Iliman, come off the pitch!’ But I think he would claim he didn’t understand because he would go straight back out and play again.”

Ndiaye had arrived in England with pedigree having been in Marseille’s academy as a boy before moving to Senegal, where he played for Dakar Sacre-Coeur. But in essence, he was a street footballer, his game learned, primarily, on concrete and sand pitches.

“He’s someone who had quite a tough upbringing and you could see his hunger on the pitch and off the pitch,” says Mawer. “At my level, I see a lot of players who have a lot of ability but can’t do the other side of the game.

“With Iliman, he would always be the hardest-working player. The first in, the last to leave. He would outrun everybody. There was a hunger about his game, a tenaciousness, and a desire to win games.

“We didn’t lose many but when we did, you would know about it because Iliman would cop the hump. He wouldn’t be happy and it would end up in a little bit of an issue at times because he wanted to win that badly. That was his hunger.”

Ndiaye embraced the physical side of the game, too, despite his size. “He loved it,” says Mawer with a grin. “You could kick Iliman and he would just get back up and go again.”

But his stature at that age was an issue for prospective suitors and, undoubtedly, a major factor in why, for all his obvious talent, he wasn’t picked up by a bigger club sooner.

“He didn’t come across as that driving force that you maybe want in a footballer,” explains Mawer. “He was quite unassuming as well, so he might have taken a bit of time to grow on coaches.

“I see him now and he’s filled out. He’s lean. He looks like a man. But at the time, in terms of physicality, I saw him as being maybe a year below his age. In terms of technical ability, miles above. But because of that physicality, clubs probably thought, ‘could he go into our U23s?’ and maybe he couldn’t quite do that.”

Soon, though, his body started catching up, and by the time he went on trial at Sheffield United in 2019, he was a different proposition.

“When he went there, there was no doubting,” says Mawer.

Ndiaye was outstanding during his six-week trial with the Yorkshire club and it did not go unnoticed. According to Mawer, Boreham Wood received “about 40 calls” from other interested parties.

Ndiaye eventually opted to move to Bramall Lane, though, making the move north following a short spell with showcase side Rising Ballers, but he had to show patience initially as Chris Wilder could not find a place in his team for him.

There was a brief loan spell with Hyde United back in non-league before his fortunes changed under Slavisa Jokanovic, Wilder’s short-lived successor. The Serb gave Ndiaye his first extended run of games at senior level, for which he remains grateful, but it is under current boss Heckingbottom that he has truly thrived.

Last season, there were seven goals in 32 Championship appearances, with four of them coming in the last five league games of the campaign after he was moved up front.

This time around, he is already up to nine. He is the joint-top scorer in the division and he has also made the most successful dribbles, his performances at club level ultimately earning him his World Cup chance with Senegal.

Sheffield United fans already adore him and so too do his coaches and team-mates. “He’s going to be elite,” said defender Chris Basham recently. “The boys just buzz off how good he is. It’s a privilege to have him in our side.”

Mawer feels similarly about the years he spent at Boreham Wood.

“When he made his debut for Senegal, I dropped him a message saying well done and how proud I was of him, because I know where he has come from,” he says.

“People won’t see the getting up really early, the trains he took to get to training, the time he sacrificed and the work that he has done to get where he is. If he plays on Sunday, it will be an amazing achievement and a reward for his hard work.”

The boy with no back-up plan did not need one after all, his ambition to make it in football long fulfilled. But this is still only the beginning. Iliman Ndiaye, of Sheffield United and Senegal via France and Boreham Wood, may soon have more new admirers to add to a growing list. 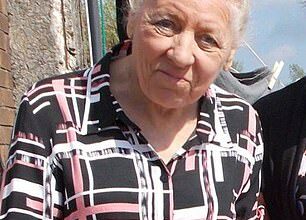 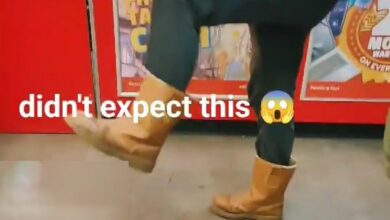 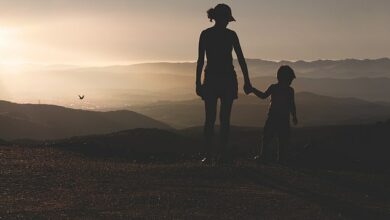 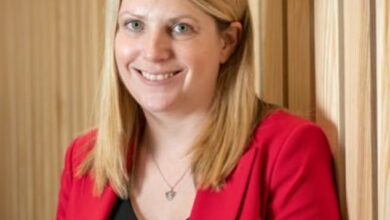 3 hours ago
Featured Posts
Love Island SPOILER: Things heat up between Tom and Samie before the sexy heart-rate challenge
6 mins ago

Sen. Steve Daines suspended from Twitter because hunting picture in profile
14 mins ago