“Compared to 1989 it is a very different kind of protest,” said Feng, who was detained by Beijing in 2017 and whose friend, Chinese-Australian pro-democracy writer Yang Hengjun is currently behind bars in Beijing.

“I don’t think there has been an order from the top because, in Beijing, Shanghai and Guangzhou, the police have largely refrained from taking violent measures. That is a clear indication that the top did not give an order for them to suppress the protests.”

Yan Long, associate professor of sociology at University of California Berkley said that mobilisation was more important than the outcome.

“The majority of social movements do not lead to immediate changes,” she said. “But the participation itself means a hopeful future for China.”

Officials at Tsinghua University were not responding to Saturday’s largesse by taking students away. Instead, they offered free transport to their home towns to help them avoid being locked down on campus.

“I see the current situation as a stalemate.”

Police blocked off most major gathering points across the country on Monday, preventing the weekend’s scenes from repeating, but a fresh round of lockdowns could trigger another wave of dissent as the government’s censorship machine struggles to respond to the wave of subversive content flooding the social platform Weibo.

To avoid sensitive content being flagged in live streams, activists have taken videos of other videos. Censors have been searching the internet looking for blank paper. Protesters are posting inane comments like “I want to see a movie!” to navigate the restrictions while telegraphing their displeasure with the COVID-zero.

“It has failed miserably,” said Feng.

Twitter has seen the proliferation of photos, videos, and symbols, which anonymous activist accounts have distributed to the rest of the world. Chinese government-linked accounts have responded by flooding the site with spam and complaints about activist content, overwhelming Twitter’s moderators. Chinese police have been asking pedestrians to bring their phones to them and forcing them to delete Telegram and Twitter apps.

China’s satirical edge has moved from online platforms to the streets of Shanghai. Police asked Sunday’s rally if they could stop the crowd from chanting about lifting restrictions. The crowd responded by yelling “we want more lockdowns” and “we want to do more COVID tests”.

“People across China are taking extraordinary risks to demand their human rights,” said Yaqiu Wang, senior China researcher at Human Rights Watch. “The Chinese authorities should not suppress the protests but instead allow everyone to peacefully express their views.”

The Chinese government is now attempting to lay the blame for the protests on “hostile foreign forces”– Beijing’s shorthand for the United States and the West.

“On social media, there are forces with ulterior motives that relate this fire with the local response to COVID-19,” said Foreign Ministry spokesman Zhao Lijian, referencing the 10 deaths in a fire in Xinjiang that sparked the protests.

In Beijing on Sunday, one student used a megaphone to warn the others to wary of “external, anti-China forces” stirring dissent.

“Do you mean Marx and Engels?,” responded another student, referring to the German Marxist philosophers.

Request a note from our foreign office. correspondents on what’s making headlines around the world. Subscribe to the What in the? Weekly Newsletter World newsletter here.

Cat found in suitcase at airport 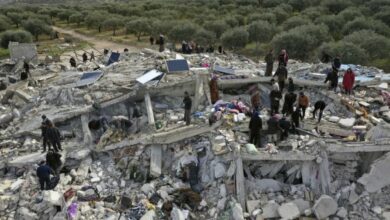 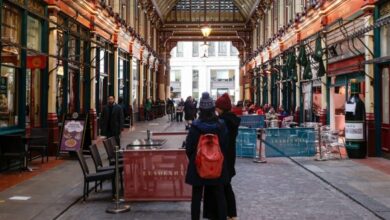 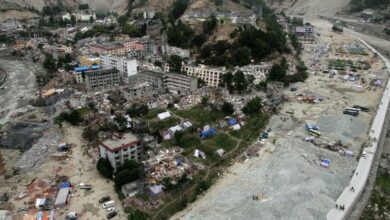 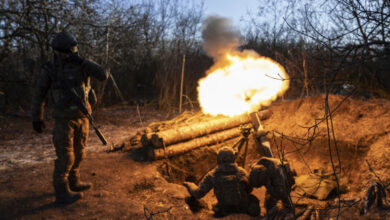 Brittany Higgins willing to testify as Bruce Lehrmann sues Channel 10 and news.com.au for defamation
24 mins ago