Hospitals in the US are now more full than they were during the pandemic – and it’s not because of Covid.

Official data shows that 80 percent of beds across the country are currently occupied, a level not seen since the peak of the Covid wave in January 2022, when eight in ten beds were also full, mainly due to of the Omicron variant.

This time, however, the flu and respiratory syncytial virus (RSV) are increasing the pressure on hospitals, with large beds filled by patients with seasonal infections, according to data from the Department of Health and Human Services (HHS).

Covid restrictions have largely sidelined those viruses for more than two years, robbing Americans of vital exposure to germs that boost their immune systems — making the new spikes more deadly than usual.

Combined with Covid, the viruses have created a tripledemic. Officials at the Centers for Disease Control and Prevention (CDC) earlier this week even recommended that Americans wear masks to prevent the spread of non-Covid illnesses. 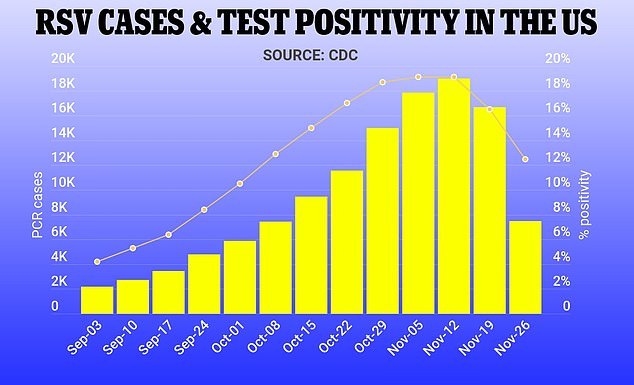 The Centers for Disease Control and Prevention (CDC) reported 32,733 confirmed flu cases in the week ending Nov. 26, a new record for this virus season.

Earlier this week, CDC officials announced there were 9 million confirmed flu cases, 7,800 hospitalizations and 4,500 deaths from the annual virus.

This flu season is already the worst since the 2009 swine flu pandemic.

Hospitals concentrated mostly along the east and west coasts of the US are suffering the most, the HHS reports.

America’s leading health officials are now recommending masks to prevent the spread of RSV and flu this winter – not just Covid.

Dr. Rochelle Walensky, director of the Centers for Disease Control and Prevention (CDC) said at a briefing on Monday, “we also encourage you to wear a high-quality, well-fitting mask to help prevent the spread of respiratory disease,” when it concerns prevention measures against flu and respiratory syncytial virus (RSV).

It comes as nearly every state in America is recording “very high” flu levels as the US is hit by a resurgence of respiratory viruses this fall due to lockdown. The CDC is reporting 9 million flu infections and 4,500 deaths from the virus this flu season — the worst of which are expected in the coming weeks. The typical flu season runs from October to May each year.

Dr. Sandra Fryhofer, a trustee with the American Medical Association, said at a CDC briefing Monday, “It’s a perfect storm for a terrible holiday season.”

Experts have blamed the deadly flu outbreak on lockdowns, mask mandates, social distancing orders during the Covid pandemic, leaving the American population “immune naive” as they were deprived of vital exposure to healthy germs.

Wyoming (46 percent) is the only state where more than half of hospital beds are available.

Influenza and RSV are most dangerous for children and the elderly.

CDC director Rochelle Walensky said Monday that children have caused 14 flu deaths in the US so far, with a majority of the elderly suffering the most.

It’s unclear how many have died from RSV this season, but the CDC reports that 300 to 500 children die from the virus each year.

The vast majority of people who get sick will be able to manage the symptoms on their own at home without seeking medical attention. This means they are never included in official counts.

The CDC reports that one in four tests for the flu and hospitals and health centers across America return positive, indicating millions of cases are going under the radar.

In the weekend’s most recent data update, the CDC listed 44 states with “very high” levels of flu transmission.

The CDC determines each state’s classification by combining infection rates, positive test rates, and hospitalizations associated with the flu.

Of the 44 worst affected states, 11 have the highest possible level of flu circulation, which stands out among the others. 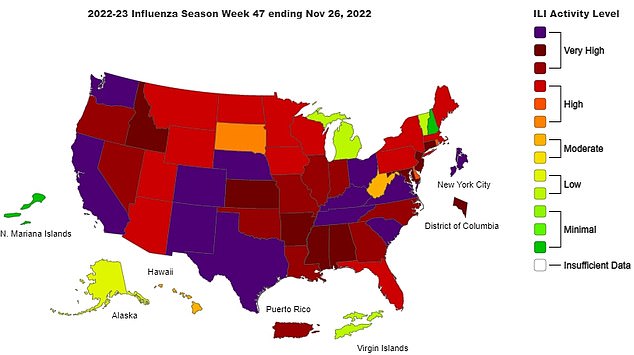 According to the CDC, a total of 44 U.S. states record “very high” levels of flu transmission, with 11 of those states recording the highest classification (purple)

There is hope that RSV – unlike flu which continues to spread – is already on steam.

Test positivity is also falling. During the week ending Nov. 26, only 12.5 percent of PCR tests for RSV were positive.

Dr. Walensky added on Monday that parts of the country either saw RSV decline or started to decline after a rough start to the season.

Covid itself also still remains a threat – albeit not as much as during the previous two winters.

The US records 59,924 cases daily. While this is a 37 percent increase over the past two weeks, it dwarfs the more than 100,000 daily infections Americans contracted this time last year.

Covid deaths have also stabilized, at 250 a day in America. 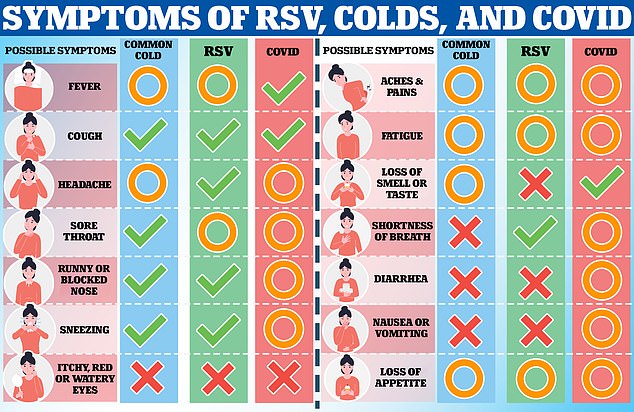 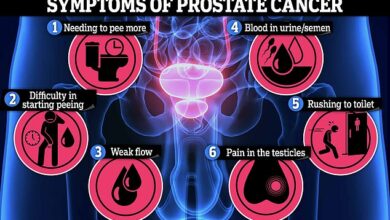 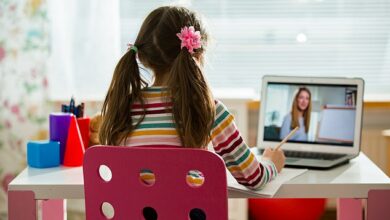