By Geraint Llewellyn for Mailonline

Helen Skelton was spotted returning to her hotel with her three children after Strictly Come Dancing’s final tour show in Manchester on Sunday.

The Countryfile presenter, 39, beamed after her performance as she lovingly rocked 13-month-old daughter Elsie, while sons Erine, seven, and Louis, five, followed closely.

Helen, who shares the little ones with ex Richie Myler, who she split with in April, looked chic in a cream jumper and paired it with matching high-waisted trousers.

Loving: Helen Skelton, 39, was spotted returning to her hotel with her three children after the final tour show of Strictly Come Dancing in Manchester on Sunday

She slipped her feet into matching boots and wore her glamorous makeup on stage with her blonde locks slicked back in a bun.

Her young sons matched in similar black baseball jackets after enjoying watching their mother perform in front of 21,000 people at the nearby AO Arena.

Daughter Elsie was kept warm in a pink hoodie and leggings and Helen made sure to bring a fluffy blanket to soothe the toddler. 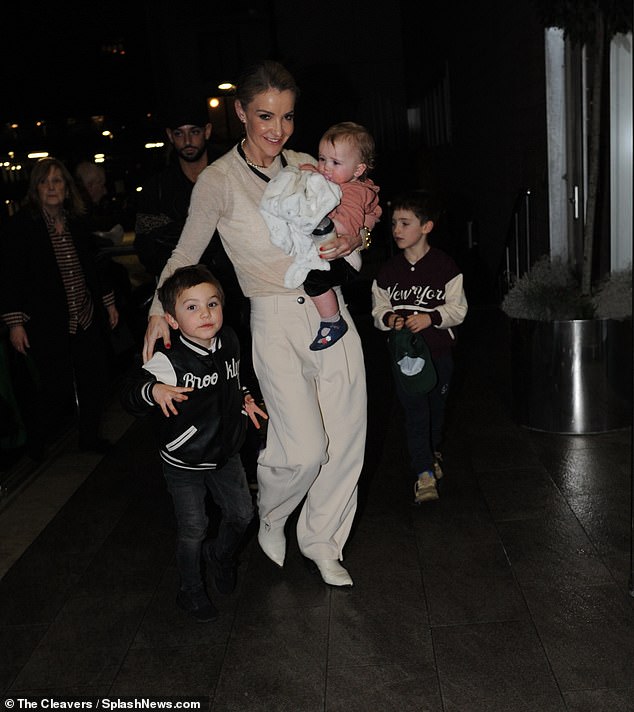 It comes after Helen and her co-stars reportedly had to run for cover when they encountered a ‘shocking’ late-night brawl in Leeds city center on Friday.

The TV personality was partying with her Strictly friends after their live tour show in Leeds when they innocently stumbled upon the street brawl.

Helen, who was out with the likes of Ellie Simmonds and Molly Rainford, had to jump out of the way when a glass bottle was thrown near them. 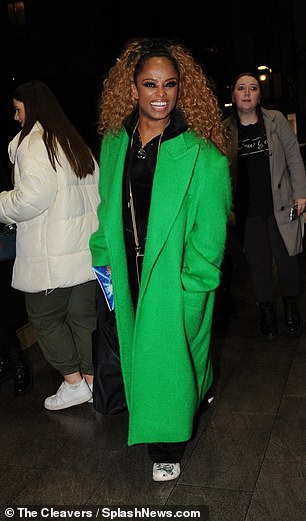 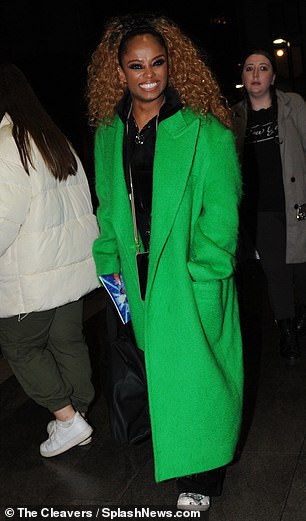 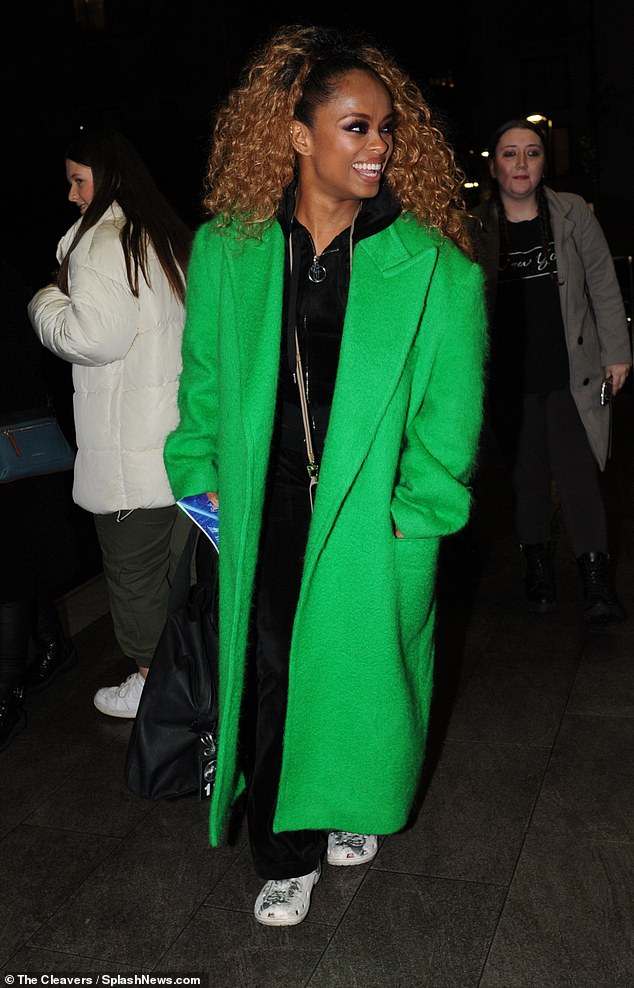 Tracksuit: She wore her jacket over a black velor tracksuit 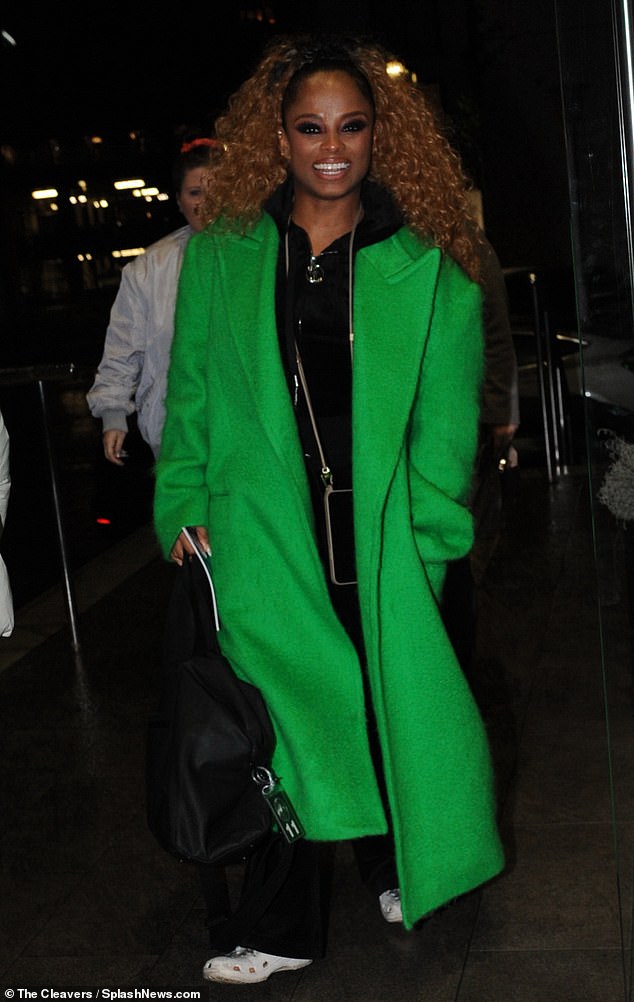 Sweap: She traded her sparkly dance heels for a comfy pair of Crocs

Photos show Helen flinching from an object and police officers on the scene.

Helen reportedly hid in an alley until police arrived and arrested a male suspect shortly before 3 a.m., while Molly and Tyler West rushed to comfort her.

A source told The sun of the incident: “Helen and her co-stars were walking home when they stumbled upon a brutal bottle-throwing fight. 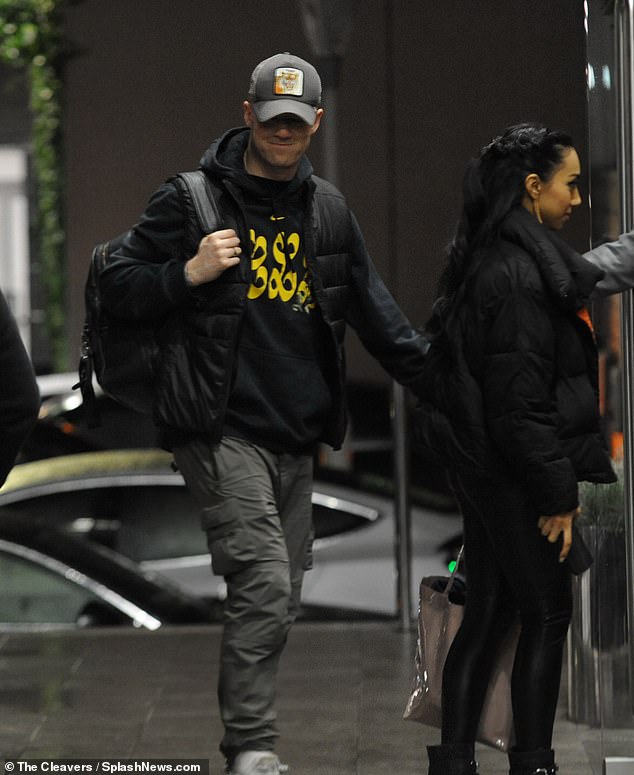 Wrapping it up: Dancer Kai Widdrington wrapped up in a black hoodie and waistcoat 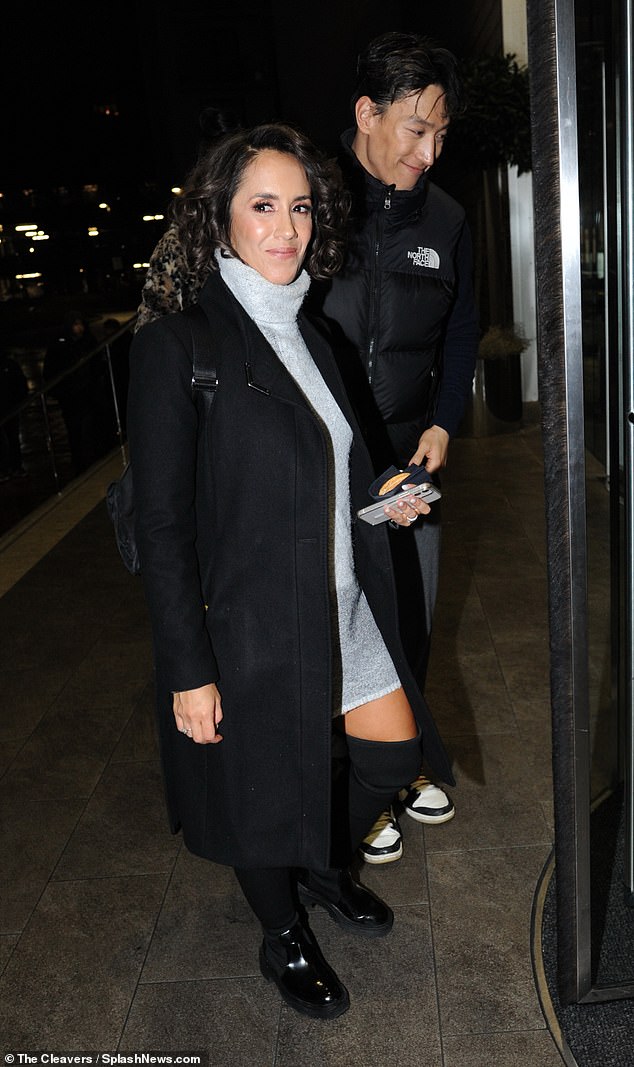 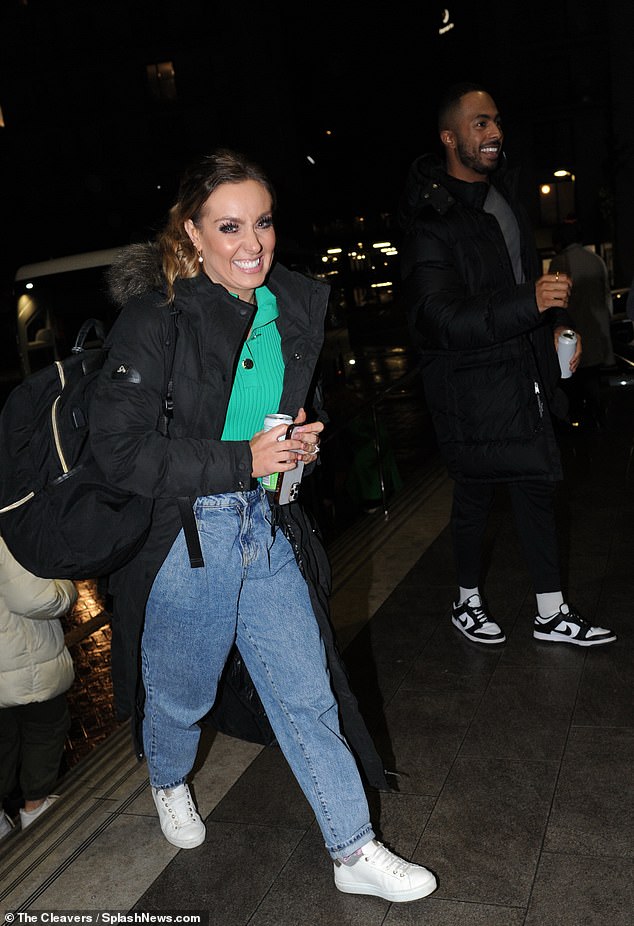 All smiles: Amy Dowden was beaming as she returned to the hotel with Tyler West

“Helen was shocked by the violence she witnessed, but was glad the police were there.”

They added: “Two groups of boys were fighting and bottles and glasses were flying around, none of the Strictly people were involved in the fighting, it was innocent passers-by who were involved.”

West Yorkshire Police told The Sun: ‘At 2.56am on Friday, police were called to a report of a fight involving a group of men in Duncan Street and Call Lane in Leeds city centre. 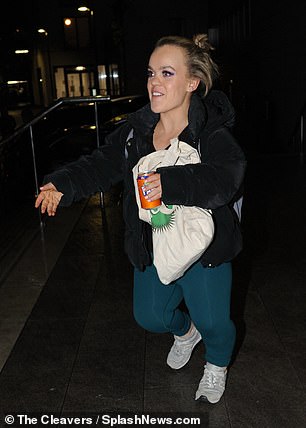 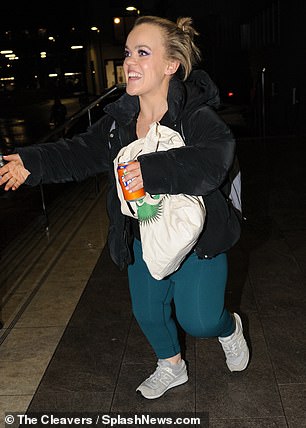 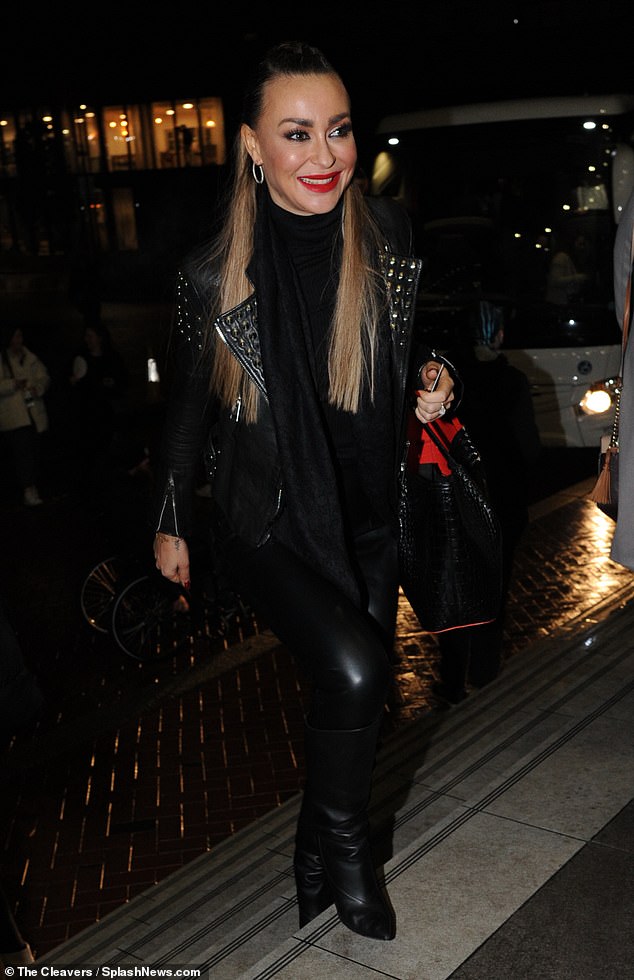 “Agents have been on the scene and have arrested a man on suspicion of a fight.

“He remains in custody and the investigation is ongoing. There were no reports of injuries.’ 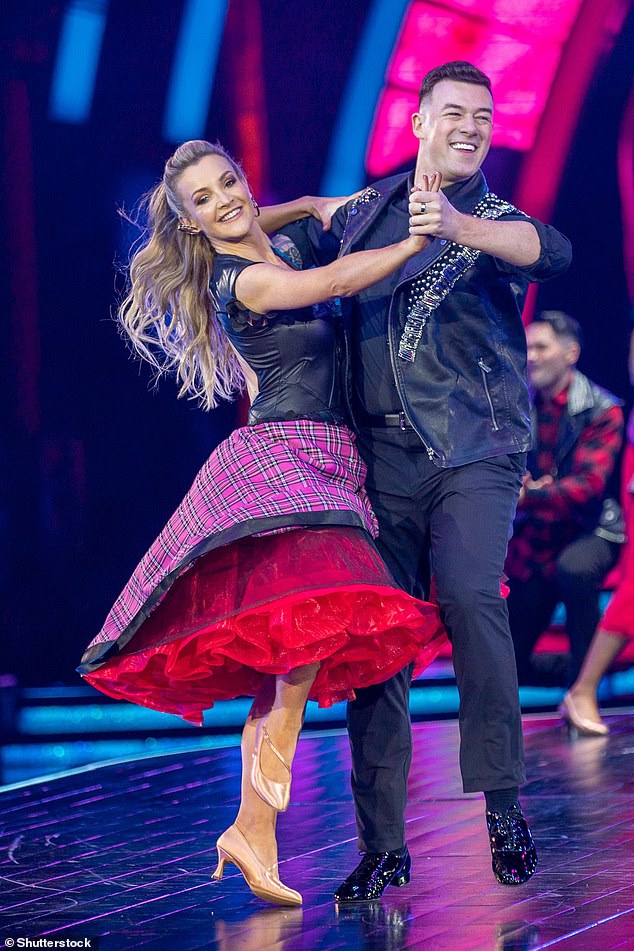 Tour: Helen and her Strictly co-stars have been busy touring the UK as part of the Strictly live tour, which kicked off in Birmingham on January 20 and runs through February 12 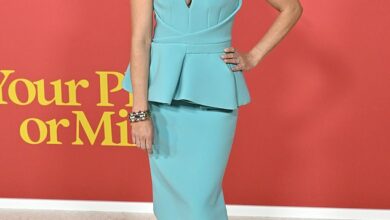 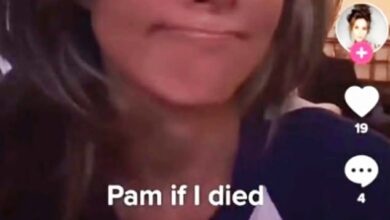 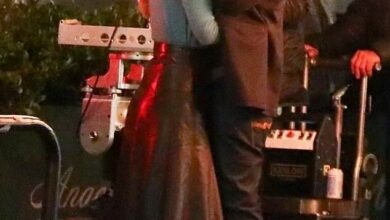 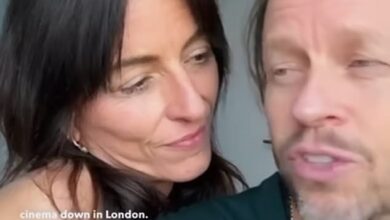