Indigenous Greens candidate detained in Japan accused of drug trafficking was victim of a love scam by a Nigerian man who promised to marry her, claim her family

The family of an Indigenous Greens candidate and community leader detained in Japan after she was accused of drug trafficking claim she was the victim of an elaborate online love scam by a Nigerian man.

Ballardong Njaki-Njaki woman Donna Nelson – who was the Greens candidate for the Western Australian seat of Pearce in the 2022 federal election – was intercepted by ​Japanese authorities at Narita Airport near Tokyo in January.

The 56-year-old woman was arrested for suspected drug trafficking after she was allegedly found with drugs stashed inside a bag.

Donna Nelson, a Greens candidate for Western Australia, was arrested in Tokyo for suspected drug trafficking after she was allegedly found with drugs stashed inside a bag

The family believe Ms Nelson, who is also chair of a West Australian Aboriginal health service, was either forced or tricked into carrying the bag, which she had not packed as part of her luggage before leaving Australia.

They said Ms Nelson had been talking with a Nigerian man online for two years before she was arrested.

She has been detained without charge since January 4, when she suddenly stopped answering messages from family and friends shortly after landing in the Japanese capital.

The family said her last message to her daughters was to stop being ‘clowns’ after they had bombarded the family group chat with jokes about Japan’s freezing weather.

A tracking app later revealed she had not moved from the airport for several hours after landing, sparking fears something was not right.

Three days later, police and consular officials confirmed to the family Ms Nelson had been detained by Japanese authorities on suspicion of drug trafficking.

The family has only been able to contact her through her court-appointed lawyer.

Ms Nelson had travelled to Japan to meet the Nigerian man, known as ‘Kelly’, who she met two years earlier through an online dating site called AfroIntroductions. 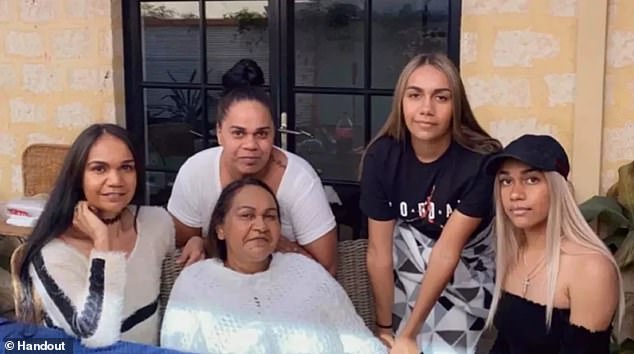 He claimed to be the owner of a high-end fashion brand.

Ms Nelson’s daughters told The Sydney Morning Herald the pair had messaged back and forth for months and had discussed talking a trip to Brazil.

The daughters also said the pair had planned to marry in Nigeria, donning traditional African attire.

They said the man had gained Ms Nelson’s trust by sending her an image of a document he claimed was his Japanese residency card and offering to fund trips overseas for some of her daughters.

After sucessfully convincing Ms Nelson to visit him in Japan, ‘Kelly’ bought business class tickets to fly her to Tokyo via Singapore, Laos and Vietnam.

The family believes Ms Nelson met with an associate of ‘Kelly’ during a three-day stop in Laos, where she came to be in possession of the bag that led to her airport arrest. 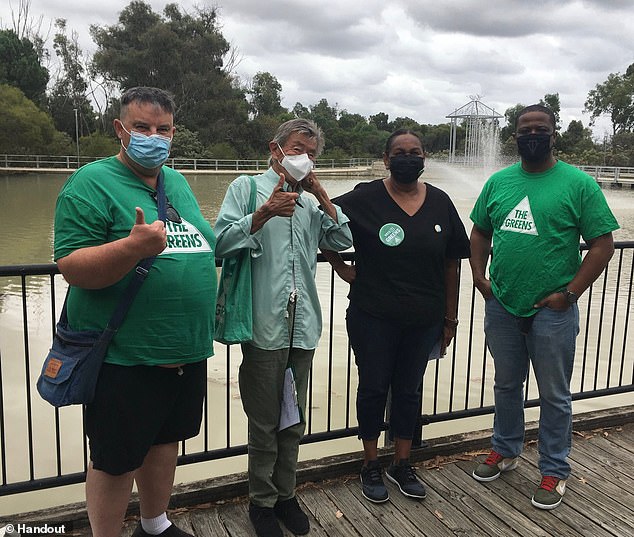 Ms Nelson’s daughter Kristal Hilaire said one of the hardest things for her to come to terms with was that her mother’s heart would have ‘broke’ upon realising ‘this person didn’t love her’.

The daughters said Ms Nelson’s lawyer had been able to pass on their messages of support and share photos of her grandchildren.

The family want Ms Nelson’s ordeal to serve as a warning to other women searching for love online.

‘We call her Mother Teresa because she thinks she can save everyone,’ daughter Ashlee Charles said.

‘She is a person who tries to see the good in everyone’.

Under Japanese law, people suspected of committing a crime can be detained for up to 23 days without charge and are not allowed to apply to be released from custody while awaiting any charges.

The Department of Foreign Affairs and Trade has confirmed their involvement in the case but were unable to provide further comment due to privacy reasons.

After Alice alcohol clampdown, NT to get tougher cash restrictions 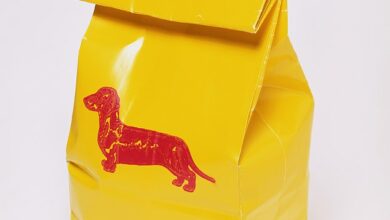 3 hours ago
Featured Posts
Warriors’ Steph Curry goes to locker room after appearing to injure his leg vs. Mavericks
30 mins ago

In a world of drones and satellites, why use a spy balloon?
40 mins ago

Learn from a triumphant Yes campaign: don’t malign wary voters or Voice will fail
57 mins ago