— More education and more funding are needed for severe mental illnesses, they urge

Experts discussed the obstacles to caring for young people with mental health problems as they transition from high school to college during a hearing of the Senate Health, Education, Labor, and Pensions (HELP) Subcommittee on Children and Families on Wednesday.

Witnesses pressed Congress to invest more in the treatments for first-episode psychosis and to increase education on more serious and often “misunderstood” mental health conditions.

Sen. Tim Kaine (D-Va.) recalled “two really tough situations” in his state — the Virginia Tech shooting in 2007, which left 33 people dead, and the murders of three football players from the University of Virginia, allegedly by a classmate on a bus following a field trip on November 13.

Both perpetrators had experienced “tough high school years,” but eventually found support in high school that helped them to succeed as students and athletes, Kaine said. “But then when they went to college … in each instance … it seems like there was sort of a downward spiral … maybe partly because they didn’t have the support services surrounding them that knew their situation.”

To help address gaps in care, members of the subcommittee, including its chair, Sen. Robert “Bob” Casey Jr. (D-Pa.) and ranking member, Sen. Bill Cassidy, MD (R-La.), co-sponsored the RISE Act to help students with mental health disabilities continue to a university setting and succeed there.

Institutions of higher education are not allowed to ask about students’ mental health during admissions processes, explained Curtis Wright, EdD, vice president of student affairs at Xavier University of Louisiana in New Orleans.

Unless students voluntarily share their individualized education plans, a university or college cannot access those documents, he said. However, if a student shares his or her plan with the college, staff can then provisionally offer certain accommodations, and help arrange for the student to complete whatever evaluations are necessary to continue with any potential treatments.

Wright noted that another important step that his university has taken has been to work with students’ parents. While respecting students as adults, Wright said he’s found that engaging parents has helped his institution to learn more about students and to connect with previous therapists.

Any “clinically astute therapist” working with high school students should be preparing for this transition, said Ashley Weiss, DO, MPH, director of medical student education in psychiatry at the Tulane University School of Medicine in New Orleans, who specializes in first-episode psychosis.

“It shouldn’t be the day before [when] you [say], ‘Oh, let’s send your mental health information,'” Weiss said. There should be serious discussions about making students feel safe and comfortable as they continue receiving care for their mental health in this new environment, such as identifying “the key players in their new community”; for example, connecting to staff at “first episode programs,” she explained.

Cassidy noted that what Weiss was describing is a “best practice” in which high school counselors would seek a HIPAA release form in order to share a student’s mental heath information with a college.

When asked how often such practices are followed, Weiss responded, “very little” of the time.

Sharon Hoover, PhD, co-director of the National Center for School Mental Health at the University of Maryland School of Medicine in Baltimore, suggested that young people should be educated about their privacy rights as they enter adulthood.

“One of the biggest hindrances of college students … to actually getting services is because they don’t necessarily know or want those services when they get to college,” she added.

Wright applauded Congress for investing in programs like Mental Health First Aid, which can help train staff in high schools, community centers, and churches on how to recognize the signs of a mental health problem.

But Weiss argued that Mental Health First Aid offers too “generic” an approach and should “include specific and more severe illnesses, because dealing with some of these more misunderstood mental health conditions can be very challenging for someone that doesn’t have the background.”

Weiss also stressed that supportive programs for severe mental illnesses have long been underfunded in the U.S., and as a result, young people haven’t often had the opportunity for higher education.

Now that people are “getting well” for the first time due to specialized interventions that have popped up in just the last few decades, “the cost needs to be reflective and encompass what it takes to scaffold them into these opportunities that they really haven’t had before,” she said. “And that might be more costly than [supporting] a kid with ADHD from high school to college.”

“These illnesses are not curable … they’re manageable, but that management does not mean doing the bare minimum,” she noted.

If you or someone you know is having thoughts of suicide, please call the National Suicide Prevention Lifeline at 988.

Shannon Firth has been reporting on health policy as MedPage Today’s Washington correspondent since 2014. She is also a member of the site’s Enterprise & Investigative Reporting team. Follow

Only half of Brits are confident they could perform CPR

Only half of Brits are confident they could perform CPR

In small studies, 97 percent of HIV-positive people are vaccinated 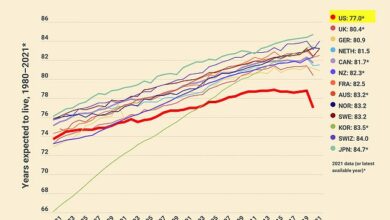 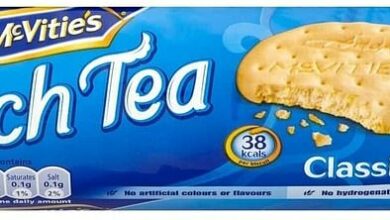 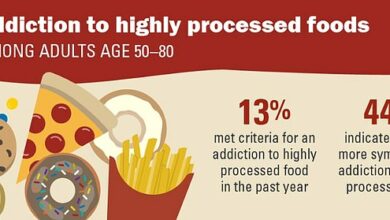 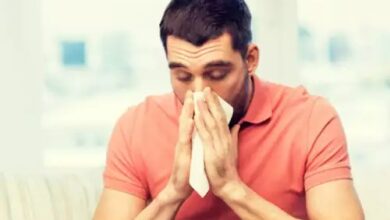