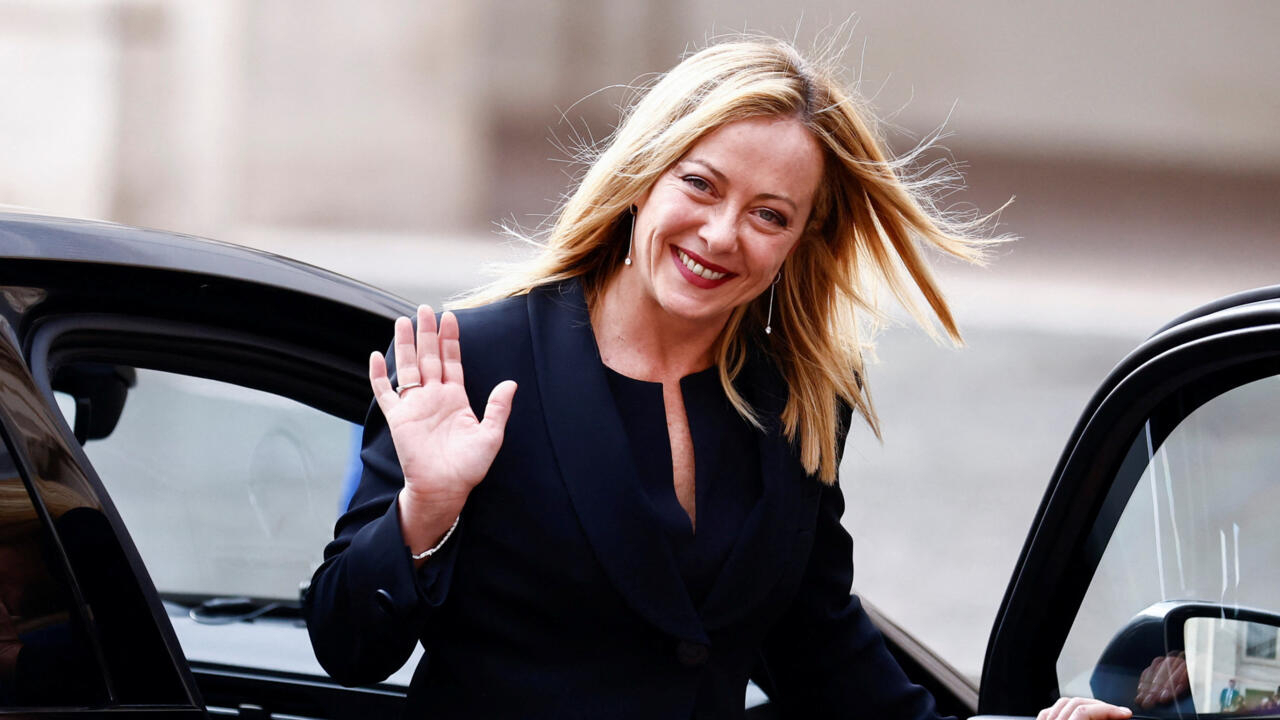 Far-right leader Giorgia Meloni was sworn in as Italy’s prime minister on Saturday, becoming the first woman to lead a government in Italy.

Meloni took the oath before President Sergio Mattarella at the Quirinal Palace in Rome, once home to popes and kings of Italy.

Her post-fascist Brothers of Italy party – Eurosceptic and anti-immigration – won the September 25 legislative polls but needed outside support to form a government.

Meloni’s appointment is a historic event for the eurozone’s third-largest economy and for the Brothers of Italy, who have never been in government.

It won 26 percent of the vote last month, compared to eight and nine percent respectively for its allies Forza Italia and the far-right League.

Meloni’s list of 24 ministers, including six women, showed a desire to reassure the Italian partners. She appointed Giancarlo Giorgetti as economy minister, who served under Mario Draghi’s previous government.

Giorgetti, a former economic development minister, is considered one of the more moderate, pro-European members of Matteo Salvini’s League.

Salvini will serve as Deputy Prime Minister and Minister of Infrastructure and Transport.

That appointment is likely to disappoint Salvini, who wanted Meloni to reinstate him as Home Secretary after previously holding the position between 2018 and 2019.

The position instead went to a technocrat, Rome prefect Matteo Piantedosi.

A formal ceremony to transfer power from Draghi to Meloni is set to take place on Sunday before the prime minister leads the first cabinet meeting.

congratulations to @GiorgiaMeloni on her appointment as Italian Prime Minister, the first woman to hold this post.

I am counting on and looking forward to constructive collaboration with the new cabinet on the challenges we will be tackling together.


“I am counting on and looking forward to constructive cooperation with the new government on the challenges we face together,” she tweeted on Saturday, while European Parliament President Roberta Metsola tweeted in Italian that “Europe needs Italy”.

Ukrainian President Volodymyr Zelensky tweeted that he “looks forward to continuing fruitful cooperation to ensure peace and prosperity in Ukraine, Italy and the world”.

My congratulations to @GiorgiaMeloni, Italy’s first female prime minister. I wish the new government a successful response to all the challenges of today. I look forward to continued fruitful cooperation to ensure peace and prosperity in Ukraine, Italy and the world!

“Great day for the European Right!” He wrote.

Consultations to craft a government have been overshadowed by disagreements with her two potential coalition partners over Meloni’s fervent support for Ukraine since the Russian invasion, while the leaders of Forza Italia and the League are both considered close to Moscow.

A tape has leaked in which former Italian Prime Minister Silvio Berlusconi – who heads Forza Italia – talks about his warm ties to Moscow and appeared to blame Zelensky for the war in Ukraine.

Berlusconi says the comments have been taken out of context.

Salvini is a longtime fan of Russian President Vladimir Putin and has criticized Western sanctions against Russia.

Despite her Eurosceptic stance, Meloni is firm about her support for Ukraine, in line with the rest of the European Union and the United States.

But the tensions raise concerns that Meloni’s coalition, held together by the need for a parliamentary majority, will struggle to maintain unity.

It argues that the nearly 200 billion euros ($197 billion) it expects to receive should account for the current energy crisis, exacerbated by Moscow’s invasion of Ukraine, which has affected the supply of Russian gas to Europe.

But the funds are linked to a series of reforms just begun by Draghi’s government, and analysts say Meloni has limited leeway.

Meloni had campaigned on a “God, Land and Family” platform, raising fears of a decline in rights in the Catholic-majority country.