Elon Musk had a surprise meeting with French President Macron in New Orleans yesterday, where they discussed the billionaire’s commitment to moderating content on Twitter.

Macron said the pair had a “clear and sincere discussion” about how Twitter should make efforts “to comply with European regulations” around freedom of expression.

After the meeting, Musk said, “It was an honor to see you again. I look forward to exciting plans in France!’

The politician also told his followers that the new tech CEO has committed to the Christchurch Call – a political initiative to stop people from using social media to organize and promote terrorism and extreme violence.

Macron added: “Elon Musk has confirmed Twitter’s participation in the Christchurch Call. There is no room for terrorist and violent extremist content anywhere.” 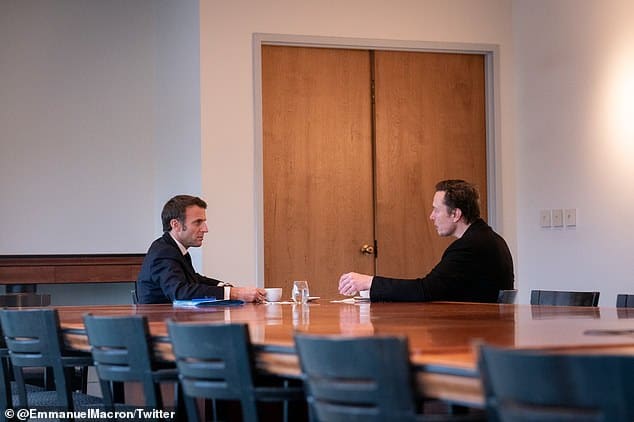 Macron (left) and Musk had a surprise meeting in New Orleans