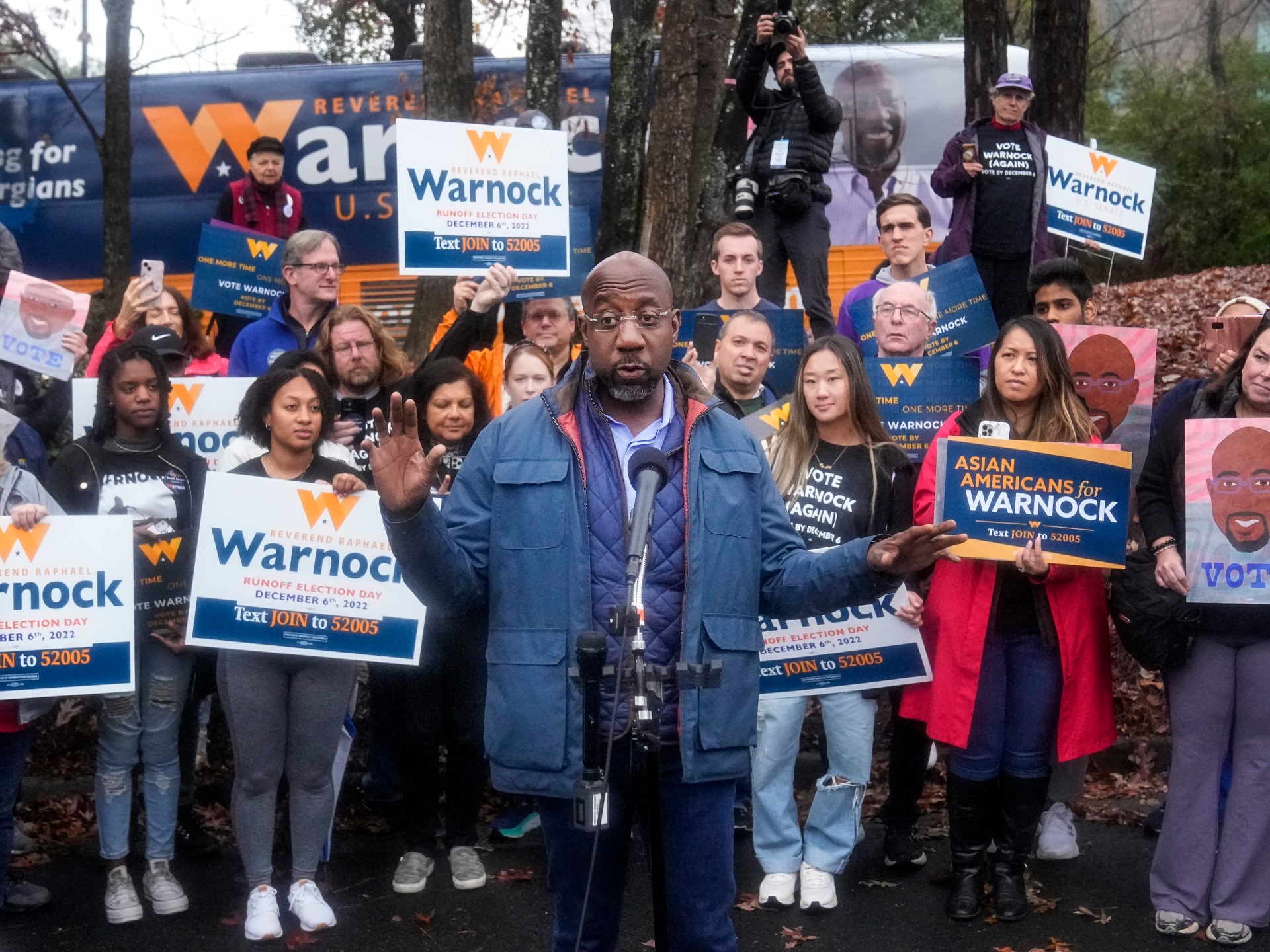 Democratic U.S. Senator Raphael Warnock has defeated Republican challenger Herschel Walker in the second round of the Georgia election, giving Democrats an outright majority in the Senate for the remainder of President Joe Biden’s term, according to the Associated Press news agency.

With Warnock’s victory on Tuesday, Democrats will have a 51-49 majority in the Senate and take a seat from the current 50-50 split with John Fetterman’s victory in Pennsylvania.

However, there will be a divided administration, with the Republicans narrowly reversing control of the House of Representatives.

In last month’s election, Warnock Walker led by 37,000 votes on nearly 4 million votes cast, but fell short of the 50 percent threshold needed to avoid a runoff.

Walker, a football legend backed by former US President Donald Trump, was unable to refute a slew of damaging allegations, including claims that he paid for the abortions of two ex-girlfriends.

Russian conscript jumps to his death after he was ordered to...

Chelsea Handler ‘didn’t know’ she was on diabetes drug Ozempic