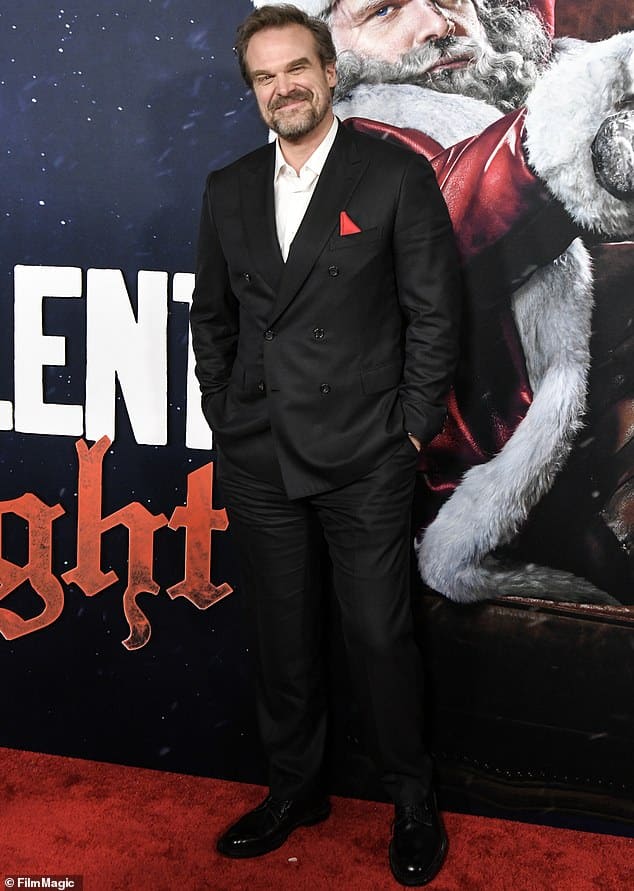 David Harbor has revealed that Madonna called him to audition for one of the flop movies she directed after finding him “sexy.”

The heartthrob played Ernest, the discarded husband of Wallis Simpson, in WE, Madonna’s 2011 film about the love affair that led to Edward VIII’s abdication.

In a new interview on Jimmy KimmelLive!David, 47, said Madonna was seduced after watching his steamy love scene with Kate Winslet in Revolutionary Road.

He referred to his “crazy” audition process as “a real cloak-and-dagger-like experience” because of the enforced confidentiality surrounding the film.

Heartthrob: David Harbor has revealed that Madonna called him to audition for one of the flop movies she directed after finding him ‘sexy’

Apparently, a female casting director called him up and said, “They’re putting together a top-secret movie read-through, but all you have to do is come to St. Regis and enter this room and everything will be revealed.” ‘

David, who viewed the prospect as “weird and creepy,” wondered why “they want me,” and the casting director initially declined to say.

Then she revealed, “Well, the director really liked you in this movie Revolutionary Road. You kind of have a sex scene in it and she thought you, you know – THEY thought you were sexy,” David recalled, correcting the quote. 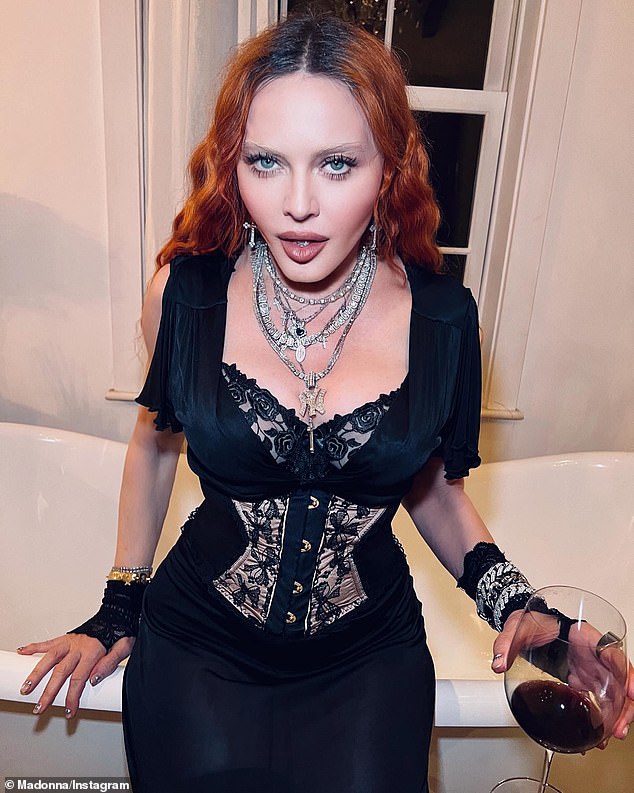 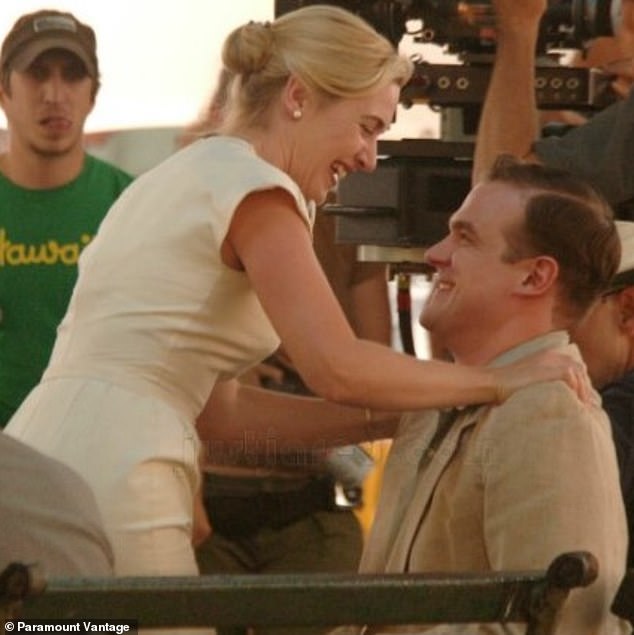 Filmmaking: David, 47, shared that Madonna was seduced after watching his steamy love scene with Kate Winslet in Revolutionary Road; David and Kate are pictured on set 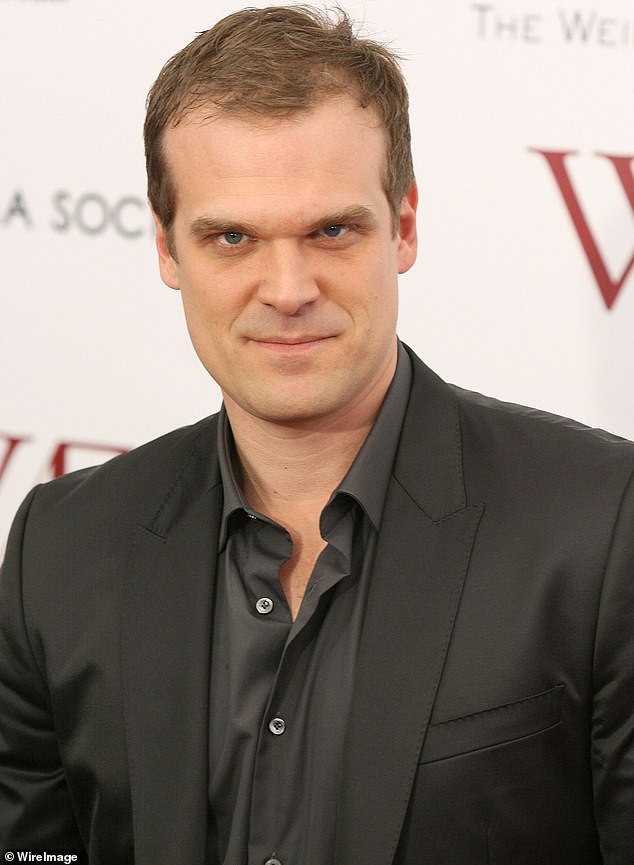 Throwback: David played Ernest, Wallis Simpson’s discarded husband, in WE, Madonna’s 2011 film about the love affair that led to Edward VIII’s abdication; he is pictured at the premiere 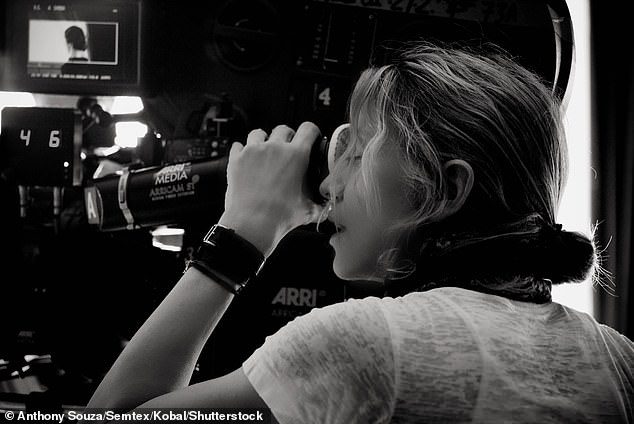 At the helm: Madonna has been pictured on the set of WE, which bombed at the box office and was ripped to shreds by the critics with a dismal 12% rating on

He spent the weekend before reading through thinking he was going to sit down with a filmmaker along the lines of Martin Scorsese or Ridley Scott.

However, upon walking into the St. Regis, he was confronted by a collection of “New York actors” and the Material Girl herself.

“I mean, the first thing that hit me was before she even opened her up — I was like, ‘Wow, Madonna thinks I’m sexy,'” he confessed. ‘I was very excited about that.’

The reading “was a really poignant, exciting experience,” he said, adding that Madonna “wanted everyone to call her M at the time,” but because he was “cocky” and “a punk kid,” he continued to rebelliously slip away from her usual. name in the conversation.

David was sweet to Madonna from the age of 11, when he saw her raunchy music video for Open Your Heart starring her as a peep show dancer.

In the music video, Madonna also interacts with a little boy – possibly her son – who has unsuccessfully tried to enter her performance venue.

She rejects all grown men who have toiled at her and finally jumps off into the sunset holding hands with the little child.

“And there I am standing in this, you know, boardroom at the St. Regis and it all comes back and I’m there with a bowler hat like, ‘I’m going to run off with you into the distance!’ he said, referring to the costumes from the music video.

Jimmy raised the possibility that the little boy was her son “waiting for Mama to get off work,” and David said sheepishly, “I didn’t interpret it that way.”

David was under no illusions about WE, calling Madonna “a genius in many fields” while mildly saying, “The movie wasn’t a great movie.”

Even during production, he confessed that “we had an inkling” about how the final product was likely to turn out.

WE bombed at the box office and was ripped to shreds by the critics with a dismal 12% rating on the review aggregate Rotten tomatoes. 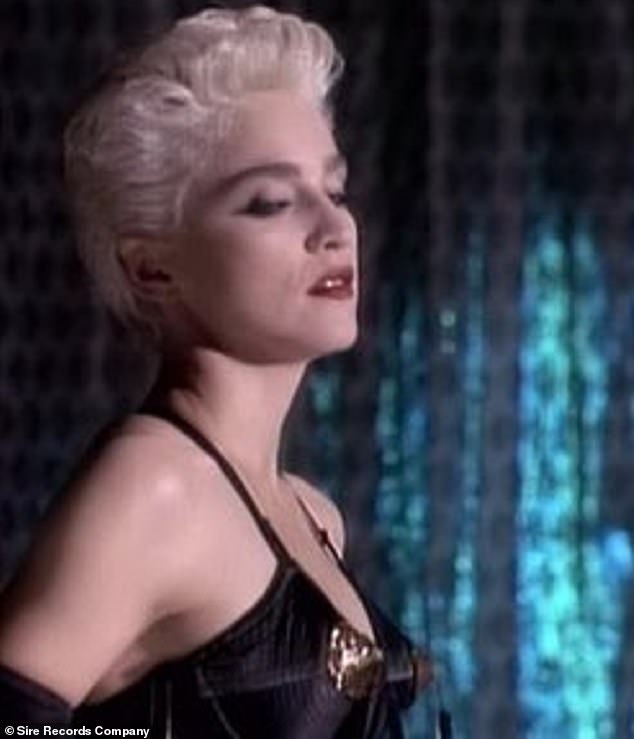 Throwback: David was sweet to Madonna from the age of 11, when he saw her raunchy music video for Open Your Heart (pictured) starring her as a peep show dancer

David is currently married to English pop act Lily Allen, who has been scathing about Madonna several times over the years.

The year WE came out, Lily commented in a Channel Four documentary that she didn’t want to be a pop star like Madge until old age.

“My idea of ​​hell would be to do this in 25 years,” she said. “I don’t want to be like Madonna, look at her, she’s crazy. No offense, but that’s not what drives me. I want to get married and have kids and make sandwiches that cut the crust off.’

Half a decade earlier, when asked by GQ to name the most overrated figure in pop history, Lily infamously mentioned Madonna. 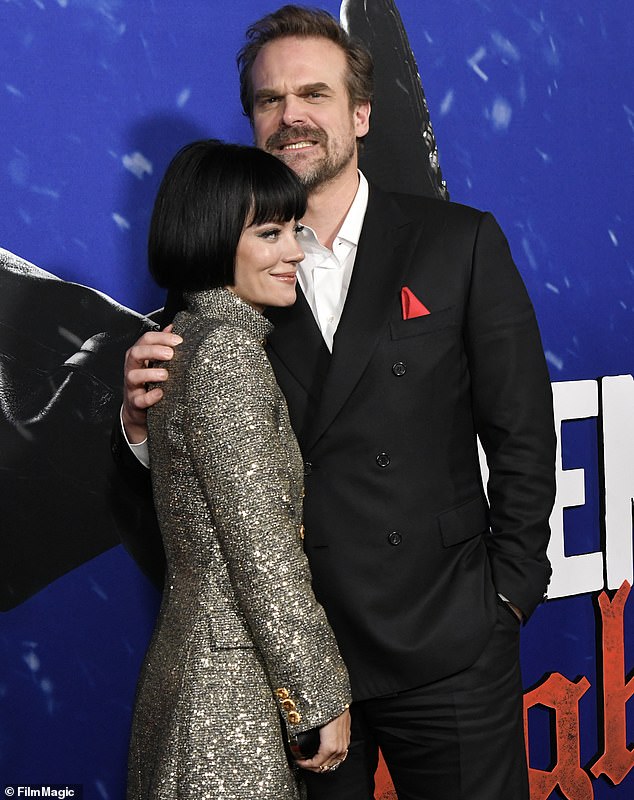 ‘Madonna, look at her, she’s crazy’: David is currently married to English pop act Lily Allen, who has been scathing about Madonna several times over the years

“I don’t have anything against her at all, but I don’t think there’s anything she’s done since the early eighties like, ‘wow,'” Lily said. “She may have meant something once, but I don’t know many people my age who care.”

Antonio Banderas told Harper’s Bazaar a few years ago that Madonna was sweet to him in the 1990s, too, before they starred in Evita together.

When he found out that Madonna was interested in him, he had “no idea what to do about this” since he was married. “So nothing happened,” he explained.

“I was afraid of it at the time, because she was a very powerful woman. I didn’t want to be Madonna’s boy. For better or for worse, I just wanted to have my own career.” 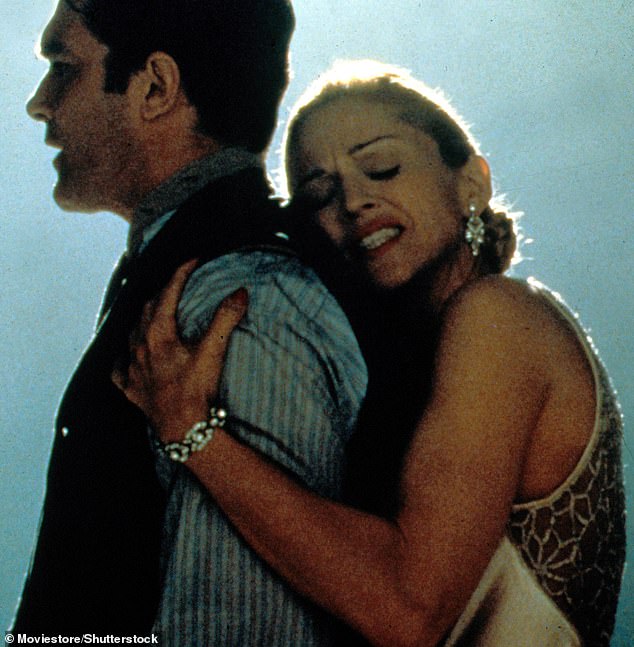 Throwback: Antonio Banderas told Harper’s Bazaar a few years ago that Madonna was also sweet to him in the 1990s, before they played together in Evita (pictured)

City workers told to stop WFH on Mondays and Fridays

Jacky - January 26, 2023
City employees have actually been prompted by Transportation for London (TfL) to quit working from house on Mondays and Fridays – after figures revealed...

The Bachelors 2023: Ex-stars hit out at Tash Candyce over shock return