Do not flatter yourself. The blame for what is possibly the worst bout of industrial disobedience in Britain since the 1926 general strike falls squarely on the belligerent antediluvian unions.

Its leaders, the far-left commissioners (many of whom earn more than £100,000 a year), are back on track.

With barely concealed gusto, they are plotting to paralyze the UK with a wave of damaging coordinated strike action unless the government relents to their outrageously unaffordable wage demands.

Yesterday, Border Force guards joined rail and highway workers, nurses and ambulance drivers, and many others, in announcing a winter strike.

What hope can there be of persuading the likes of RMT leader Mick Lynch to enter the real world?

Isn’t Christmas supposed to be the season of goodwill? Not for cynical union moguls. For them, it is an opportunity to point a metaphorical gun at the head of the country in an attempt to achieve their selfish ends.

The strikes will deal a catastrophic blow to our economic recovery, jeopardizing countless businesses and jobs.

But what hope can there be of persuading the likes of RMT frontman Mick Lynch to enter the real world when politicians have so often coddled them?

For 12 years, Conservative governments have vowed to stand up to these spoilers. And for 12 years they have not acted (David Cameron even shamefully watered down anti-strike legislation in exchange for unions supporting staying).

So while the Mail welcomes Rishi Sunak’s promise to introduce tough laws to tackle misery-causing strikes, you must excuse us for not holding our breath.

For the desperate public, it’s hard to tell which is more despicable: the far-left trade unions who don’t mind ruining Christmas, the Labor Party cynically pocketing their millions, or the Tory government who can’t seem to stomach it. to them. .

a question of rights

It hardly took Sherlock Holmes to deduce that the Albanians who crossed the Channel in boats were economic immigrants. Still, it’s useful to hear the Albanian ambassador to the UK admit it.

But this still leaves us with the thorny problem of how to stop illegal immigrants who abuse human rights laws to stay here.

Attorney General Dominic Raab’s Bill of Rights was designed to help facilitate deportations, but sadly it is being shelved.

However, if getting rid of such important and time-consuming constitutional legislation means ministers can focus like a laser on successfully tackling the small boat scandal, thoughtful voters won’t complain.

While the government is hesitant to tame the unions, it has shown commendable audacity in approving a new coal mine in Cumbria. This is a sensible decision.

The mine will provide coking coal for the British steel industry, create some 2,500 jobs in an area desperate for an economic boost and raise huge tax revenue.

The green lobby, unsurprisingly, erupted in fury. But how would activists prefer that we meet our domestic needs?

The alternative, transporting coal halfway around the world on freighters that spew emissions, is infinitely worse.

Sydney fortune teller accused of scamming thousands of mothers, telling them they are cursed 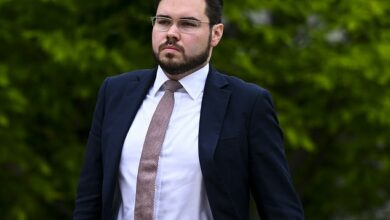 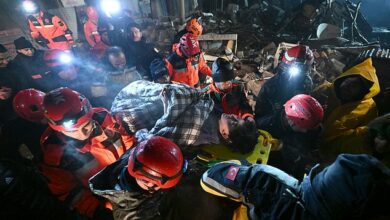 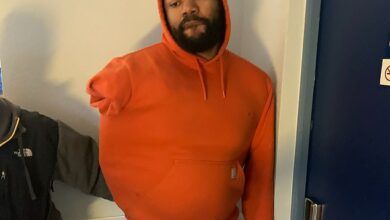 Mystery as police search home after missing Kaitlyn Easson, 11, is found ‘alive and well’
14 mins ago