Major Aussie food company issues dire warning about the costs of your supermarket store – the price of groceries has risen 8.8% in the last month alone

By Liam Beatty For Nca Newswire

Metcash, which supplies products to supermarkets including IGA and Foodland, revealed the significant price increases as it announced its financial results on the ASX on Monday.

The wholesaler reported an 8.2 percent increase in sales in the first half of fiscal year 2022/2023, while net profit fell by 2.4 percent – which the company attributes to rising costs.

Group CEO Doug Jones said the company has performed well since July with strong growth, despite the impact of rising inflationary pressures. 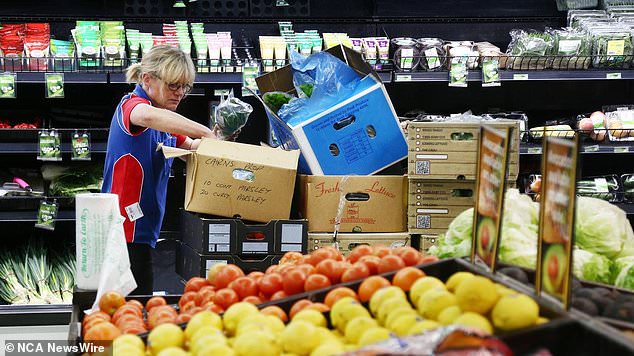 Food prices rose 8.4 percent in October, then accelerated by 8.8 percent the following month (pictured, a supermarket in Queensland)

“It was another pleasant half year for Metcash with strong revenue and profit growth despite higher inflation and the impact of extended lockdowns,” he said.

“We prioritize volume growth… to keep our retailers competitive, especially as they face their own cost pressures.”

However, the inflation report showed that wholesale food prices rose rapidly from 4.9 percent in the first quarter to 7.4 percent in the second quarter.

Metcash cautioned that uncertainty remains about future levels of inflation and how the impact on the cost of living could change consumer behavior.

University of Melbourne associate professor of economics Sam Tsiaplias said consumers are likely to feel the effect of higher wholesale prices at the checkout.

“There is no clear link between the producer price index and the consumer price index, but I expect some to flow through to consumers,” he said.

“There is no clear sign of inflation slowing down, but it would be strange if we were to take big leaps from inflation of 7.3 percent in the September quarter.” 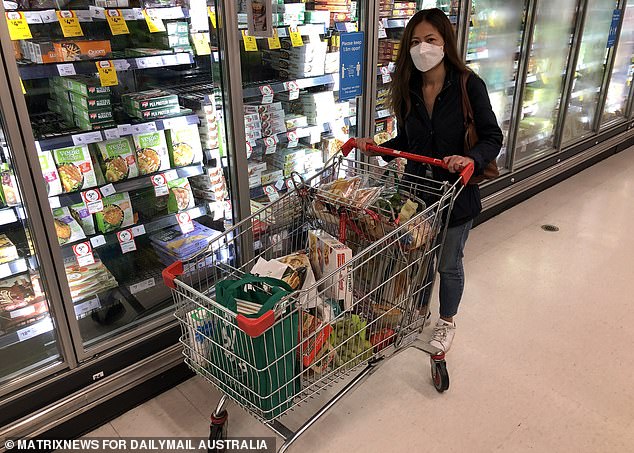 The inflation report revealed that wholesale food prices rose rapidly from 4.9 percent in the first quarter to 7.4 percent in the second (pictured, a Sydney shopper)

“As inflationary expectations rise, people tend to think more about what they are buying and in some cases that leads them to postpone major purchases,” he said.

“I certainly expect the trend to continue in December.”

In the inflation report, Metcash said the “extensive” supply chain problems that plagued the first half of 2021 had eased, but the threat of further disruptions remained.

Mr Jones said the group’s outlook indicated that rising fuel, freight and labor costs alongside possible additional supply chain disruptions would remain a risk in the second half of the financial year.

“There was some improvement in the extensive supply chain challenges we experienced in fiscal year 2022, and our business again showed resilience and flexibility,” he said.

“General network health continued to improve, with retailers operating with a high level of confidence and reinvesting to further improve the quality of their stores.”