Protests have erupted across China in recent days amid growing public frustration over the government’s zero-COVID strategy, which has led to repeated lockdowns and severe restrictions on daily life.

Demonstrations and vigils have been held in many cities, including the capital Beijing and the country’s largest city and financial center Shanghai.

Protests taking place in so many cities and uniting around a single issue are rare, coming just weeks after President Xi Jinping was confirmed for a third term.

Some of the protesters in Shanghai have chanted slogans for him to leave.

“It’s definitely unusual that there are so many different cities across China demonstrating right now,” Moritz Rudolf, a fellow at the Paul Tsai China Center at Yale Law School, told Al Jazeera. “There are students protesting, workers protesting, and this is quite unusual to see right now.”

Here’s a closer look at what’s going on:

When did the protests start?

The trigger for the latest demonstrations appears to be a fire on Thursday in Urumqi, the capital of the western region of Xinjiang.

Ten people died in the fire and protesters blame a prolonged COVID-19 lockdown that they say hampered attempts to rescue residents of the high-rise building.

Crowds in Urumqi took to the streets on Friday night, chanting “End the lockdown!” according to unverified videos on social media.

Anger previously bubbled to the surface in September after a bus carrying people to a coronavirus quarantine center in southwestern China crashed, killing 27 of the passengers and injuring 20.

In the early phase of the pandemic in Wuhan, the death of a doctor, Li Wenliang, also sparked a wave of anger. Dr. Li, a 34-year-old ophthalmologist, was one of the first people to raise the alarm about the possible new virus, but was detained by the police. He died in February 2020.

Where have the protests taken place?

The latest protests have been reported in at least eight cities across China, including Beijing, Shanghai, Chengdu, Wuhan, Nanjing and Lanzhou. Students from the University of Hong Kong also held a small demonstration on Sunday night, according to Al Jazeera correspondent Patrick Fok, and there have been solidarity rallies outside Chinese embassies abroad.

Many of the protesters have taken to holding up sheets of white paper.

“The white paper represents everything we want to say but can’t say,” Johnny, 26, who took part in one of the protest demonstrations in Beijing, told Reuters news agency.

“I came here to pay my respects to the victims of the fire. I really hope that we can see the end of all these COVID measures. We want to go back to living a normal life. We want to have dignity.”

In Hong Kong in 2020, activists also held up blank sheets of paper in protest to avoid slogans banned by the national security law that Beijing had imposed that year following mass protests in 2019 that sometimes turned violent.

Demonstrators in Moscow have also used them this year to protest against the Russian invasion of Ukraine.

Why are people not happy with the zero COVID approach?

China’s strategy to contain the virus is much tougher than the approach much of the rest of the world is now taking because its ultimate goal remains to eliminate the virus entirely.

Obviously, that’s much more difficult now that the virus has evolved and become more contagious; indeed, the World Health Organization has described it as “unsustainable” but Beijing has shown no willingness to stray from its so-called zero-COVID strategy.

President Xi has said it is necessary to save lives and protect the vulnerable: many of the country’s people over the age of 80 have not received both vaccines, let alone a booster.

Under the zero COVID policy, lockdowns are imposed in places where cases have been confirmed, contacts live or have visited.

Confirmed cases are brought to centralized quarantine centers, and those living near them are subjected to massive testing and draconian restrictions on their daily lives.

These go well beyond any of the restrictions imposed in many Western countries during the height of the pandemic.

Residents are confined to their homes and not allowed to leave, with businesses and schools closed and transportation suspended. Generally, barricades are erected around the affected districts and food is provided to the affected residents.

Since lockdowns are often imposed suddenly, tourists can also find themselves trapped in them and unable to return home, sometimes for weeks.

Authorities have also been known to place cameras outside people’s front doors or even weld them shut.

Pets have emerged as another point of contention, with reports of animals being exterminated in enclosed areas in Shanghai and other cities.

What could happen next?

Chinese censors have been busy trying to remove protest-related images and posts that have appeared on the country’s popular Weibo and WeChat platforms (access to sites like Twitter is blocked in China).

On Sunday morning, the hashtag “white paper exercise” was blocked on Weibo.

“If you are afraid of a blank sheet of paper, you are weak inside,” commented one Weibo user.

On Sunday night, the Shanghai police began arresting protesters and taking them away on a bus.

A BBC journalist covering the demonstration in the city was also attacked and detained. The announcer said that he was released after a few hours.

However, analysts say authorities may be wary of taking a tougher response.

“I think the question of where it will go is really important, because so far the state has not reacted,” William Hurst, a China expert at Cambridge University, told Al Jazeera.

“I think that a conservative or coordinated crackdown would be extremely risky and extremely expensive. So I think what they’re really looking to do is wait and hope it fails, and it very well may fail in the next few days.”

The other question is how you could handle COVID-19 given the level of public exasperation over the current policy.

“The government is in a real bind,” James Crabtree, executive director of the IISS-Asia think tank, told Al Jazeera. “There doesn’t seem to be an obvious way out of the COVID impasse they find themselves in.”

With reporting from Erin Hale in Taiwan 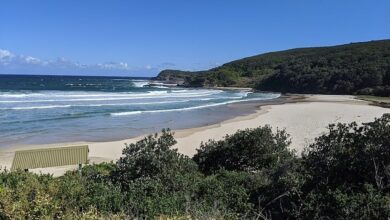 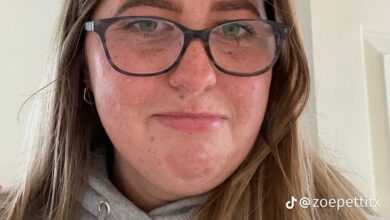 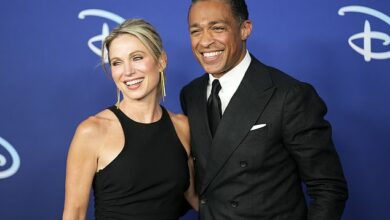 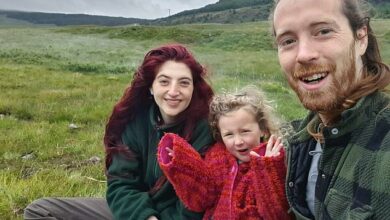 Derek Chisora gifted his drug-dealing cousin designer clothes to ‘tide him over’, court hears
21 mins ago