She stopped by the set of Good Morning America to talk about her 22-year marriage to Michael Douglas earlier in the day.

And Catherine Zeta-Jones was later spotted in New York City on Wednesday wearing the same striking blue dress she wore for her television appearance.

The 53-year-old actress flaunted her age-defying figure in the elegant look as she walked back to her apartment in the Big Apple.

Catherine showed off her long, toned legs in the royal blue dress, which reached to her knees. 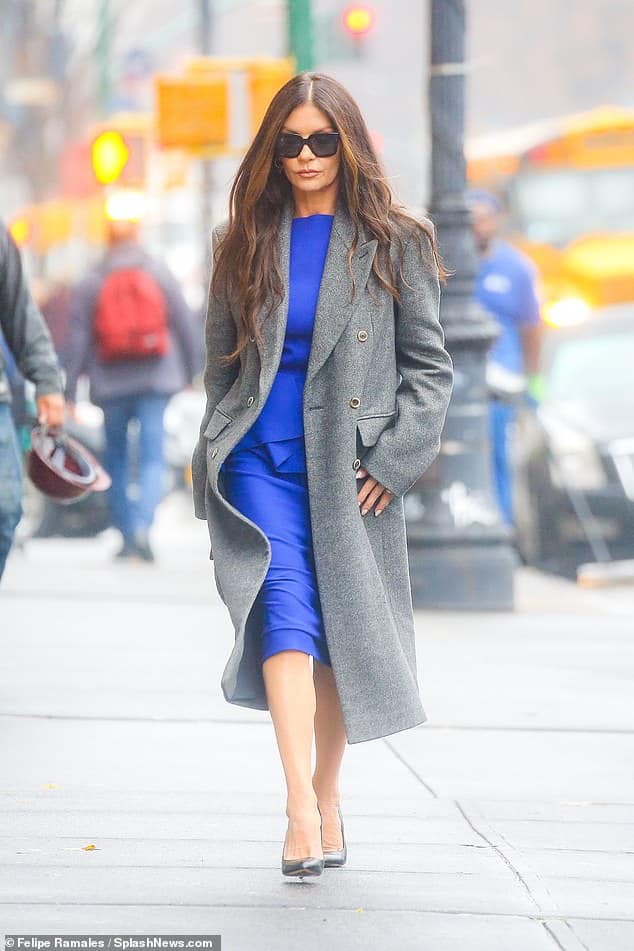 Blue mood: Catherine Zeta-Jones, 53, looked effortlessly elegant in a blue dress as she returned to her New York City apartment on Wednesday

The streamlined outfit featured striking ruffles across her midriff and had short sleeves, which were covered by her gray double-breasted overcoat with pointed lapels.

She boosted her height to 5’7″ with a pair of classic black pumps, and wore her dark brown locks parted in the middle, her hair draped over her shoulders in thick waves.

The Traffic actress completed her elegant ensemble with chunky black sunglasses and a padded black clutch.

Earlier in the day, she spoke to GMA about how she never expected her marriage to Michael Douglas to be so durable. 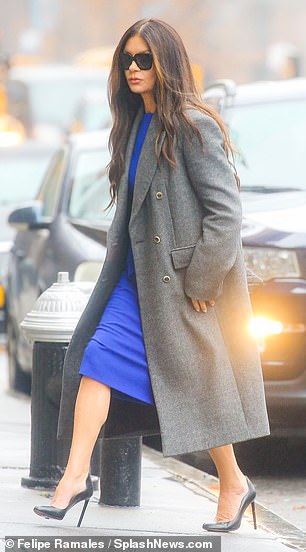 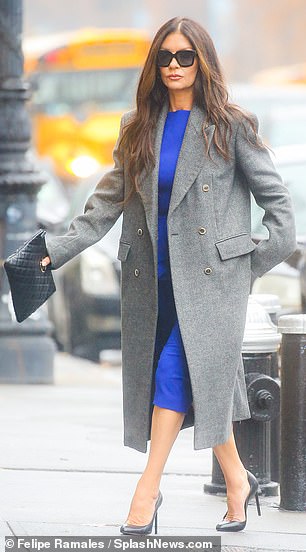 Stunner: The streamlined outfit included striking ruffles across her midriff, which were partially covered by her gray double-breasted overcoat. She also increased her stature with black pumps 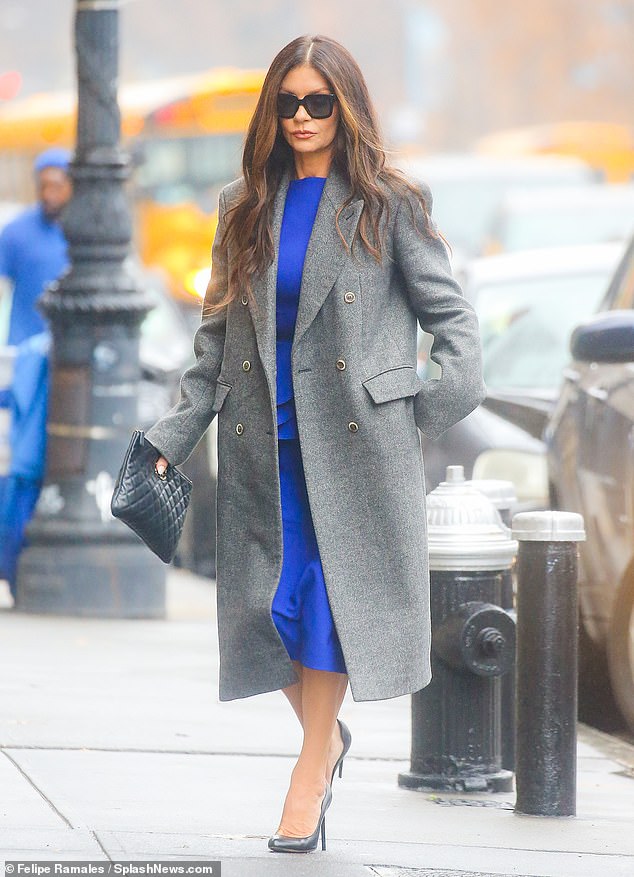 On point: The Traffic actress completed her elegant ensemble with chunky black sunglasses and a padded black clutch

Host Robin Roberts got the ball rolling when she asked Catherine if she or her 78-year-old husband was the better gift giver.

In a response that sent Roberts and her fellow GMA hosts, Michael Strahan and George Stephanopoulos, into hysterics, she admitted it was Michael, joking that she peaked relatively early.

“I think it must be Michael. I peaked… around year eight,” she joked. “I did, had I known I was going to be married that long I would have held back. I hadn’t imagined a 22-year-old. This is Hollywood, man.’

Zeta-Jones, who was there to promote her new Disney+ show National Treasure: Edge of History, went on to reveal the gift she had peaked at.

“I bought him a hot rod… a 1930s coupe – Michael, I’ll misunderstand, I’m sorry – it looks like a Bugsy Malone car, it’s really awesome and then I peaked. It’s been socks ever since,’ she said.

The Welsh actress added that Douglas was good at giving jewelery which was “something I really loved and cherished and of course the sentimental value of it.” 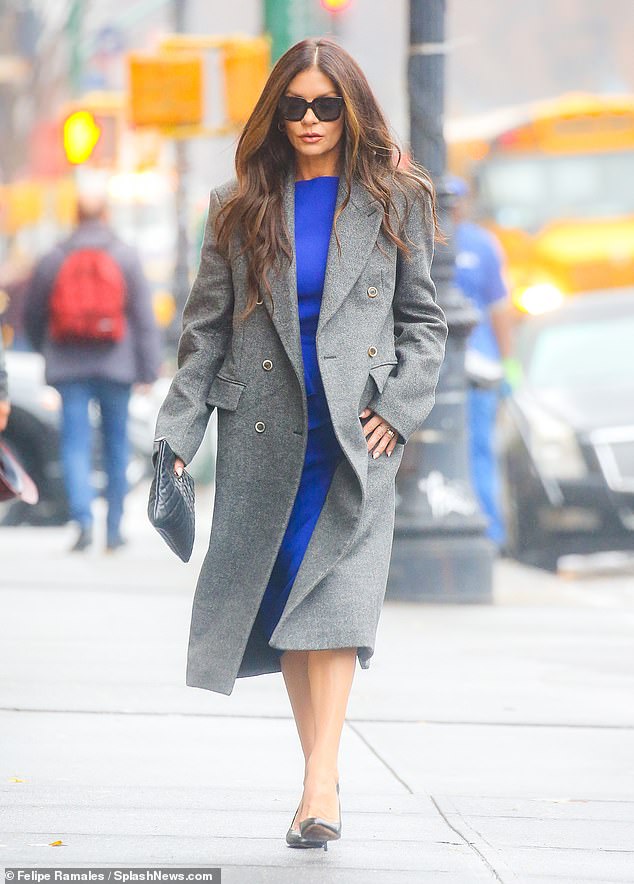 Making it work: Earlier in the day, she spoke to Good Morning America about how she never expected her marriage to Michael Douglas to be so enduring 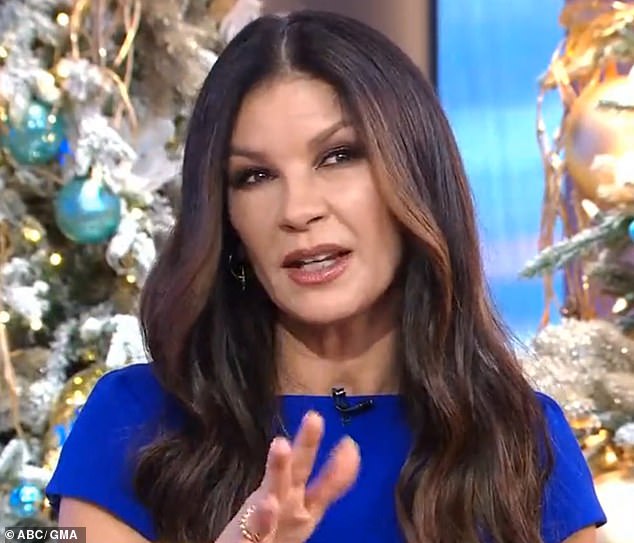 Laughter: After Robin Roberts asked if she or husband Michael Douglas was the better gift giver, she joked that she “peaked… around year eight”

Catherine Zeta-Jones says husband Michael Douglas is better at gifts than she is: “I peaked around year 8. If I’d known I’d be married that long I’d have held back a bit… This is Hollywood , man!” pic.twitter.com/10sxdNLHEI

In a recent interview with the UKs The TelegraphZeta-Jones, who briefly split from Douglas in 2013 before reconciling, said it’s “impossible that there aren’t ups and downs when you live with the same person and wake up with them every day.”

“I’ve been waking up to Mike for almost 25 years. I love being married, but it’s crazy when you really think about it,” she said.

Earlier this week, Zeta-Jones gushed that her family life with Douglas and their two children is getting “better and better” every year.

She said People at the premiere of National Treasure: Edge of History in Hollywood on Monday night, it was “just wonderful” to spend time with her family.

Accompanied by her son, Dylan, Zeta-Jones said, “I love every minute with this man. Well, he’s a good son. It’s simply the best.

“I mean, every year gets better and better and with such good friends, I think, in our family, which is great.” 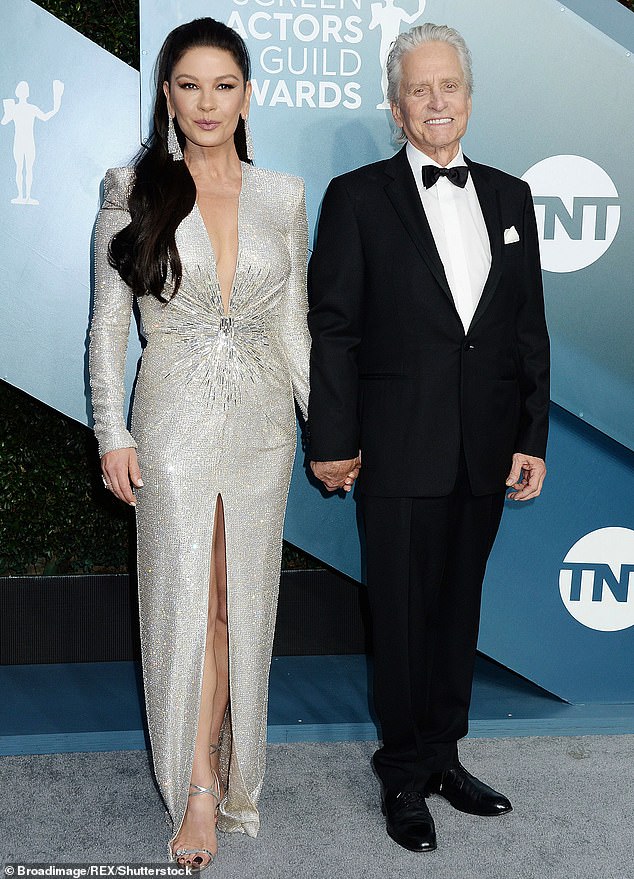 She said she bought her 78-year-old husband “a 1930s coupe – Michael, I’ll misunderstand, I’m sorry – it looks like a Bugsy Malone car, it’s really great and then I peaked.” Since then it’s been socks’; seen in January 2020 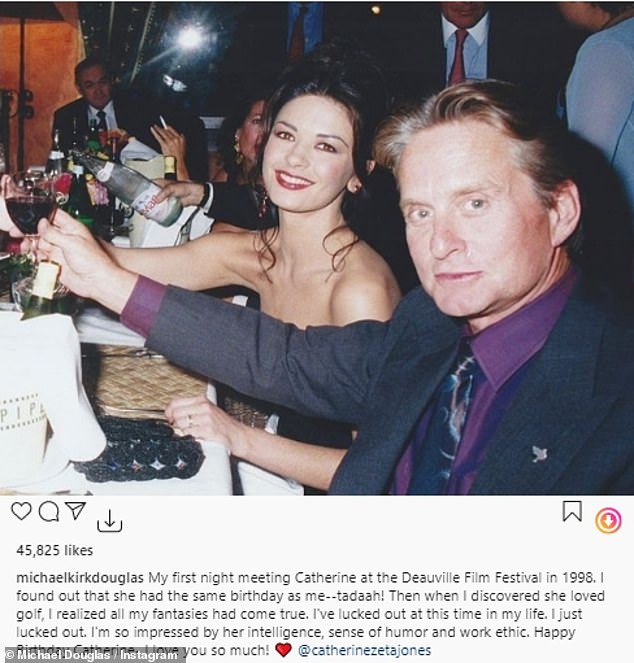 Highs and lows: In a recent interview with Britain’s The Telegraph, Zeta-Jones, who briefly split from Douglas in 2013 before reconciling, said it’s “impossible that there aren’t ups and downs when you’re living with the same person and wake up’. every day with them.’ 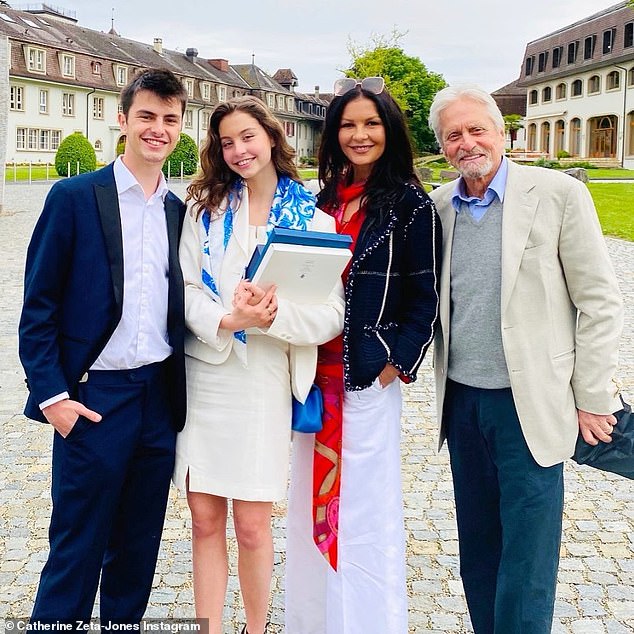 Family: “I love every minute with this man,” she told People about Michael on Monday. The couple share two children, son Dylan and daughter Carys (pictured)

She also told People that her family would be spending the holidays together.

“It’s always best to have our little core back together,” said the 53-year-old.

The couple, who had the same birthday but were 25 years apart, got engaged in 1999 when he proposed on a New Year’s Eve trip in Aspen and welcomed their first child, Dylan, together the following year before marrying three months later.

But things haven’t always been smooth sailing for the Hollywood power couple with Douglas being diagnosed with cancer and the brief divorce. 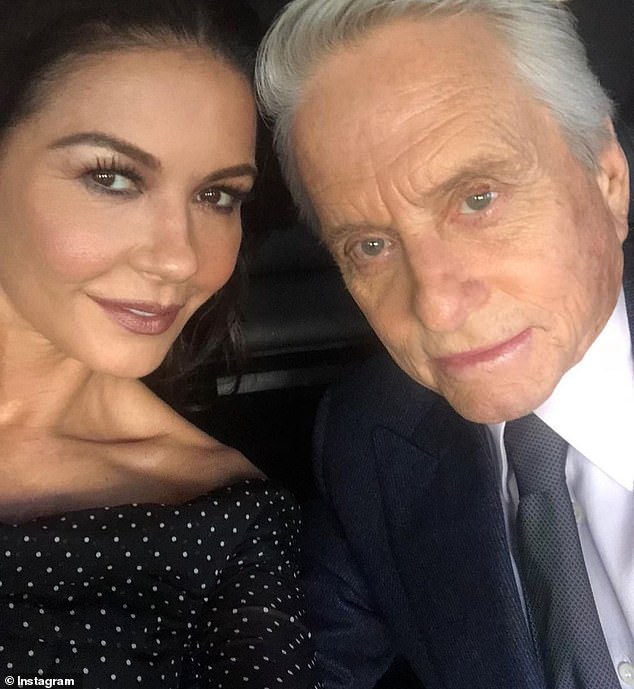 Holding on: The couple briefly split in 2013 but reconciled a short time later

Speaking of the couple’s 2013 divorce, Douglas told The Ellen DeGeneres Show in 2015, “It can’t be a one-way street.

‘But I’m crazy about her. And yes, I think every couple has their rough times. The only problem, as you well know, is that we’re all in the public eye, and it tends to be a bit more exposed than most others.

“But we’re back stronger than ever.”

Douglas also has another son, Cameron, from a previous marriage. 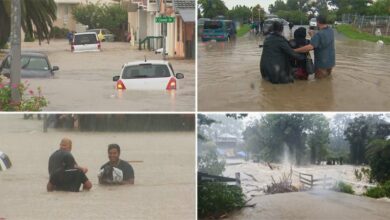 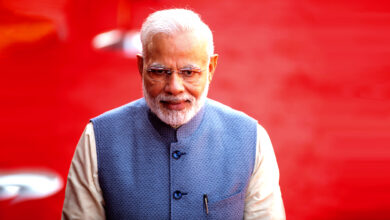 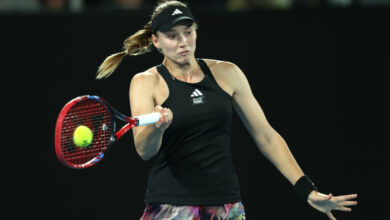 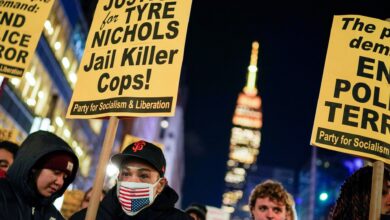 Understand why your business needs to adopt the new CCPA regulations to protect privacy and consumer data?
40 mins ago