US Secretary of State Antony Blinken has vowed to oppose Israeli settlements or annexation in the occupied West Bank as former Prime Minister Benjamin Netanyahu is set to return to power.

Netanyahu has sealed a coalition deal with far-right and pro-settler parties, including religious Zionism, after his right-wing coalition won the November 1 election.

Palestinians fear more illegal settlements will be built in the occupied West Bank and East Jerusalem under Netanyahu, who saw record settlement expansion during his 12-year term as prime minister until 2021.

The settlements are considered illegal under international law and are seen as an impediment to the realization of a future Palestinian state as part of the two-state solution.

Religious Zionism, which supports settlement expansion and opposes Palestinian statehood, has been given a post to oversee settlements in the occupied West Bank in the new coalition.

Speaking with J Street on Sunday, a left-leaning pro-Israel advocacy group in the United States, Blinken congratulated the veteran Israeli leader, who has clashed with previous Democratic administrations in Washington.

“We will evaluate the government by the policies it pursues rather than individual personalities,” Blinken said.

But he said President Joe Biden’s administration would work “tirelessly” to preserve a “horizon of hope,” however dark, for the creation of a Palestinian state.

“We will also continue to unequivocally oppose any act that undermines the prospects for a two-state solution, including, but not limited to, settlement expansion, moves toward annexation of the West Bank, disruption of the historic status quo of holy sites, demolitions and evictions. , and incitement to violence,” Blinken said.

He said the Biden administration will insist on “fundamental democratic principles, including respect for the rights of LGBTQ people and the equal administration of justice for all citizens of Israel.”

Far-right groups in Netanyahu’s coalition will include Noam, whose leader, Avi Maoz, is strongly opposed to LGBTQ rights.

Ben-Gvir’s record includes a 2007 conviction for incitement to racism against Palestinians and support for terrorism, as well as anti-LGBTQ activism.

He says he no longer advocates the expulsion of all Palestinians, only those he considers “traitors” or “terrorists.” Until a few years ago, Ben-Gvir kept in his living room a portrait of Baruch Goldstein, who massacred 29 Palestinian worshipers in a Hebron mosque in 1994.

Jeremy Ben-Ami, the chairman of J Street, told reporters the State Department had “a strong case” for considering Ben-Gvir persona non grata and that the US administration should consider not dealing with other extreme environment officials.

‘There is no substitute’ for peace

The Nov. 1 election was Israel’s fifth in less than four years and came after the collapse of Lapid’s diverse coalition that tried to keep out scandal-plagued Netanyahu.

Any further attempt by Israel to seize the occupied West Bank could run counter to promises Netanyahu made in 2020 to the United Arab Emirates, which became the first Arab state in decades to recognize Israel.

Netanyahu and the administration of then US President Donald Trump hailed the so-called Abraham Accords as a key achievement.

Three other Arab nations quickly followed up by discussing ties with Israel, whose trade relationship with the United Arab Emirates has skyrocketed in the past two years.

Receiving some of the biggest applause from J Street, Blinken said: “For all its benefits, normalization between Israel and its neighbors is not a substitute for building peace between Israelis and Palestinians.”

“We have been trying to reach a two-state solution for decades, and yet it seems that we have only moved further from that goal,” he said.

But he warned not to “succumb to cynicism” and to continue working for peace.

The United States has not made any significant diplomatic effort to broker a two-state solution since Barack Obama’s presidency, and Biden administration officials are privately skeptical that they can reach a deal with Netanyahu. 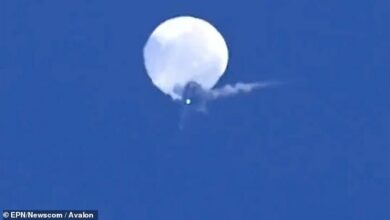 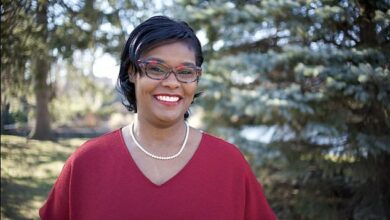 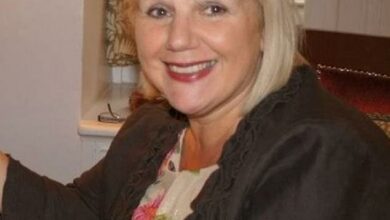 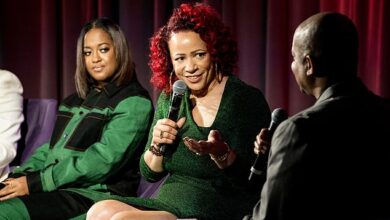