Atlanta is the capital city of Georgia and the most respected center of the Southern United States in practically every way. The town began as a military outpost, later evolved into an early railway junction before becoming a large commercial center. Atlanta has grown its importance as a significant commercial and cultural area with an essential air traffic hub in these modern years. Some of the world’s most well-known companies, such as Coca-Cola and CNN, have their headquarters in Atlanta. It is a large and dynamic city with enough attractions and activities, where people from all around the world visit to experience America’s Southern charm.

The tourism attractions include historic structures, museums, and gardens, and they vary from the arts to sports.

With this list of Atlanta’s best sightings and activities to do, you will be able to organize your trip with ease.

The park lies in the heart of the city of stone mountain, Georgia, right outside of Atlanta. The popular destination is full of creative inspiration and beauty. Stone mountain is also often regarded as Atlanta’s Backyard because of its astonishing beauty seen along hiking and walking trails. It is one of the most popular destinations to visit since it is the world’s giant exposed granite piece, making it a wonder of the world. The stone is technically a quartz monzonite, a type of rock that looks similar to quartz formed by rising magma erupting from the Earth’s crust. On the east edge of the hill is an engraving of the three Confederate leaders:

Apart from the historic carving, other stone mountain attractions to enjoy in its park are:

It’s a museum at the bottom of the hike-up route. The monument informs park visitors and locals about Stone Mountain’s unique geology and ecology. It also gives a chance to enlighten visitors with the historical aspects of the Georgian war. In addition, a documentary about the history of Georgia’s Civil War plays in the theatre, and guests can visit the display gallery.

Another feature of the Stone Mountain amusement park is this railroad. The scenic railroad is a 5-mile train trip that has open wagons. It is a comprehensive 20th-century locomotive engine that circuits through the park.

It takes around twenty-five to thirty minutes for the train to complete its journey. You may travel to the train terminal to see the precise departure time to make the experience even more lifelike, as the scenic railroad maintains a rigorous timetable.

The Skyride is a high-speed transport system suspended on a continuously moving cable. The Swiss-built ascends people to the mountain summit, being more than 825 feet above the ground. The Summit Skyride cable car takes you to Confederate Memorial Carving while also allowing you to see in the Atlanta skylines.

One of the most popular things for families to do in Stone Mountain Park would be to visit the dinosaur park. The park features twenty life-size ancient creatures that move about in a specific enclosed area.

Aside from the man-made projects, the park provides a natural beauty that draws the attention of most visitors, leaving them to pay a visit again. The hike is one mile and routes up to the summit of the mountain. The Woodland trail and the Meadow trail take you on a trek to a spot where you may see unique, magnificent birds. Along the walk, you might come across inscriptions in rocks and boulders carved by the locals even before the park came into being. However, there are a few rules to abide by for ensuring you a safe visit without being a bias to your enjoyment.

It is an excellent opportunity for you to spend quality time with your children. The Georgia Aquarium brings the ocean to you. It has a diverse array of marine life as well as some fun and interactive experiences for guests. The world’s largest aquarium has over 100,000 aquatic animals consisting of the ocean’s largest sea animal, the whale shark. The trainers of the aquarium interact with California sea lions, and you can observe rare albino alligators. Although swimming with sharks may appear to be a daunting prospect. The Georgia Aquarium offers a one-of-a-kind opportunity to scuba dive or snorkel with trained sharks in their tank. In addition, the aquarium features an acrylic tunnel on all sides through which visitors can walk and see fish swimming.

The world of coca-cola is a museum showcasing the history of the coca-cola company. The museum opened in 1990 and became Atlanta’s most visited indoor attraction. A replica of the 1930s soda fountain, video displays of Coca-Cola advertising over the years, and a ten-minute film about Coke are all part of the tour. The tour features approximately one thousand Coca-Cola artifacts introduced in a chronological sequence. A ‘tastes of the states’ section allows visitors to experience twenty-two different soda drink brands.

The Atlanta Botanical Garden is a 30-acre nature reserve in Atlanta, Georgia’s Midtown district. The garden formulates into numerous smaller themed garths, each with its landscape to display a floral variety.

The garden’s purpose is to develop and preserve plant collections for exhibition, teaching, conservation, study, and enjoyment for all.

The city’s core, Atlanta’s Midtown and Downtown neighborhoods, are the finest places to stay for tourists, especially those who wish to be within walking distance of the major attractions. The on-site spa, in particular, provides five-star treatment to match the standards of a luxury hotel. Most hotels offer top-notch care and lodgings in spectacular glass high-rises providing the whole city’s view. The master rooms feature a fully supplied mini-fridge and complimentary skincare products in the bathroom, as well as an indoor pool and fitness center. Moreover, the bathrooms feature marble walls with separate showers and bathtubs.

After a long day of shopping at some of the city’s most exclusive stores, the patio is a calm place to unwind. In addition to the resort’s restaurant, other various dine-ins have food available from most cultures for you to feel more like at home.

Top 5 Cities to Visit in Spain

Top 5 Cities to Visit in Spain

Nick Carter is seen for the first-time since 2001, when he was accused of raping a disabled lady. 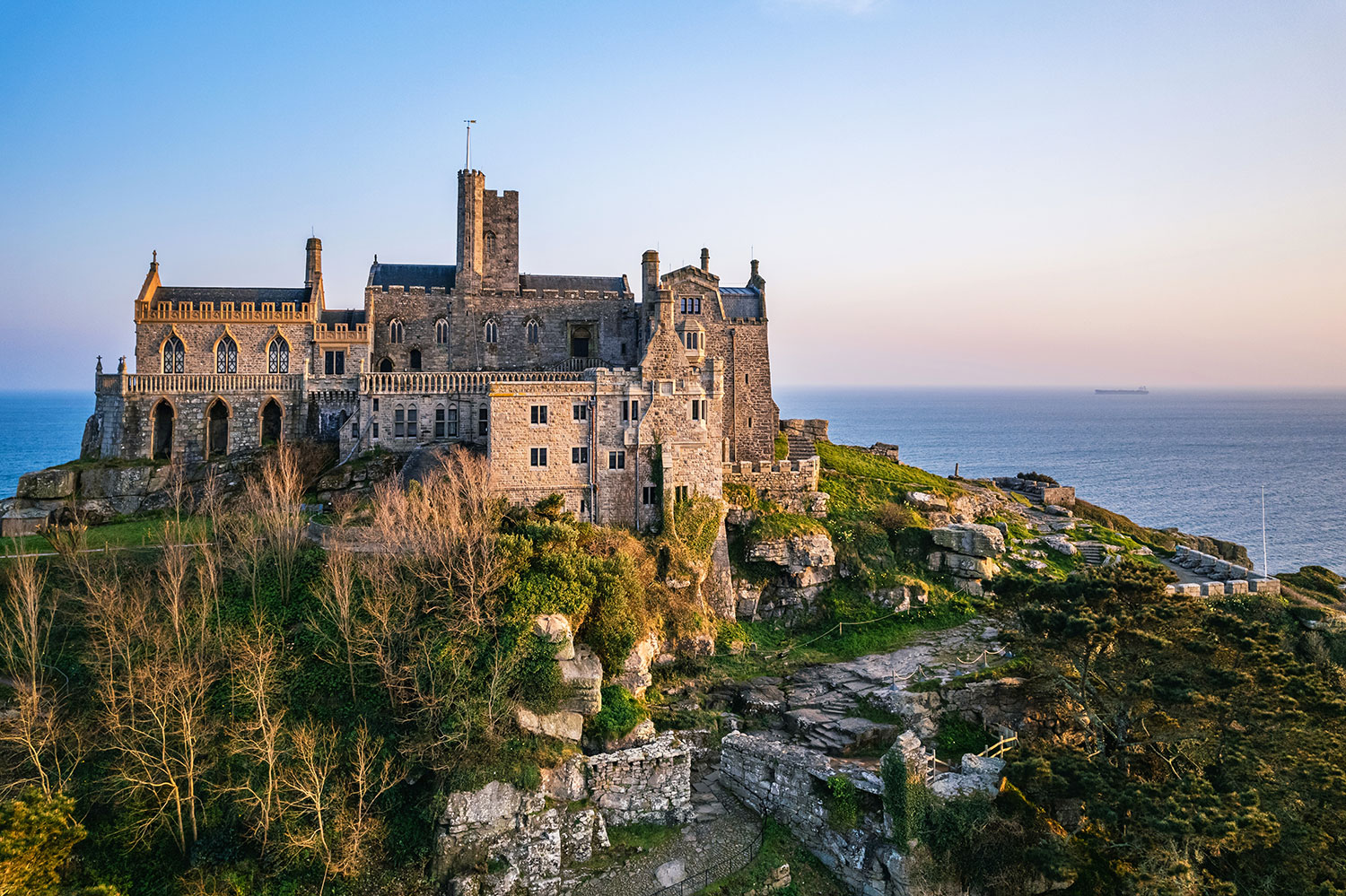 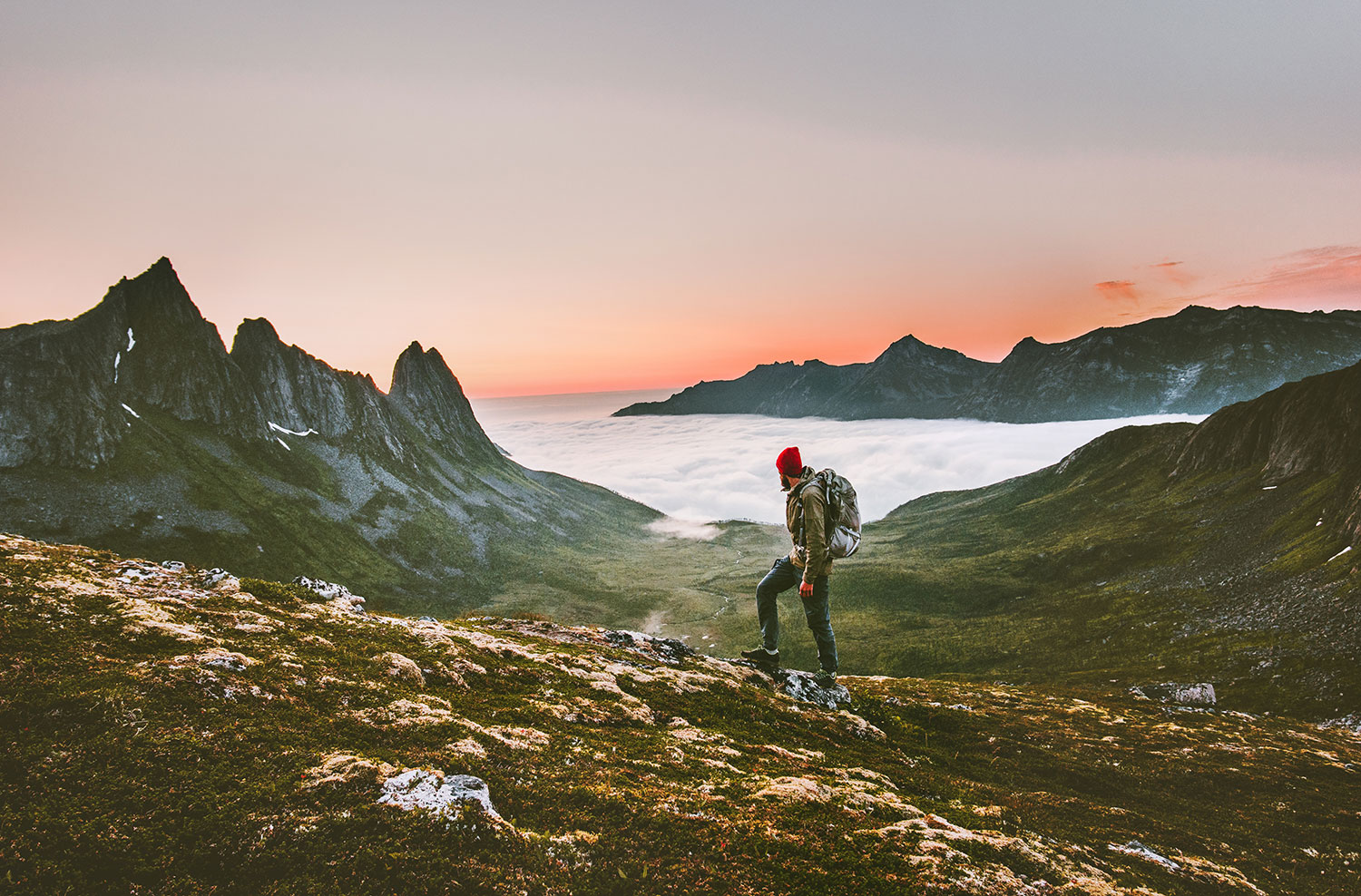 Walks of a lifetime: 6 epic mountain hikes across Europe you need to try 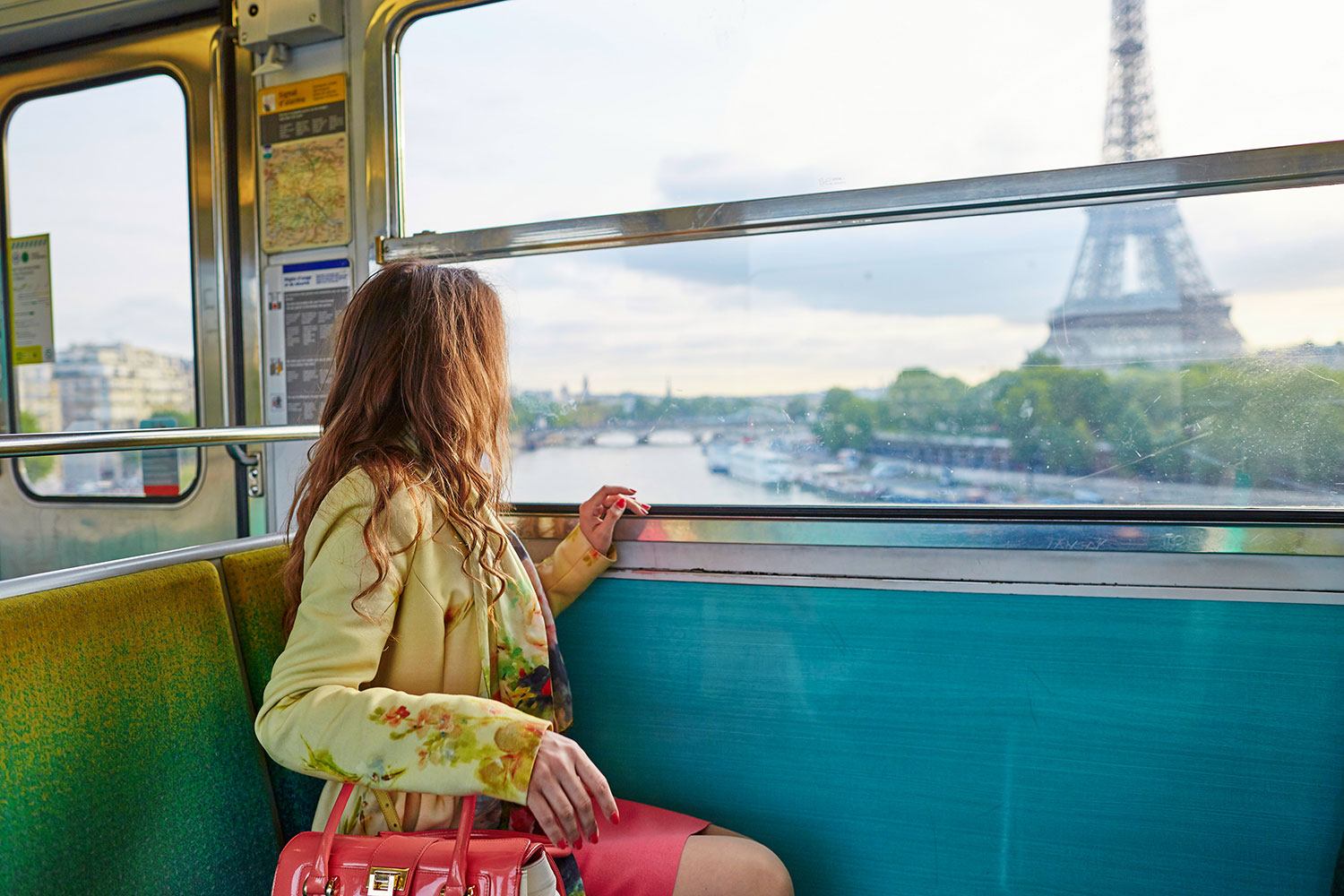 Easy does it: 10 of the best short breaks in Europe by train and ferry 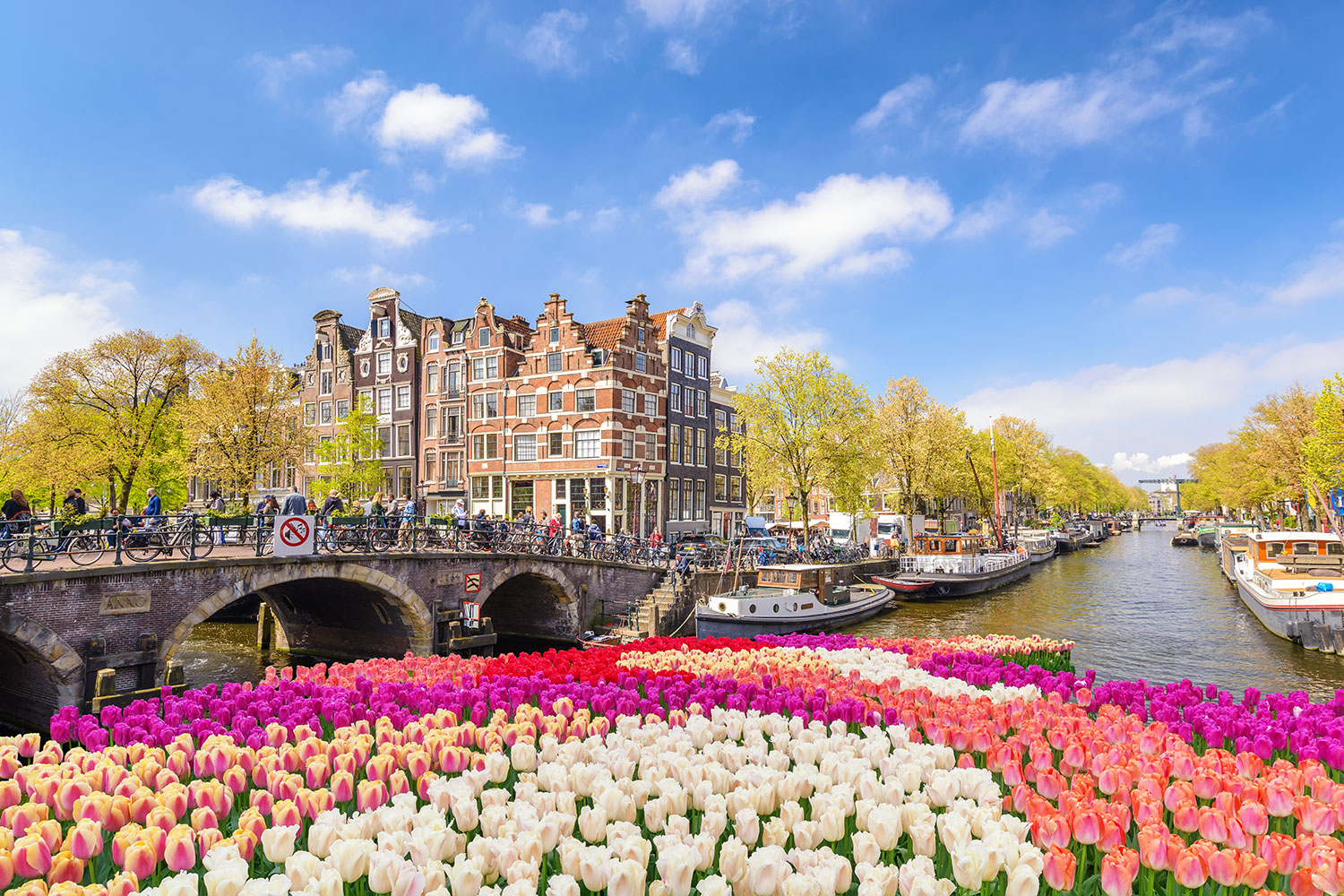 ‘An abundance of blooms’: readers’ best spring flowers in the Europe

Teenage girl, 16, mauled to death by a shark s is identified, Swan River, WA
28 mins ago

MAFS: Jackson Lonie goes for a dip in the ocean with co-star Mitch Eynaud on the Gold Coast
28 mins ago