A survivor of the Bali bombings has criticized claims that one of the masterminds behind the horrific 2002 attack was dismissed as “fantastic” after he was released from prison 10 years earlier.

Peter Hughes was with friends at Paddy’s Bar in Kuta’s party district on the night of October 12, 2002 when a bomb hidden in a backpack went off inside the venue.

A car bomb outside the nearby Sari Club went off seconds later, followed by a third outside the US embassy in Denpasar, with the three bombs killing 202 people, including 88 Australians.

Indonesian authorities announced Wednesday that Umar Patek, 55, the top bombmaker for the Jemaah Islamiyah terror cell, will be released from prison after serving about half of his 20-year sentence. 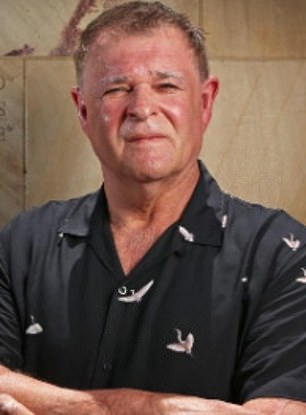 Peter Hughes (pictured) had 50 per cent burns on his body when he gave this interview to Channel Nine from a hospital bed in Bali in 2002. He is now a motivational speaker.

In the Indonesian justice system, sentence reductions are granted to some prisoners on major holidays, with Patek receiving more than 33 months of concessions.

He must remain on probation until 2030, which includes reporting in person to a probation office once a week at first and then once a month, Aprianti said.

But Hughes, who shocked the world when he spoke in a television interview dazed and his face swollen after the explosion, said Patek would never be de-radicalized.

‘There’s no chance they’ll turn it around. This guy was a mastermind who fixed this together with people like [Abu Bakar] Bashir and others,’ Hughes told the abc.

There is a history of people like him. They won’t stop. Letting him out is ridiculous.

Hughes said that while the Australian government cannot directly intervene in Indonesia’s legal system, our leaders should formally protest the decision.

‘Actually we could say something. I wouldn’t want it to be passive. I would like it to be pretty tough,” he said.

Patek, also known as Hisyam bin Alizein, was found guilty by the West Jakarta District Court of helping to build the car bomb that was detonated by another person outside the Sari Club. 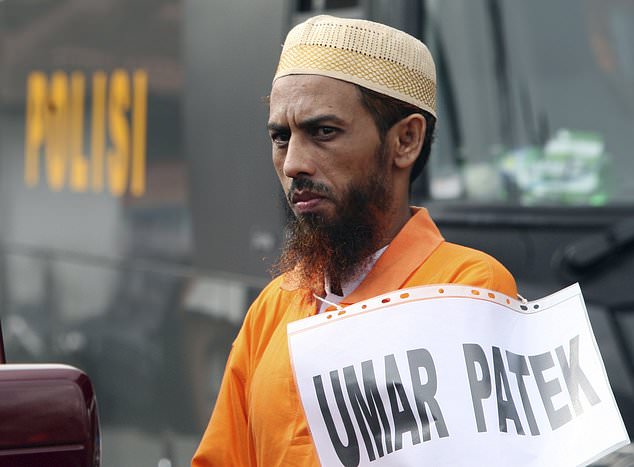 Convicted Muslim militant Umar Patek made the bombs in the 2002 Bali attack.

He spent nine years on the run after the attacks and was at one point one of the most wanted criminals in Southeast Asia.

Deputy Prime Minister Richard Marles said the news would be a “tough day” for Australians and the families who lost loved ones in the Bali bombings.

He told ABC radio that the government had advocated against Patek’s early release and would urge the Indonesian government to ensure he had “constant surveillance” while he was on probation.

He said it was important to keep the dialogue between the two nations open. 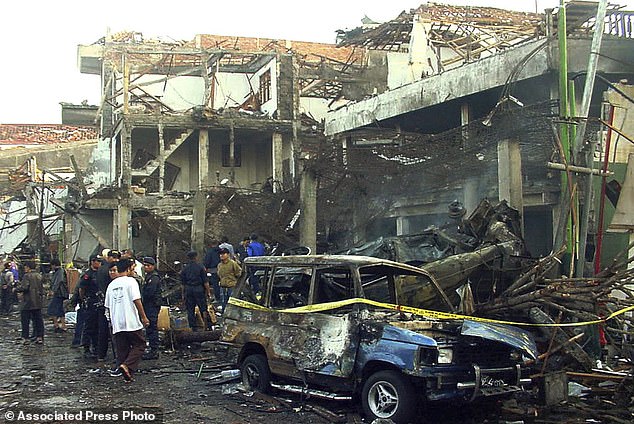 Police officers inspect the ruins of the Sari nightclub after it was destroyed by a bomb blast in Kuta on October 13, 2002.

“We are now dealing with the ramifications together, understanding and respecting that Indonesia has its own legal system… (which) tends to lead to long sentences with early release.”

Indonesian authorities have said Patek was successfully reformed in prison and they will use him to influence other militants away from terrorism.

But Bowen said the government would continue to advocate for the Indonesian government to supervise Patek.

“Through our embassies and consulates, the Australian government makes all necessary representations…to ensure that all…protections and measures will be put in place moving forward as this man is released,” he said. 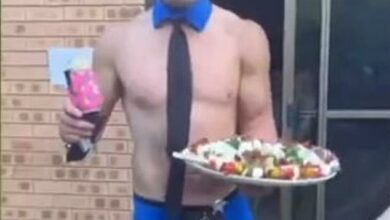 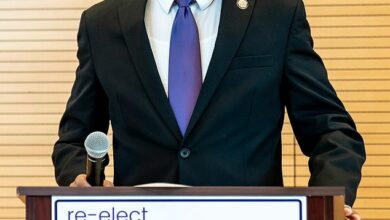 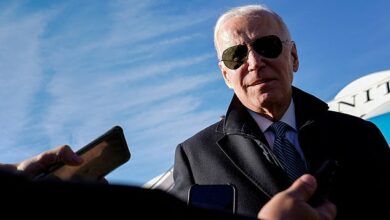 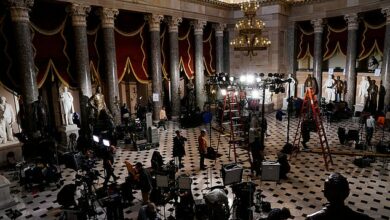