Baker Boy is the big winner of the 2022 ARIA Awards in partnership with YouTube Music, after receiving five awards for his critically acclaimed rap album Gela in tonight’s ceremony at the Hordern Pavillion on Gadigal land.

Pub rockers Amyl and the Sniffers took home two ARIA Awards for Best Group and Best Rock Album after bringing the house down with a plucky performance of their lauded hit song, Guided By Angels.

Iconic children’s group The Wiggles were once again awarded for their efforts as the #1 children’s entertainment group in the world, taking home two awards: Best Children’s Album and Best Australian Live Act presented by Heaps Normal.

Other winners include RÜFÜS DU SOL, who won Producer – Best Produced Album presented by Neumann for Surrender; Tones And I taking home Song of the Year presented by YouTube for Cloudy Day; The Kid LAROI for Best Pop Release with Thousand Miles; Budjerah for Best Soul/R&B Release for Conversations; Casey Barnes for Best Country Album for Light It Up; The Chats for Best Hard Rock/Heavy Metal Album for Get Fucked, British international icon Harry Styles, who was awarded Most Popular International Artist for Harry’s House, King Stingray for Michael Gudinski Breakthrough Artist, Vance Joy & William Bleakley for Best Video presented by YouTube with Every Side Of You and Uncle Archie Roach winning Best Independent Release presented by PPCA with One Song. The full list of winners can be found at the bottom of this release.

The first live and in-person ARIA Awards since 2019 made a triumphant return with eight-time ARIA Award-winner Natalie Imbruglia as host alongside songwriter and drummer G Flip and ARIA Award winner Ruel.

Broadcast across Australia on Channel 9 and 9Now, and around the world via YouTube, viewers were treated to a dazzling evening celebrating the best in Australian music with performances by Amyl and The Sniffers, Baker Boy, Budjerah, Casey Donovan, Dami Im, Flume (Ft. MAY-A), Jessica Mauboy, KYE, Natalie Imbruglia, Peking Duk, RÜFÜS DU SOL, Thelma Plum, Tones And I and Vance Joy.

The 2022 ARIA Awards also marked a momentous occasion to honour and celebrate the ARIA Hall of Fame greats lost in the past 12 months: Olivia Newton-John, Uncle Archie Roach and Judith Durham. ARIA Award-winner Budjerah, Thelma Plum and Jess Mauboy joined together on stage to perform One Song in memory of beloved Gunditjmara and Bundjalung elder and singer, Archie Roach. Casey Donovan and Dami Im each performed a solo to commemorate the career of former singer of The Seekers, Judith Durham, with I’ll Never Find Another You and The Carnival Is Over.

To close out the evening, host Natalie Imbruglia paid tribute to beloved homegrown superstar Olivia Newton-John joined by KYE, ARIA Award-winners Peking Duk and ARIA Award-winning singer and musical director of the tribute, Tones And I. The group delivered a stunning performance of Hopelessly Devoted To You, Xanadu and fan favourite You’re The One That I Want.

ARIA CEO, Annabelle Herd, said: “It was so special to have everyone together again at the iconic Hordern Pavillion celebrating the best of Aussie music and the joy that it brings to audiences here and around the world. Huge congratulations to all the winners from across Australia, in particular Baker Boy, who’s success with five ARIAs this year is absolutely inspiring. No one can deny that the talent, energy, and world-class creativity we have in Australian music deserves to be celebrated. Thank you so much to our hosts Nat, Ruel and G Flip, our sponsors, the amazing ARIAs team, and all the artists, nominees and their teams. We are so thankful to all those who were involved with making tonight so special, and for everyone who is a part of this amazing industry. Heading into 2023, the future of Aussie music is looking very bright.”

Google Australia Managing Director, Mel Silva, said on behalf of YouTube: “What a night for Aussie music! A huge congratulations to all the winners, nominees and performers! We are so proud of the partnership between YouTube and ARIA, and for four years now, to be able to support, spotlight and celebrate the Australian music industry and share our incredible local artists with the world, streamed on YouTube. After a small hiatus, it was so much fun to be back on the red carpet with everyone too. We hope viewers at home also enjoyed all the glamour and excitement, and #ARIAs Shorts!”

Minister for Tourism and the Arts Ben Franklin said, “The NSW Government is proud to support the ARIA Awards and joins ARIA in congratulating the incredibly talented recipients this year and celebrating the dedication and innovation in music that the ARIA’s represent. The ARIA Awards underscore the importance of live music to the NSW visitor economy. We look forward to supporting large-scale events that provide opportunities for our musicians to perform in front of their fans and position NSW as the major events capital of the Asia Pacific.”

The 2022 ARIA Awards in partnership with YouTube are proudly supported by the NSW Government through Destination NSW. 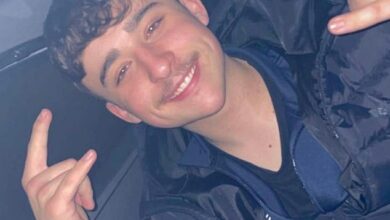 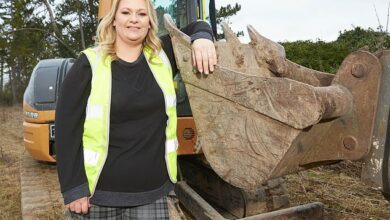 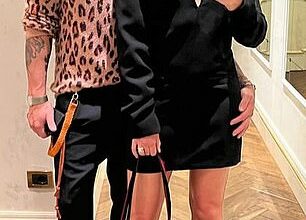 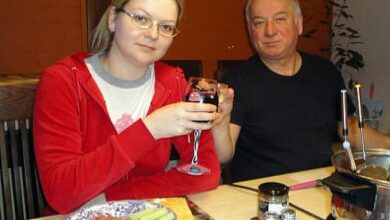 5 hours ago
Featured Posts
Spezia 0-3 Napoli: Luciano Spalletti’s side carve out a SIXTEEN point lead at the top of Serie A
16 mins ago

Will ChatGPT take my job? Experts reveal the five professions at most risk from AI
24 mins ago