Is this the most significant choke in Australian cricket? Aussies skittle England for 99 however FAIL to chase after meager overall and lose awesome U19 Females’s World Cup semi-final by 3 runs

England pulled off a sensational win in the Women’s Under-19 World Cup, as they defended a total of just 99 to beat Australia by three runs and set up a final against India on Sunday.

Hannah Barker finished with three wickets for just 10 runs on an incredible afternoon in Potchefstroom, in which England’s tail accounted for over half of their runs.

The duo put together a useful 30-run partnership that was broken when Hayward was bowled by player of the match Hannah Barker in the seventh over, before Moore fell to Grace Scrivens halfway through the innings to leave Australia 4-48.

Amy Smith, Australia’s latest recognised batter, and Ella Wilson took the Aussies to 77, before the former was caught by MacDonald-Gay off the bowling of Josie Groves.

Wilson and Milly Illingworth dug in to take Australia within three runs of the total, but their partnership was broken when the latter was run-out by a superb direct hit from MacDonald-Gay. 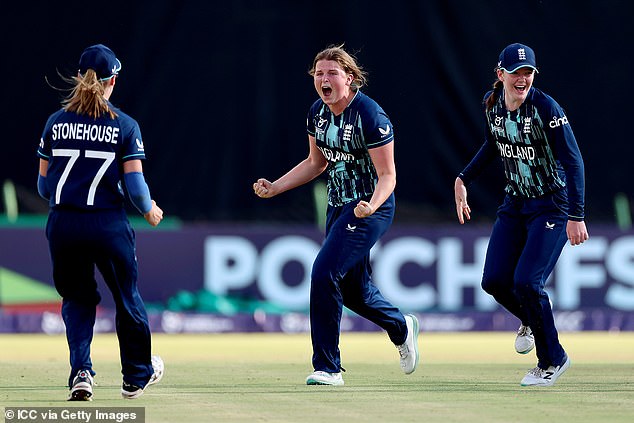 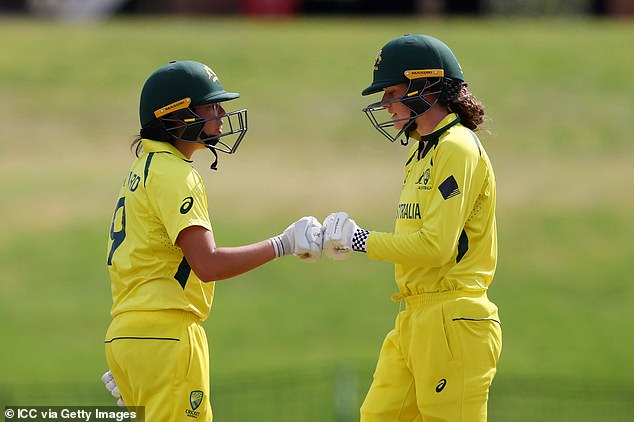 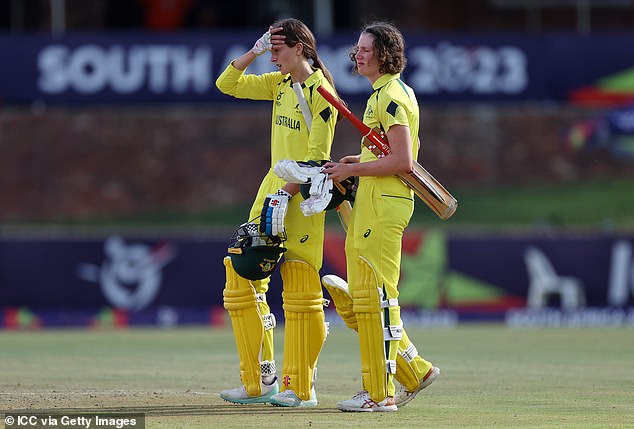 Speaking after the game, Baker insisted England never doubted they could come back into the game once they started taking wickets regularly.

‘Everyone’s adrenaline was going off. We just wanted to keep getting wickets and go as far as we can,’ she said.

‘Our bowling attack was good, fielding was brilliant. There’s always doubts but we had confidence. I just wanted to rip the ball and take wickets.’

England captain Grace Scrivens praised her side’s ‘great bowling’, but admitted she was struggling to articulate her feelings after such an incredible finish.

Predictably, McKenna struck a far more sombre tone as she reflected on a dismal implosion.

‘No one likes losing, especially in the semi-final,’ she said. 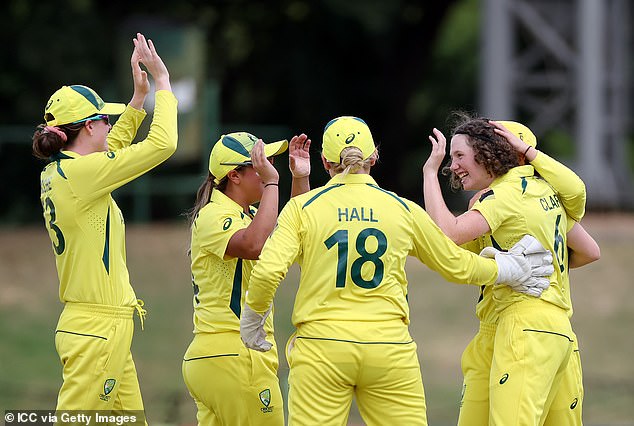 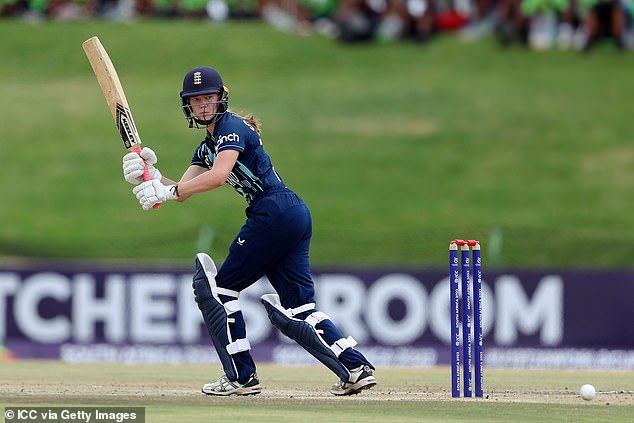 ‘Losing bulk wickets in a short period of time is what cost us. Our bowling has been exceptional, [but the] batting hasn’t been good enough at times.’

Australia looked set to cruise to the final after reducing England to 7-45 inside 10 overs.

Scrivens and Seren Smale were the only two of England’s top-six players to reach double figures, but when the former was caught by Moore off the bowling of Ginger the writing seemed to be on the wall.

But while their top-order struggled, England’s tail wiggled decisively as Alexa Stonehouse and Groves combined  for a crucial 40-run partnership that ultimately proved match-winning. 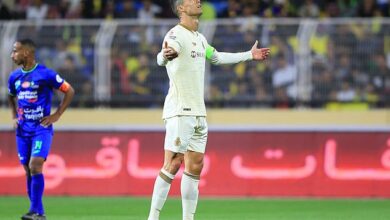 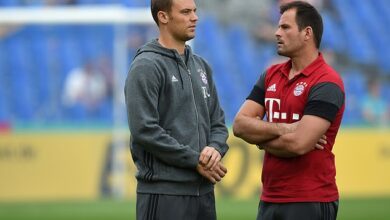