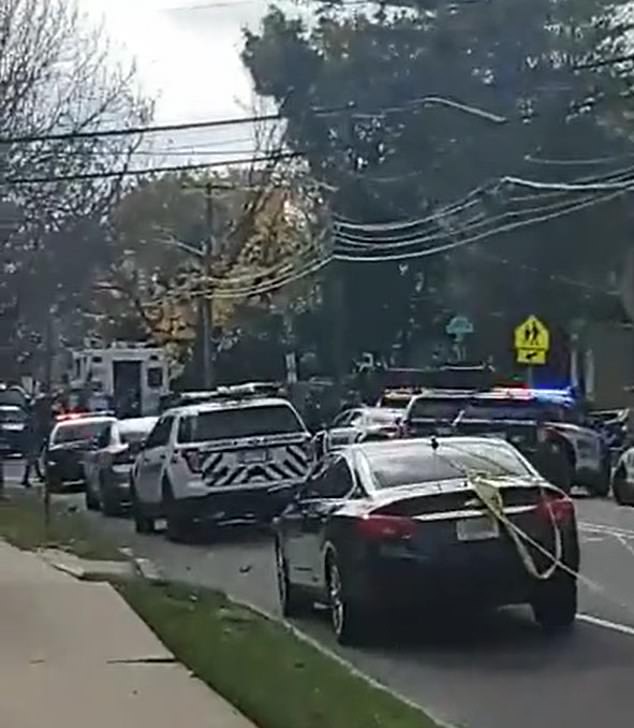 By Neirin Gray Desai for Dailymail.Com

At least two police officers were injured in Newark, New Jersey, during a shootout with a gunman firing from a rooftop.

There are reports that the gunman used a rifle around 2 p.m. Tuesday and fired directly at the police.

The shooting reportedly took place near the intersection of Van Velsor Place and Chancellor Avenue in Weequahic, Newark.

The suspect is still at large, and FBI, ATF and US Marshals are all present, a Fox5NY reporter at the scene said.

SWAT units are now on site to assist in the search for the suspect.

“I am aware of and closely monitoring an unfolding situation in Newark. I am in contact with the local authorities and the state is providing the requested resources. We will continue to support local law enforcement and make sure all residents are safe.”

The gunman allegedly fired around 2 p.m. on Tuesday, injuring at least two officers

DEVELOPMENT: Reports that a gunman in an elevated position shot 2 police officers in Newark, New Jersey. Shooter reportedly uses a rifle and actively shoots at police.

Jacky - January 27, 2023
He stated the guy had actually made some admissions to cops throughout his interview.No application for bail was made, however Brancato flagged it...

Like a speed demon: De Minaur advances in style